Why the future of food may include worms. 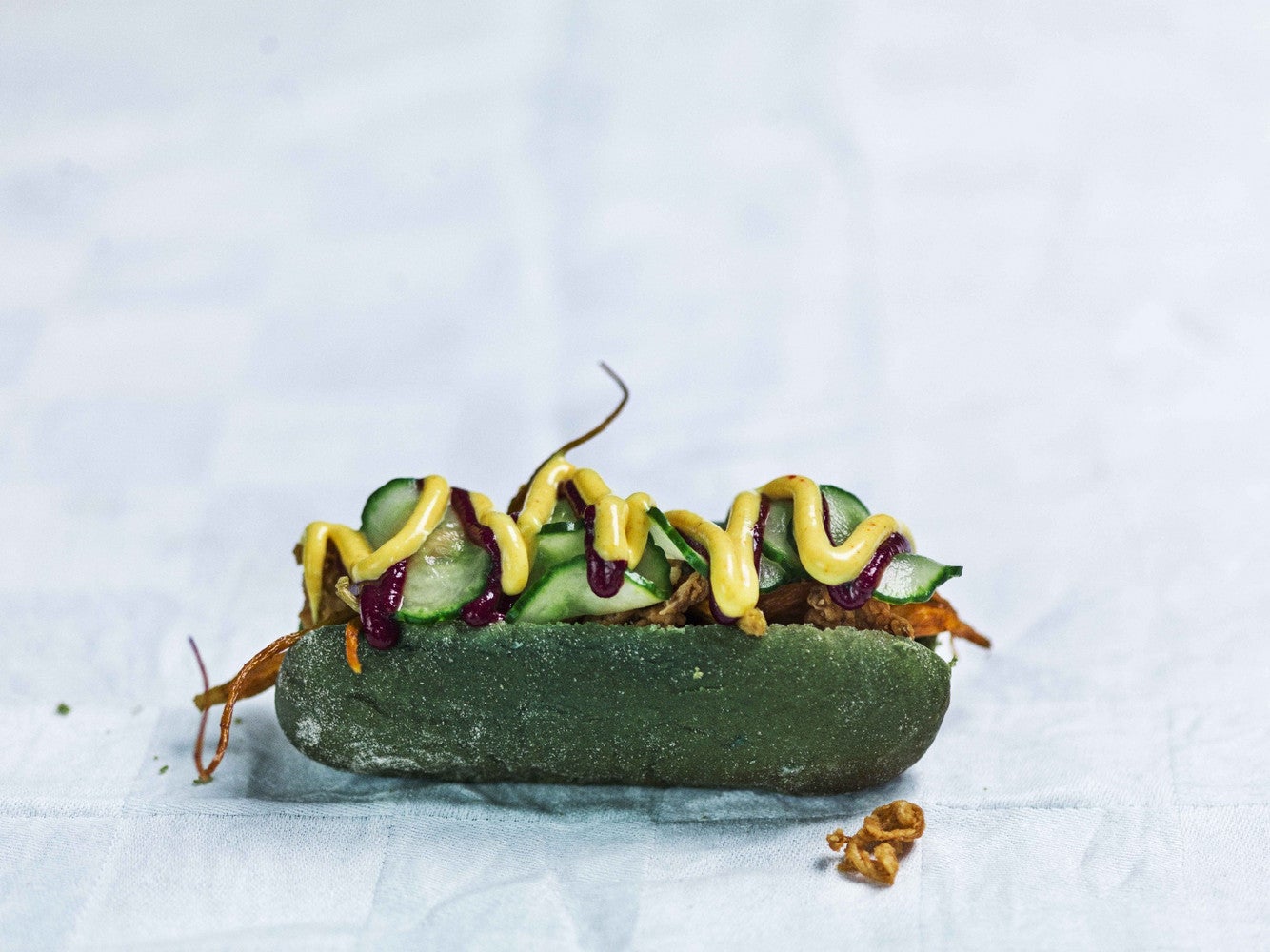 Photography by Kasper Kristoffersen for Space10

Ikea is putting bugs in its food. No, this isn’t a repeat of the horse meat meatballs debacle (#neverforget)—this time, the retailer knows exactly what it’s doing, and it’s all in the name of sustainability.

It all started a few weeks ago, when rumors of a veggie hot dog created by the Malmo, Sweden branch started circulating. According to the Instagram announcement, this new addition to Ikea’s menu will officially be available at all European locations starting August 2018, and is part of the retailer’s plans to include more plant-based ingredients in its food.

Introducing the “Bug Burger:” A creation that looks pretty innocuous at first glance, but is actually made up of a patty containing 100g of beetroot, 50g of parsnip, 50g of potatoes… and 50g of mealworms. Yes, mealworms. A second option called the “Neatball” is also made of mealworms—we sense a food trend coming on; move over, unicorn toast. Although, if you prefer your “plant-based” food to be, well, plant-based, there’s a veggie option as well.

Other items announced include the “Dogless Hotdog,” which uses a carrot instead of a hotdog, and sits in a vibrant green spirulina bun; the “Lokal Salad,” which thankfully really is just a salad, and doesn’t contain remnants of any form of insect; and the “Microgreen Ice Cream,” which sees herbs and microgreens pureed into an ice cream-like texture for a dessert so healthy, it would make Gwyneth Paltrow shed a tear of joy.

“At Space10, our research is rooted in an important principle,” writes the company in an announcement. “Dishes shouldn’t just be healthy or sustainable: They must be delicious, too. To change people’s minds about food, to inspire them to try new ingredients, we can’t just appeal to the intellect—we have to titillate their taste buds.”

As the foods are still being developed and aren’t available to consumers (yet), there’s no real way to test this. And while the idea of willingly ingesting insects or putting leaves in your ice cream may initially sound off-putting, Ikea’s actually doing it for a very good reason: sustainability.

According to a 2017 Fast Company article, the retailer has been getting more serious about food since realizing that around 30 percent of Ikea Food customers are frequenting the stores just to eat. And as the company is well-known for its numerous sustainability initiatives—from an eco-friendly Frakta bag to solar panels to furniture rental and buyback programs—this newest plan might just be its in to an untapped food market.

For example, the croutons on the salad are made from leftover bread. The salad mix used in the burger is made from hydroponically-grown (grown sans soil) greens. The bugs may be gross, but they’re used in the name of sourcing alternative proteins that are better for the environment—and this is also why the “Dogless Hotdog” uses spirulina buns, which contain more protein than your average hotdog does in its entirety.

These (literally) green items may not be on menus quite yet, but it will be interesting to see how the 30 percent of loyal Ikea foodies react if and when mealworm meatballs ever hit mainstream. In the meantime, don’t worry: Those cinnamon buns and lingonberry jams aren’t going anywhere anytime soon.

Ikea Has a Swedish Supermarket, and These Are the Best Things in it Renting Furniture From Ikea May Soon Be a Reality Prep for Summer Now with Ikea’s New Outdoor Essentials