Is This the Future of Ikea Furniture Assembly?

These robots may just be better at assembling Ikea than you. 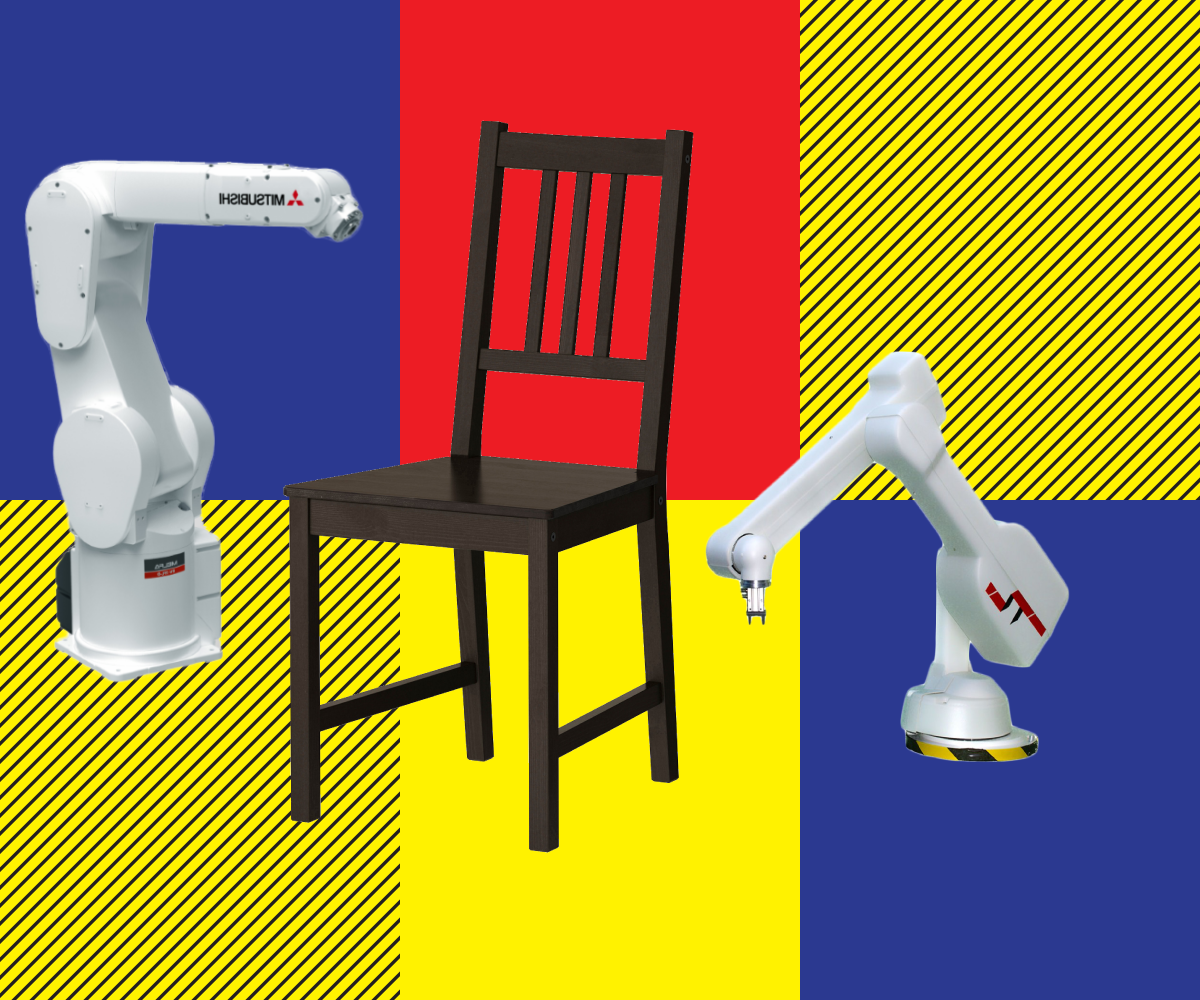 Love Ikea, but hate the hassle of assembling it? It’s a common complaint. And given that the company recently bought TaskRabbit to easy your furniture setup, it’s clear that Ikea understands the problem.

But what if they took it even further? After all, as amazing as TaskRabbitters might be at assembling Ikea pieces, they’re only human—and don’t robots make everything easier?

According to Science Today, a team of engineers at the Nanyang Technological Institute in Singapore has created robots that can do the impossible: assemble an Ikea Stefan chair kit in a little over 20 minutes. The researchers employed two robotic arms for the task and laid the chair parts out in random patterns, without providing any special considerations for the item’s assembly. (Robot arms are not like human arms, after all.)

By using 3D cameras and force sensors, the engineers provided the robots with the tools they needed (basically, sight and touch) to assemble the product, and provided an algorithm consisting of the motions the robots needed to follow in order to construct the item without any bumping into each other.

“Putting together a chair requires a combination of complex movements that, in turn, depends on such skills as vision, limb coordination, and the ability to control force,” write the researchers. “Until now, that was too much to ask of even a sophisticated robot.”

For example, in order to insert a tiny wood peg into one of the many scattered wood pieces around them, the robots have to find out exactly where each peg is supposed to go, move the peg into position, and then exert just enough force to make sure the peg stays in place. As the robot arms actually work without controlling force in their daily use, force sensors had to be placed on the robots themselves, so they wouldn’t crush the chair pieces into sawdust.

Are the robots better at assembling furniture than you? (Probably!) Check out the full video above.

Unfortunately, though, this doesn’t mean that the robots are soon coming to an

near you. As the engineers had to do a fair bit of hand-holding by providing the code, controlling the force, and installing cameras so that the robots could take photos of each stage in the process, the robots are far from ready to go out into the world of home decor.

Head engineer Quang-Cuom Phang explained to Wired, “The final level is we show the robot an image of the assembled chair and then it has to figure it out. But I would envision this last step not in the next probably five or six years or so.”

If even artificial intelligence is perplexed by

you might want to stop feeling too bad about your own assembling abilities.