This Season’s It Accessory Just Happens to Be a Chair

You only need one. 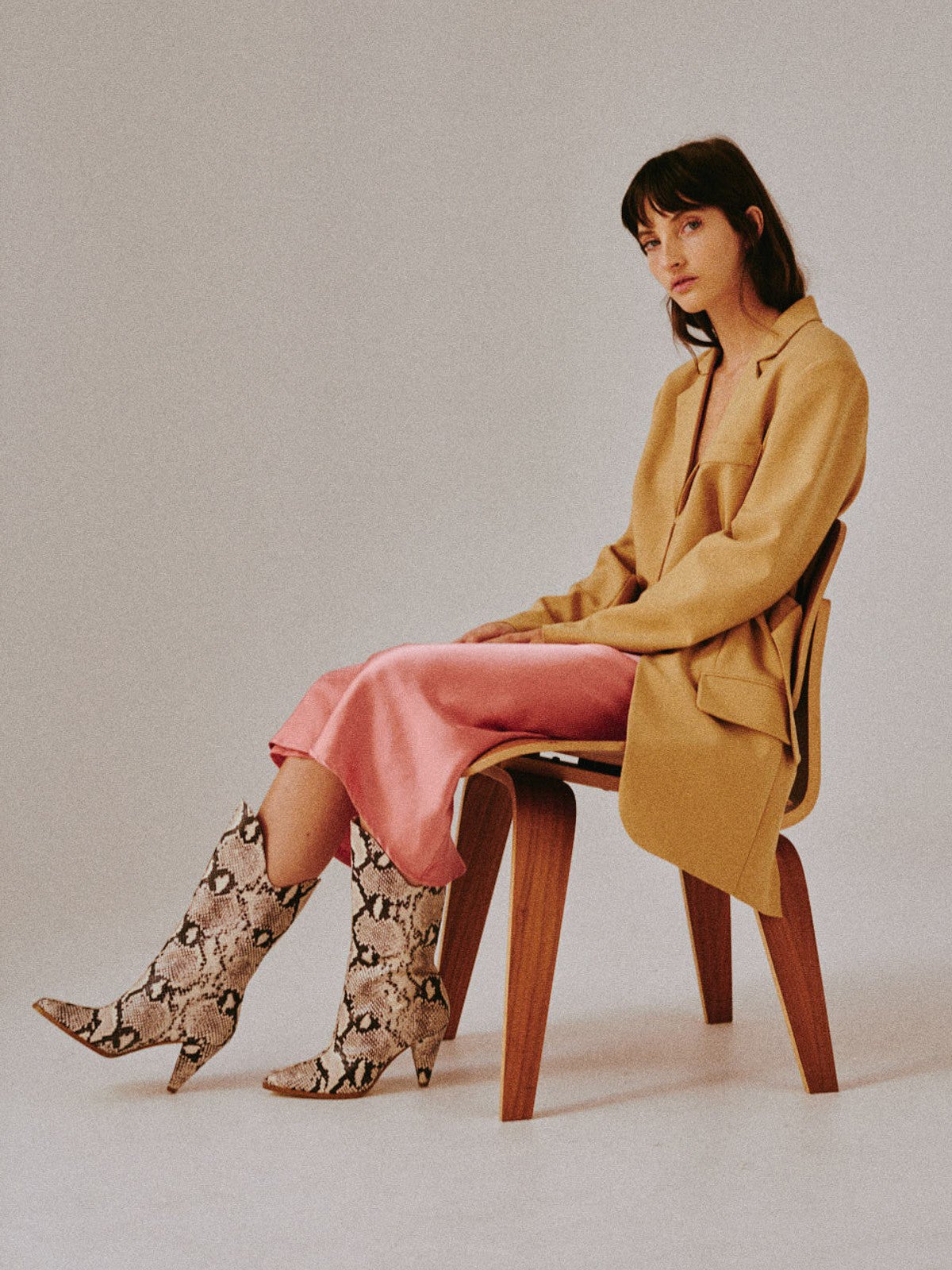 Whoever said statement bags were a waste of money probably never owned a statement chair. Similar to their sartorial sisters, It chairs have the status chops to upgrade an entire room (like the classic move of pairing a Celine clasp bag with Levi’s and a Madewell T-shirt), drawing attention away from the perfectly functional and onto its glorious self. And since you’re only buying one (heroes don’t really come in pairs—hence all those Batman movies that don’t also star Robin), these pieces can be relatively affordable big-impact buys.

We’re not the only ones feeling this trend. Twentieth-century design icons are starring in all sorts of fashion campaigns this season, lending a sense of context—and a not-so-subtle wink at good taste—while elevating the clothes or accessories. This is why creative director and stylist Jazz Mignone sat model Lily Hutchinson, clad in a drapey beige trenchcoat, on an Eames LCW for Aussie label Jaggar shoes. And why statement chairs are clogging the Instagram feeds of influencers and models—take Rosie Huntington-Whiteley’s recent posts spotlighting an  Eames lounge chair and Hans J. Wegner’s Flag Halyard chair, the latter of which was a princely gift from her longtime partner, actor Jason Statham. Here are a few classics we’ve spotted in our feeds.

Jeanneret, cousin of Swiss-French architect Le Corbusier, conceived this graphic teak-and-cane beauty in the mid-1950s. Sturdy V-shaped legs made from a nearly indestructible wood and a sultry summer-in-the-city vibe make it a practical and pretty favorite with designers like Joseph Dirand.

This post-WWII chair from the original design power couple Charles and Ray Eames is possibly the most recognizable chair and easily the sexiest use of molded plywood ever. Its ergonomic design (it was go-to seating for schools and offices for decades) means it’s comfortable, while the tension between its clean lines and soft curves sums up mid-century appeal.

While this sleek chrome and black leather perch feels very ’70s disco-chic, it’s older than it looks. Dutch architect and designer Stam’s cantilevered chair was a hit when it debuted nearly a century ago.