When COVID-19 Happened, This Couple Moved Into Their Home Mid-Reno

And gutted it between Zoom calls. 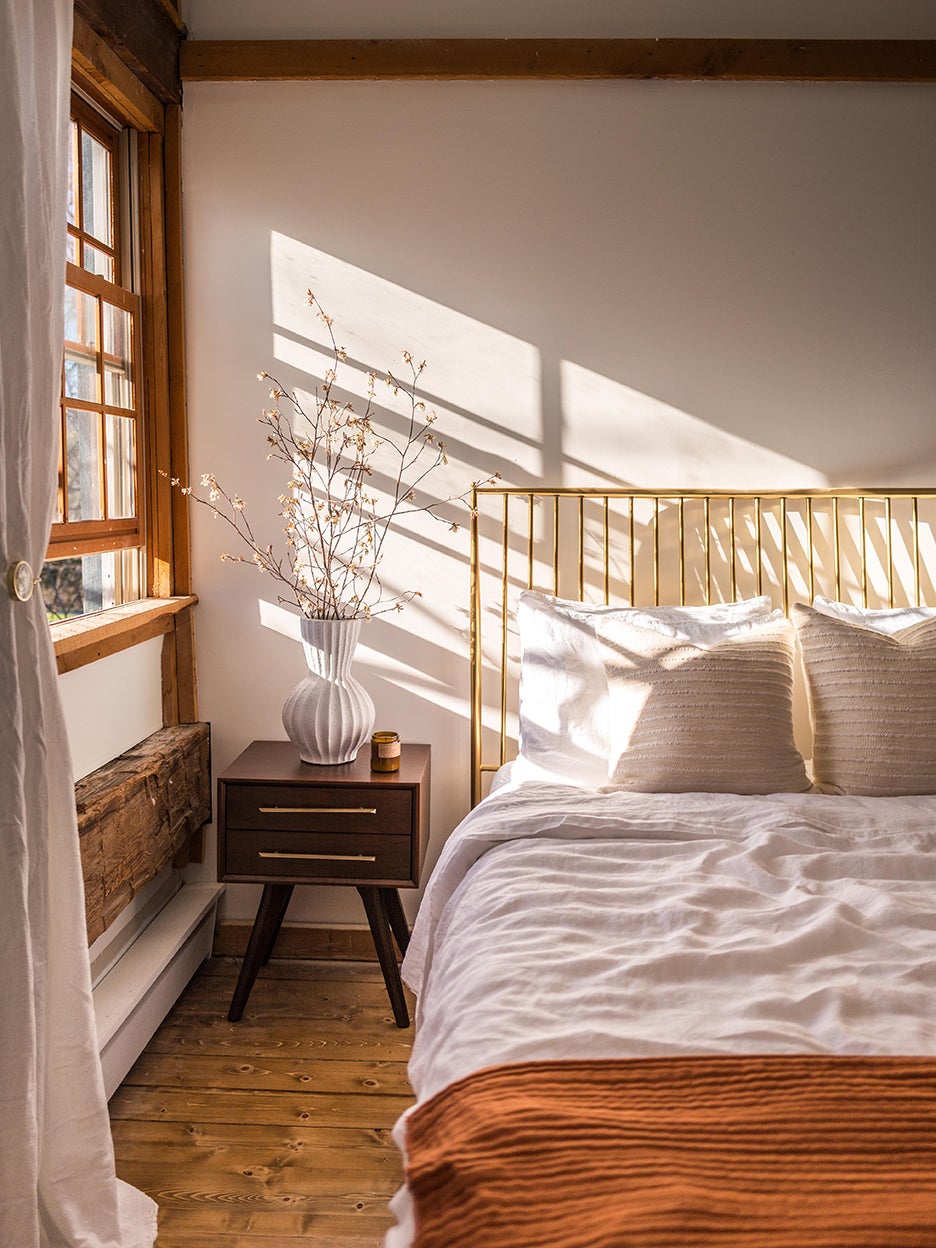 This wasn’t Danielle and Ely Franko’s first foray into renovating. Just a few years ago, the couple gutted a 1970s A-frame cabin in Tannersville, New York (which they turned into a vacation rental called the Hunter Greenhouse). But their second project, a much older 1850s barn house just a few towns away, posed a series of challenges: broken windows, ripped-open bathroom walls, and loose wires everywhere, to list a few. And they had a 1-year-old, Elie, in tow.

They forged ahead anyway. After all, the pair had been looking for another property for months and fell in love with this crumbling hay barn instantly. After nearly losing a bidding war, they swung the first sledgehammer. Then COVID happened.

By mid-March, their main residence in Westchester County, the epicenter of the pandemic, no longer felt like a safe place to be. So they packed up and moved into the construction site upstate. Between baby naps and Zoom calls—Danielle is a dermatologist and Ely is a software developer—they squeezed in renovation projects. “It was definitely stressful at times not having a working kitchen, but it was also a lot of fun,” says Danielle.

The couple prioritized living well amid the chaos, stocking up on cases of good wine and grilling most of their meals outside to make up for the lack of an oven. In just a few short months, they had glued, painted, and tiled their way to creating a charming weekend escape. One of their secrets: staying flexible. Read on for five more.

“The biggest thing we looked for was character,” says Ely. “You can change a lot, but adding charm is difficult if it doesn’t already have it.” With soaring ceilings, beams that predate the Civil War, and wide-plank hemlock and southern pine floors, this house fit the bill. The couple had the floorboards professionally refinished and sealed—one of the few things they didn’t do themselves—and kept all the original joists.

The Frankos kept the bathrooms’ original footprints, which saved them from having to move plumbing and drain lines. Even the bathtubs stayed—including the claw-foot one, originally painted a fire-engine red, which was missing a leg (the couple stabilized it with a wood support). Each was professionally sanded down, painted, and sealed.

Get Down and Dirty

Danielle took on the tiling of all three bathrooms herself as another way to cut down on labor expenses. After spending a few hours parsing through options on the Fireclay Tile website, she ordered a selection of samples and held them up in each room to see how they looked. In the end, she landed on a selection of light gray hex and brick patterns, which she diligently laid out on the floors and shower walls. “I don’t ever want to do tile or grout again,” she says, laughing. Still, the hard work paid off.

The couple looked at dozens of kitchen cabinets online before coming to the conclusion that they disliked every single one (save for a few overpriced options). Ely started drawing out some ideas in a notepad with a ballpoint pen and, taking a leap of faith, decided to try constructing them by hand using 4-by-4s and 2-by-4s from the hardware store. “I would close my eyes at night and imagine how all the pieces would fit,” he remembers. Patiently, he glued, screwed, sanded, stained, and sealed each piece. “It’s the greatest thing I will ever build. I couldn’t be more proud of how they came out and how rock-solid they stand,” he says.

Pivot on a Dime

Without much thought, the couple ordered a generic stainless steel vent hood. “There ended up being two problems with that,” says Danielle. “It was ugly, but we also just so happened to hang the hood dead center on a stud, which meant there was no way to route the exhaust duct straight back.” To hide the crooked system, they designed a white alternative, which they lined with a wood border. “At first it felt so big and intrusive, but we love it now,” she adds. In the end, not planning in advance served them in more ways than one.