Swap your standard brush for this DIYer-approved tool. 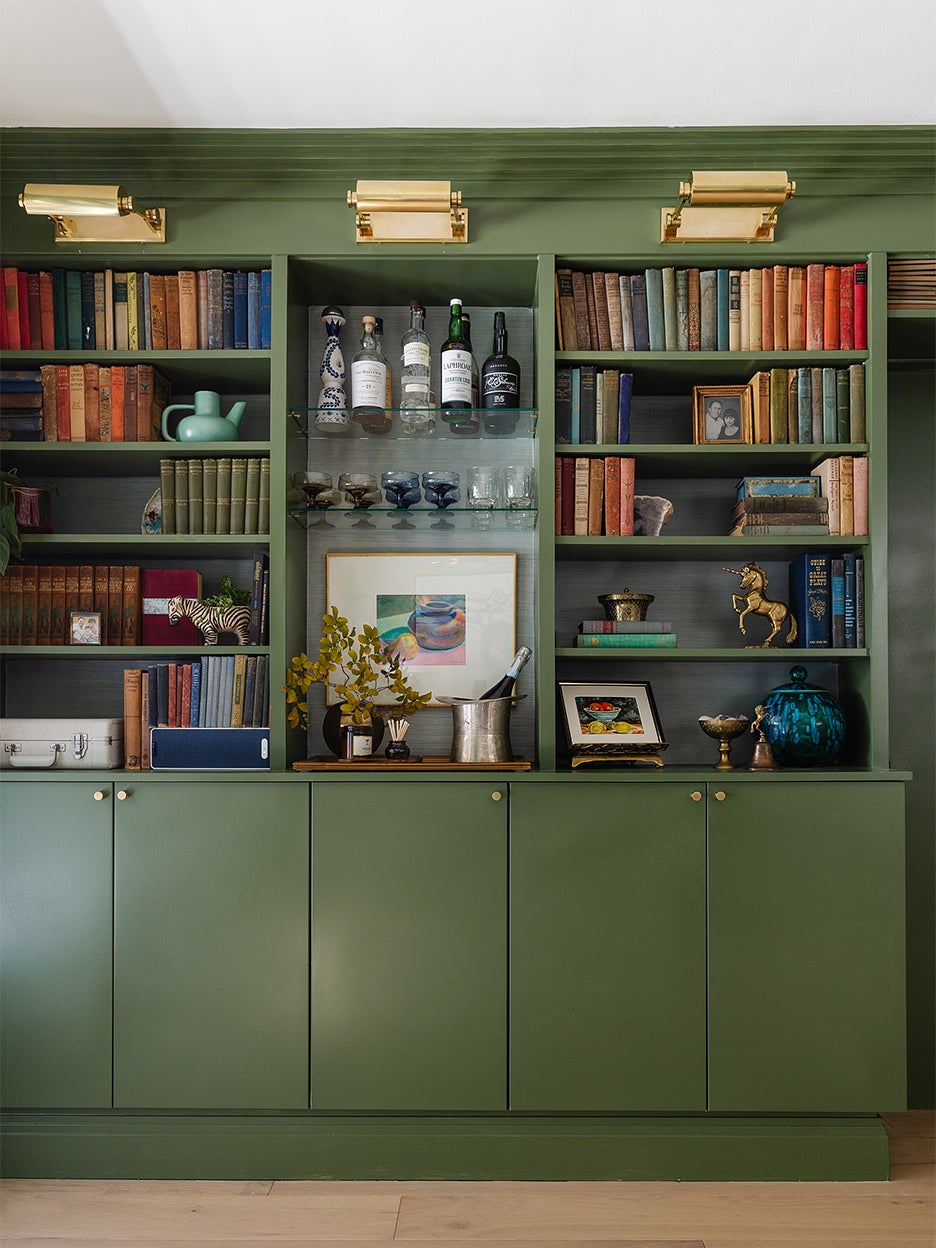 Paint is easily the most popular tool people use to hack their IKEA furniture, but that doesn’t mean painting is easy. The process requires more than just a drop cloth and bristle brush. For the job to look truly professional, you’ll have to take after designer Rebecca Plumb, who added a whole wall of storage to her dining room using the Swedish retailer’s popular Billy bookshelves and Sektion cabinets, now painted in Oakmoss by Sherwin-Williams. “I wanted it to be this little jewel box,” says Plumb.

The thing that makes painting IKEA stuff tough is the furniture’s seemingly impenetrable laminate finish. The key, as Plumb figured out, is sanding, painting, and drying on repeat (in her case, four times to be exact). “And then it took about another week for it to completely cure,” she explains. So budget your time accordingly and then read her tips for achieving a seamless look, below.

To start out, avoid picking any IKEA pieces that only come in a high-gloss treatment, as it naturally makes the surface hard to fuse with paint. For the lower part of the library-slash-barware storage wall, Plumb opted for shallow Sektion cabinets (the Veddinge door style is the most paint friendly). The upper portion is made up of Billy bookcases flipped upside down.

Do: Leave More Time Than You Think You Need Between Coats

Per her painter’s recommendation, Plumb first applied Sherwin-Williams’s Extreme Bond Primer on the doors after lightly sanding them and wiping them down. “My biggest tip is to give yourself time—basically 24 hours between each thing at least,” says Plumb. To make the whole process easier on herself, she laid out all the fronts in her garage on a large table and primed everything else as is, installed.

Don’t: Use a Paintbrush

After sanding the doors again once the primer had dried, Plumb proceeded with covering them in the Oakmoss color in a semigloss enamel finish—using an electric handheld sprayer. The one she bought isn’t necessarily fancy (it’s under $200), but she estimates it saved her around 10 hours of work. “It’s much cheaper than hiring someone, and it gives you way better results than a brush,” she says.

Not up for a DIY? Never fear: Kick-start your project with HomeAdvisor’s directory of paint pros in your area.

Do: Bring the Heat

A high-temperature room helps paint dry faster, so while you want to do the painting part in a cooler space (that way nothing dries too fast), when you are done with your coat, leave it in a dry, warm spot. Plumb went so far as to put a heater in her garage to help speed up the process. “I’m in California, where it’s pretty dry, but for someone [living in] a humid climate, it would take longer,” she warns.

Don’t: Buy One Type of Sandpaper

Sanding in between each coat of primer and paint helps create a slight grit that the next layer can bond to, but after applying the first coat of paint, switch from a tougher sandpaper (around 120 grit) to a finer option that acts more like a polisher (about 800). This way it doesn’t leave scratch marks.

Do: Frankenstein the Sides for a Bespoke Look 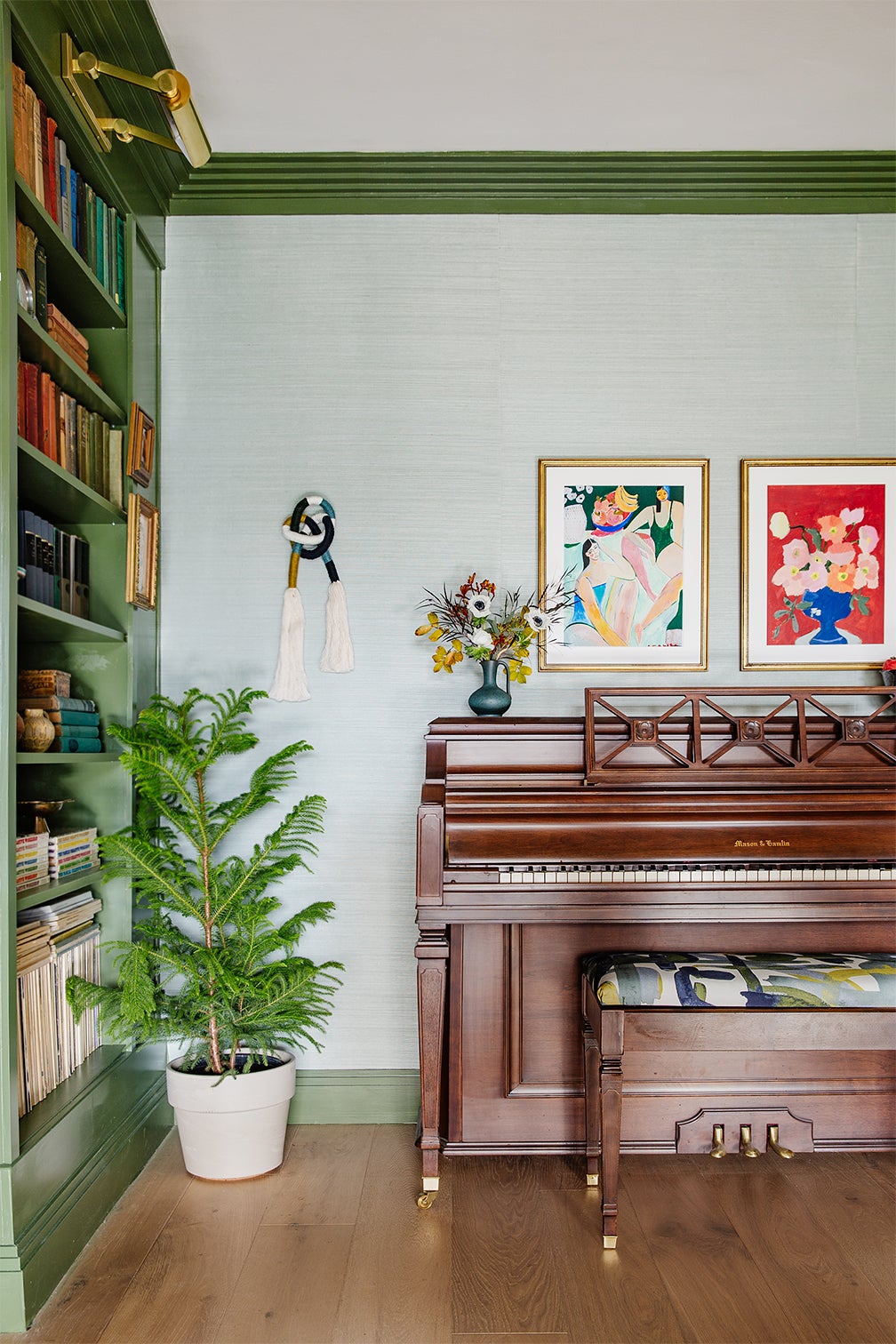 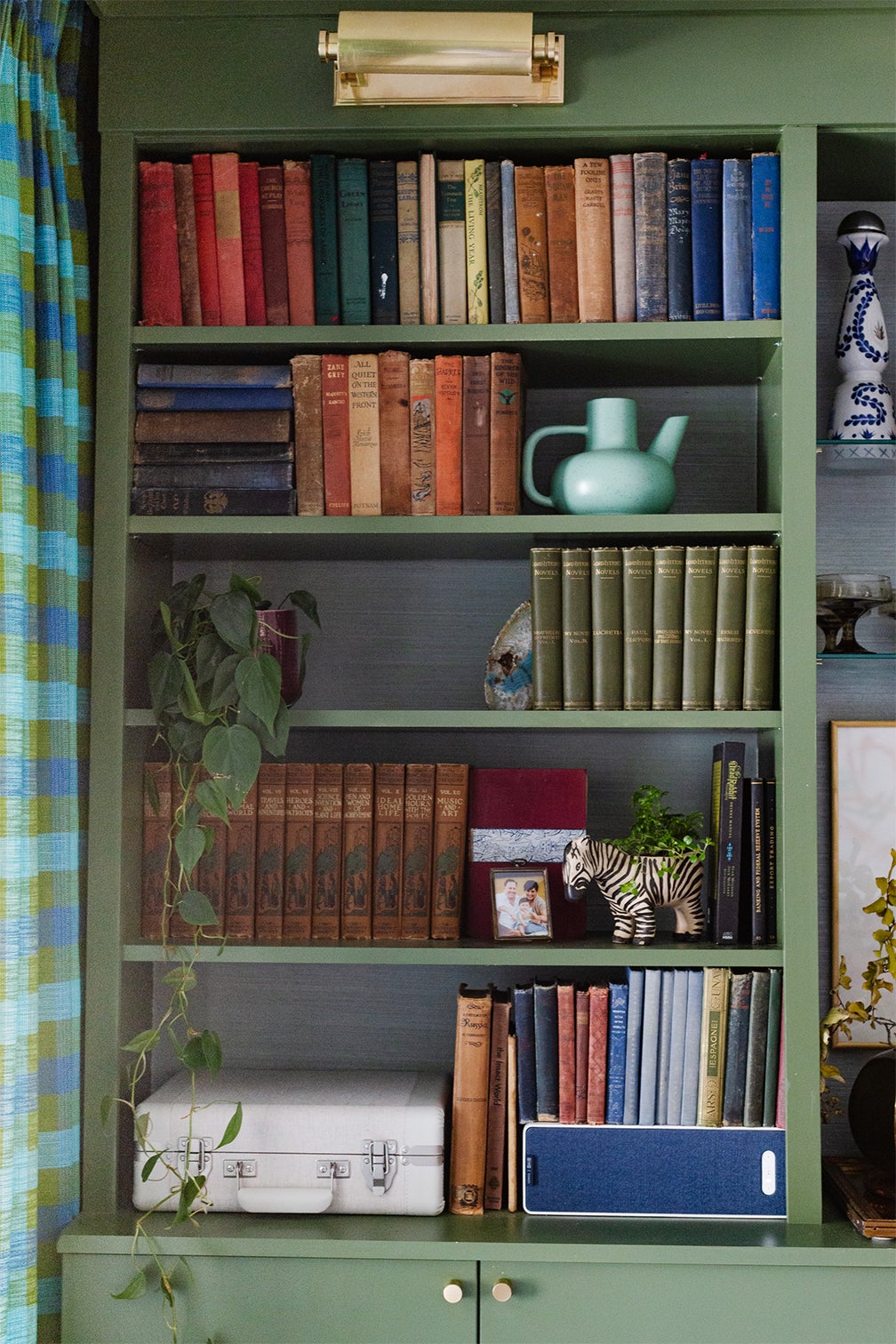 The rest of making an IKEA bookcase look truly built-in has to do with all the pieces around it. With her engineering-savvy dad’s help, Plumb added vertical trim in between the shelves to beef them up, plus the base is lifted up on 2-by-4s to accommodate the rest of the space’s thick molding. “It has to be almost sealed to the wall,” she explains. Another custom moment: She left a small gap near the windows so the curtain panels can extend behind it. It’s the little things—spacing, tools, prep work—that count.