Why You Should Totally Be Growing Marijuana in Your Garden

Six things a garden designer has learned along the way. 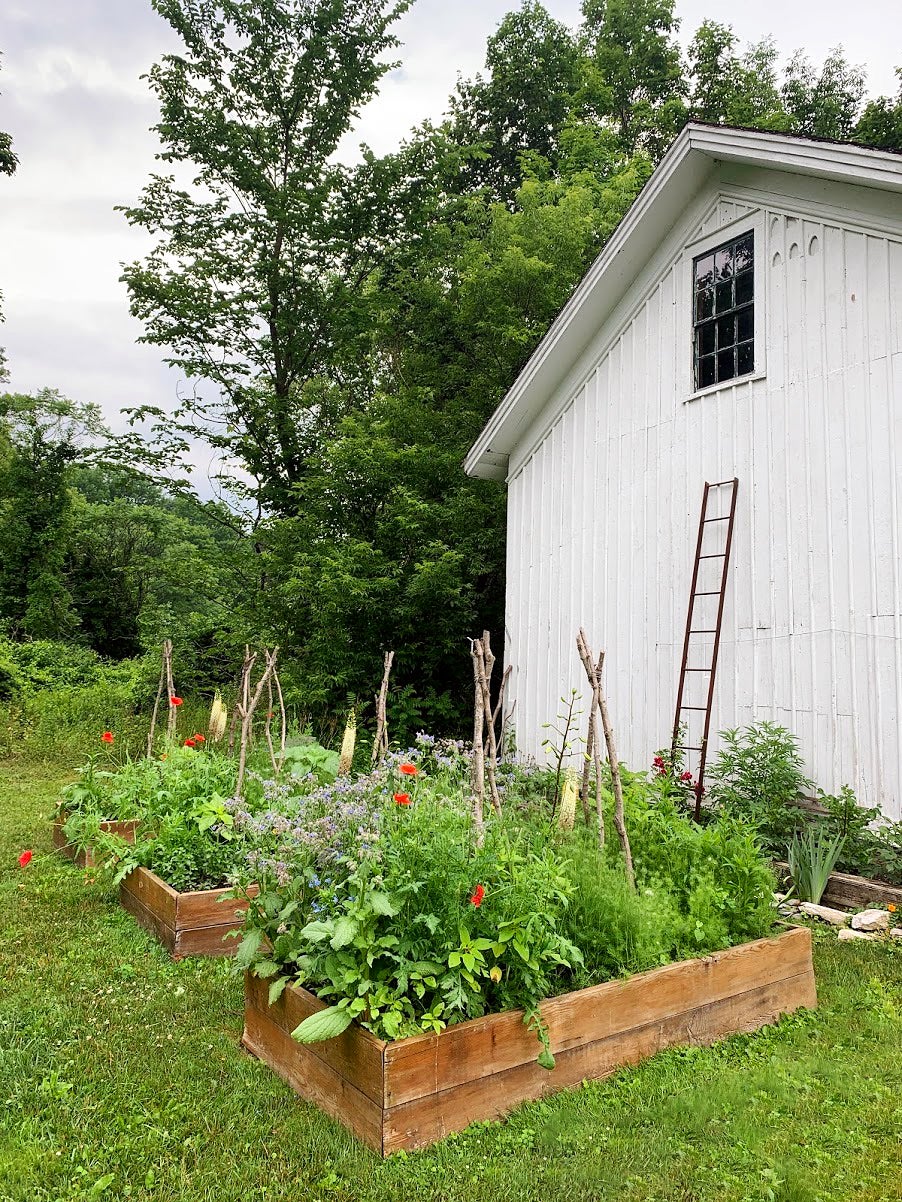 In my teenage years, I had only ever known weed as something illicit: Made-up early-morning tutorial sessions to account for wake-and-bakes before first period and endless clouds of smoke quickly followed by clouds of Axe body spray, with the naive belief that one potent smell would cancel out another.

So when an acquaintance of mine who lives near my home in Massachusetts texted to ask if I’d like a marijuana seedling back in 2018, my first impulse was to delete the evidence from my phone altogether. Pot was meant to live in those shaded margins of my life along with things like my dating app history. Plus, while I design gardens for a living, I had only ever been a casual weed connoisseur. How would I even know what to do with it?

Three years later, I’m happy to report that marijuana is a plant I gladly welcome into my garden each spring, and not just for the obvious reasons. But in case you feel as perplexed as to where to begin as I did, here are a few things I’ve learned along the way.

Here’s the deal: Yes, it’s legal, but (unfortunately) not everywhere, and because of that, rules vary state by state. Where I live in Massachusetts, you can have up to six plants per person with a max of 12 per household. In Michigan you can grow up to 12 plants as a single individual. This March Governor Andrew Cuomo passed legislation in New York stating that adults over 21 can grow three mature plants, with six maximum per household. Confusing much? All of this is to say, I highly recommend that you do your research first.

It’s Easier Than You Think

A lot of people have the idea that growing pot involves a complicated system of lights, hydroponics, fertilizers, thermometers, and numerous other gadgets. This is largely due to the long history of the plant needing to be grown in secrecy in locations that were far from ideal—think: basements and attics. I’m happy to report that this isn’t the case at all. There’s a reason why we call it weed. It grows like one in its native range in Central Asia and anywhere else where it gets full sun and a little care.

As far as how you go about getting your plant, there are a few different ways. That same friend who texted me three years ago still does an annual swap with me in exchange for some vegetables, but you can procure your own seeds either through a local dispensary or seed bank distributors. Ask for what are called “feminized” seeds: essentially ones that are guaranteed to be female and produce buds. What you don’t want is a male plant, which will only have pollen sacs that will try to pollinate your female plants, which will, in turn, put all their energy into making more seeds.

But It’s Not Completely Hands Off

Low-maintenance doesn’t equate to no maintenance. There are three pro tips I’ve learned along the way through conversations with friends, neighbors, Instagram followers, and a couple dispensary workers I’ve met. First, choose a location that gets plenty of air circulation, since the plant can be relatively susceptible to mildew. This doesn’t mean that you can’t put other plants around it, but you certainly want to be mindful of the surrounding foliage not being too dense, especially if it’s in an area that doesn’t get a breeze.

Second, I like to stake our plant at a 45-degree angle in the early-to-mid stages of its growth to encourage a fuller, bushier plant with lots of flowers. I typically put the stake on one side for two to three weeks, then move it to the other for two to three more. After that you can let it grow straight up.

Third, two weeks after planting, I fertilize it with a liquid kelp solution once a week until mid-to-late July and no later. (If you go longer, you run the risk of the plant producing more vegetative growth than flower buds, which is what you ultimately want to end up with.)

You Really Don’t Need More Than One

While it sounds tempting to max out the limit, it really isn’t necessary. The plants are the size of a small Christmas tree when fully grown, and I generally get well over a pound of marijuana from ours each year, more than enough for your average couple. A cautionary tale: The year before last, I actually had to throw some of our harvest out because, even after giving some away to friends and neighbors, there was just so much left over. (I’m aware this might be the ultimate sacrilege for marijuana buffs!) Just like any other organic material, marijuana does go bad eventually.

You Can’t Just Use It Right Away

While it would be amazing if you could smoke or bake with the buds straight off the plant, it takes some time to cure your haul. In early fall, when the foliage begins to yellow and crystals have formed on the buds, cut all of the plant stems off and hang them in a cool, dry environment to dehumidify. We use our barn, but your average garage or garden shed would work just fine, too. After two to four weeks of drying (you’ll know they’re ready when the stems make a nice snap), it’s officially time to harvest.

At this point you can invite a few friends over, throw on some Grateful Dead, and trim the individual buds off of the stems for storage in sterile, airtight containers. You’re still not quite there, though—the jars need to be “burped,” not unlike kombucha or sourdough, every day for about two weeks before the buds are ready for consumption. If you’re thinking that this sounds like a lot, in the words of Jerry Garcia, “It’s all a part of it, man.”

I doubt we’ll ever be at a place where people are growing marijuana purely for ornamental value, but that doesn’t mean it doesn’t have quite a bit of it to spare. The leaves are emerald green and have a textural quality that pairs nicely with large or fine foliage, and its vivid color and massive size make it a real showstopper. Every year I plant mine among rambling roses and several different annuals, and there are a few precious weeks every mid-to-late June when I look forward to the herbal scent mixed with the spicy fragrance of the roses. It’s miles above Axe body spray, and I guess it means that I’m officially a convert.

P.S. On 4/20, I’ll be donating to the Last Prisoner Project. The nonprofit provides reintegration programs, financial assistance, and other support to individuals serving time for nonviolent marijuana charges, which, unsurprisingly, disproportionately impact BIPOC. I hope you’ll join me—it’s a great opportunity to make today more than just a “stoner” holiday.