This Self-Cleaning Hotel in Copenhagen Is a Germophobe’s Dream 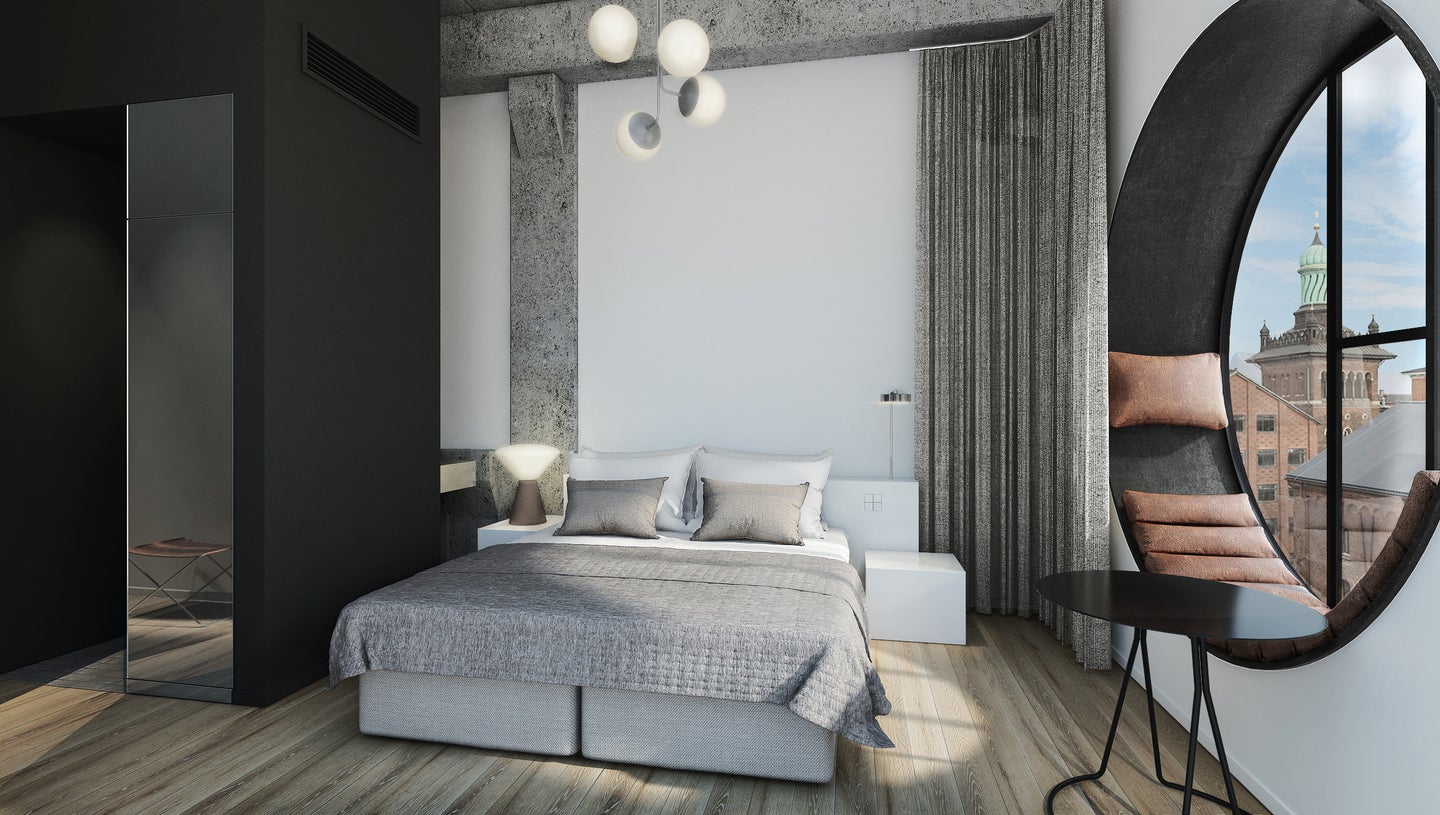 Part of the joy of staying in a hotel is not having to dust, sweep, or tidy the room yourself. You can even leave your bed unmade if you’re in a particularly messy mood. Of course, the sacrifice you pay for abandoning your everyday chores comes in the form of an early morning knock at the door. The sweet shuteye you were hoping to catch is suddenly disrupted by an eager housekeeper. Luckily for night owls, a brand-new hotel in Copenhagen is out to solve our sleeping-in woes.

According to Bloomberg, the just-opened Hotel Ottilia has rooms that can fully disinfect themselves each morning. The self-cleaning secret lies in ACT CleanCoat, a sprayable coating developed by sustainable sanitation company ACT.Global that is specifically engineered to combat harmful microbes. The formula, which is activated by sunlight, is odorless, invisible, and able to purify the air in a room for up to a year. When you inevitably ask yourself “Who else has stayed in this room?” you can at least feel at peace knowing that if your fellow guests were sick, you won’t be catching any foreign germs.

CleanCoat isn’t a stand-in for housekeepers. In fact, Hotel Ottilia brought the technology on to make their jobs easier—and safer. “What really sold us on it was that it would make life so much easier for our staff,” Karim Nielsen, CEO of Brockner Hotels, the parent company to Hotel Ottilia, told Bloomberg.

The undetectable spray, which is made to be reapplied once a year, is designed to replace the chemical detergents, disinfectants, and surface cleaners that are often used by staff. Instead of breathing in harmful fumes, housekeepers are able to clean the spaces faster by focusing on other tasks, like vacuuming and replacing linens. “It’s giving our staff a much easier day and reducing our water consumption,” adds Nielsen.

Hotel Ottilio’s self-cleaning rooms and the recent news of IKEA’s air-purifying curtain is giving us hope for our own homes. We can’t wait for the day when Sundays are for relaxation, not routine chores.

10 Vacations to Book This Spring, According to Airbnb’s Hot List

Plot Twist: This Insanely Cool Hotel Used to Be a Monastery