7 Things to Know Before Renovating A Home 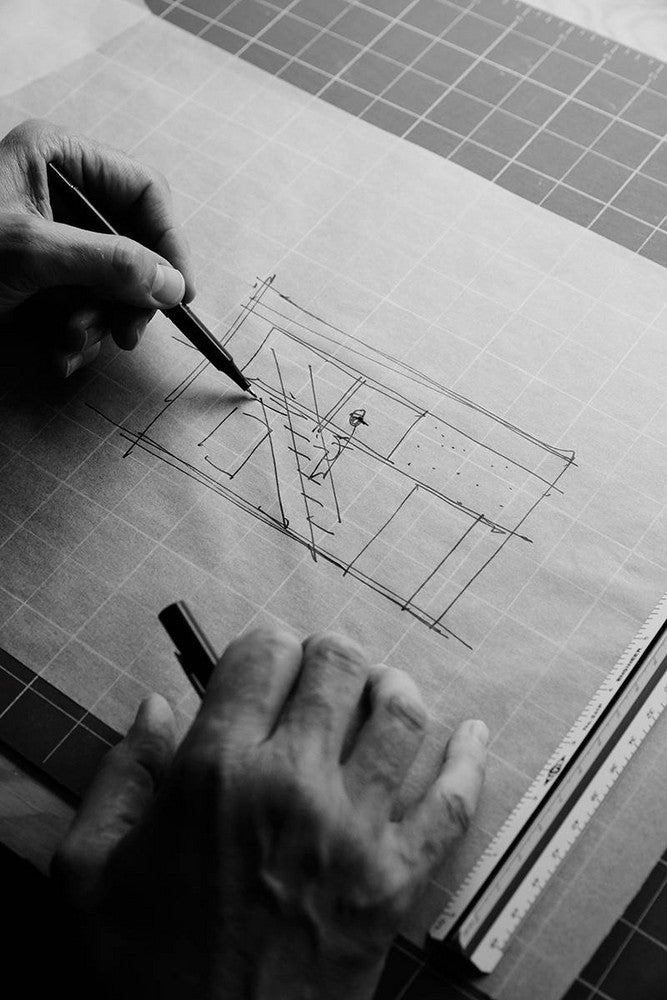 Architect Kevin Baxter has always been a tinkerer. Growing up in Texas, he and his friends were the kids who would buy old junk heap cars and, he says, “take them apart and cannibalize them for parts.” It helps that he could weld by 12. Later, that tinkering translated into architecture.

As founder of Baxter Projects, a firm that handles residential and public spaces, he is adept at dealing with both the prickly rules and bizarre spaces of New York City. Prior to going solo, he worked on the restoration of New York’s Rose Center for Earth and Space and the landmark Public Theater — anyone lucky enough to see Hamilton before it moved to Broadway, benefited from the fruits of Baxter’s labor.

“I like to make logical sense out of illogical spaces,” he says. Like the Brooklyn Heights apartment he and his wife

, of Refinery29, renovated two years ago. Where the novice might have only seen a dark apartment with a lot of dead space, Baxter saw potential. “Light. I knew immediately the space was capable of being flooded with natural light.” After a gut reno that took them down to studs, Baxter and Barberich have “transformed it from a dismal space into a light-filled aerie,” he says. “I love greenhouses — if heaven exists, it’s a greenhouse. I also love the cloud city in The Empire Strikes Back. That could be heaven, too. Without Vader.” Here’s how he did it.

Baxter lives in a landmark building but was able to punch out two windows and a useless door in the couples’ back wall, adding a huge picture window that looks out on the East River and Statue of Liberty and allows in different natural light depending on what time of day it is. “If you’re doing windows or doors in the back, don’t sweat it, even if it’s a landmark building.” Only the exterior, street-facing walls of a landmark can not be altered.

Splurge Where It Counts

Money is well spent on appliances that will last — Baxter splurged on a nice stove and washer/dryer. But also be generous when it comes to planning and time-lines. “People cut corners on the scope of work — the amount of renovation they want to do because they’re trying to save money. I often run into people who underestimate what the project will feel like if they do a partial reno.” In other words, if a complete renovation is needed, don’t just do a facelift; you’re likely to end up gutting halfway through the project because of electric, plumbing and any number of unforeseen issues, wasting precious time and resources.

The Sledgehammer is Your Friend

Baxter opened up the hard-to-get-to storage space accessed by a pull-down attic ladder. He created an efficient, cozy office nook bathed in natural light from a massive skylight he cleaned up, and reached by an iron ship’s ladder. Here, the duo have his and her desks, bookshelves and a reading chair and ottoman. “We added 100 square feet as opposed to its previous 80 square feet of unused storage.” If there’s a wall in your way, move it. “People shouldn’t be intrepid about reshaping their spaces,” says Baxter. “Anything that’s not in a load-baring partition is easy to move — doors, walls, kitchen pass-throughs. It’s basic carpentry which all contractors know how to do.”

As eclectic and colorful as Barberich’s décor is, it’s all set off by white. “White changes immensely with the amount and color of lighting landing on it.” After several mock-ups which they observed over a few days at different times, including artificial light, they landed on Farrow & Ball’s All White.

In a home, everything is custom — “even if you get off-the-shelf parts at Home Depot, the way they go together is custom.” While everything in Baxter’s bathroom is from a catalogue, the tile work and enclosures were to fit. In the office loft, the desks were custom built-ins by their cabinetmaker. “Christene’s desk is about 28 inches high and mine is 30-31 inches — the right height for each of us.” But beware of saying “custom” to often to your contractors. “They’ll look at it and then everything is at a premium.”

“With concrete, you’re getting something that’s super durable,” Baxter says of the food-safe concrete kitchen countertop built by a family shop. “Concrete is incredible — it’s durable and fireproof, versatile and not terribly expensive. And you can change its appearance.” Titanium dust was added to the concrete mix to achieve the color Baxter wanted.

Another industrious material is plywood. “Plywood is an unsung hero — versatile, really cheap and really stable. In a lot of ways, it’s more stable than regular wood. I have a dream of doing an entire plywood project and just varying the materials. There’s a certain economy and plasticity to them.”

“Corridors should have a bit of function, like storage — that’s where my closet is,” says Baxter, who moved the two bedroom doors and widened the bathroom door and the hallway. “We didn’t make the bedrooms bigger. There’s technically less space, but it’s more spacious. You can glide through those spaces without any awkwardness… You feel more relaxed.”

Get the full tour of the couple’s apartment here!