Here’s Some Good News For Your Caffeine Addiction

In case you needed another reason to drink more coffee. 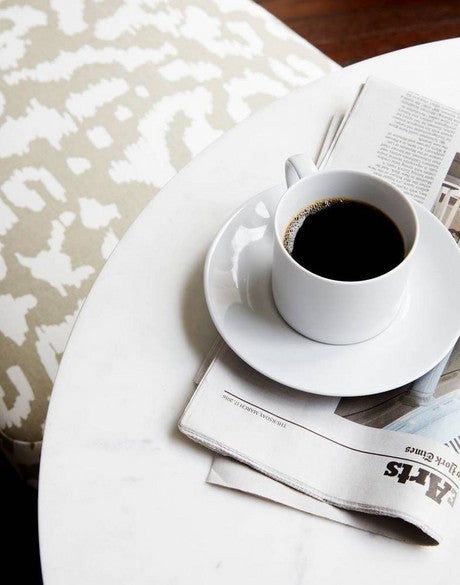 The pros and cons of drinking coffee seem to be the subject of a never-ending debate. Those on the con side cite increased blood pressure and its potential to cause acid reflux and heartburn as negative side-effects. Conversely, advocates of the caffeinated beverage point to studies outlining its benefits, such as coffee’s potential to reduce the risk of Multiple Sclerosis and the drink’s healthy vitamins that could reduce the risk of diabetes and heart disease.

The debate has spawned a growing number of alternatives to plain black coffee. Matcha! Turmeric! Butter coffee! Even coconut water has been touted as a healthier natural stimulant.

That said, feel free to hold off on the coconut water for now: A new study published in the Journal of Hepatology found that coffee can actually protect your liver from hardening and scarring over time. Chalk one up for the pro-coffee team.

Researchers surveyed a group of 2,424 participants in Rotterdam for “The Rotterdam Study”, a research project created to evaluate whether coffee and tea consumption are related to liver stiffness. To determine this, scientists had the participants fill out an extensive questionnaire and then analyzed their blood work and ultrasounds, taking into account additional factors ranging from sugar and creamer intake to BMI that could influence the outcome.

They found an inverse correlation between lower liver stiffness and coffee consumption, determining that those who drink coffee were less likely to have stiff or scarred livers. In even more good news for coffee fans, the study suggests that drinking a little coffee daily could prevent damage leading to liver disease. If you’re not particularly into the taste of coffee, don’t worry; researchers found tea to have the same effect on those surveyed.

As with any study concentrated on one specific demographic, the findings should be taken with a grain of salt. And since coffee —like most things— isn’t great in excess, it’s still probably not advisable to go overboard on the caffeine in the name of liver health.

But at least now, you can feel a tiny bit better about your Starbucks addiction. It’s a small victory for those of us who would rather surrender our beloved IKEA sectional sofa than give up our morning brew.

33 Iced Coffee Ideas For A Long, Hot Summer Upgrade Your Morning Coffee With These Healthy Recipes 33 Ways To Cook With Coffee