The owner’s “most humbling experience” offers lessons for next time. 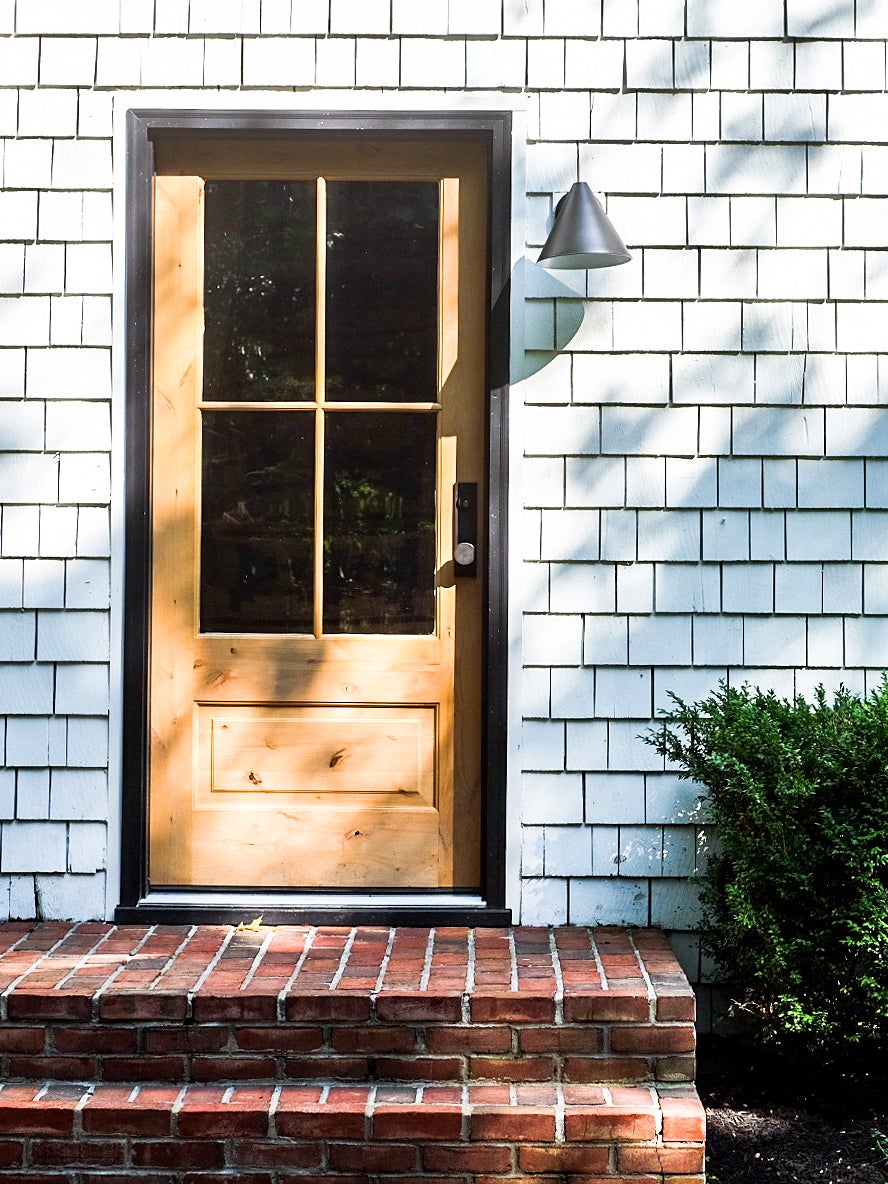 When McKenzie Milhousen toured her small 1970s saltbox home in East Hampton, New York, back in March 2020, she saw the potential. Specifically, she envisioned a Cotswolds–meets–California meets–Long Island surf shack; a place she could escape to in the off-season and rent out during the peak summer months. But what she didn’t see after scoring the property for $650,000 was all the chaos that would take her from point A to point B. “Even though I did hours of research and felt so prepared going into this remodel, I was so naive,” says the 28-year-old Canadian and longtime Manhattan-based renter.

Milhousen happened to close on the house only a few weeks after adopting her 4-month-old golden retriever, Divot, and right before New York City went into lockdown. Cue the long lead times, closed showrooms, dust-covered furniture, and white-paint paw prints on her hardwood floors. “I don’t think anything can prepare you for the experience of living in a construction site,” she adds. Another major realization: The beautiful bathrooms you see on Pinterest boards can be equivalent to a down payment, and the statement light you’ve been coveting likely has a price tag comparable to your student loans. It’s the “dreaded Instagram trap,” as Milhousen calls it. Instead of splurging on her dream features, she came to celebrate the small victories and learn from every mistake.

Trust Your Sense (of Smell)

Despite some of the rooms having been freshly painted, Milhousen knew the home was dated when she initially toured it. She also noticed a musty scent, but chalked it up to the home being old. “Shortly after we started the demo, we discovered there was mold in both bathrooms and the basement, which was never really brought up during the inspection,” she recalls. Plenty of issues she never anticipated bubbled up within the first month, including all of the appliances breaking and the septic system getting backed up. “You think you’re being logical and you can put together a decent budget for renovations, but there’s always stuff that you find out after the fact,” she says.

Beware of the Domino Effect

“This home nearly bankrupted me not once but twice,” admits Milhousen. The reason? An upgrade that can seem like a positive change can spark a problem you never saw coming. Example A: After three windows cracked, Milhousen’s crew ripped out all of the trim in preparation for the new windows, but the product turned out to be back-ordered for months. This caused a delay in painting and finishing the floors, which couldn’t be exposed to the elements.

Another setback: After months of building a pool, it was time to fill it up. But when the water started going in, the basement began to flood and it broke the water tank. “Every day you’re like, what fire am I putting out next?” she says. Renting out the house during the early summer months while living with her parents helped Milhousen pay her mortgage (living on eggs and toast for a brief period of time also helped).

Avoid Tearing Out All Your Bathrooms at Once

It might seem like an obvious thing, but maybe don’t take your contractor at their word when they say the bathroom renovations will only take one weekend. “It never happened,” recalls Milhousen, who made the mistake of compromising both spaces. This meant many mornings showering outside with a hose. “You’re looking at everything that needs to be done and it feels like it’s moving at a turtle’s pace,” she says.

Listen to Your Gut When You’re Handing Over the Checks

As a young, single, female, first-time homeowner, Milhousen considered herself to be a perfect target for contractors out to overcharge and do less-than-quality work. And even though she brought experienced male friends along to interviews and on phone calls to try to offset that image, she still ended up working with someone who left her thousands of dollars over budget and with plenty of projects that had to be demoed and redone. “There were so many times where my body was revolting as I handed over check after check,” she says of regretting to trust her instincts. “Those of us on tight budgets are so susceptible, because it can be so tempting to go with the cheapest and fastest, which isn’t always the best and should indicate major red flags.”

Milhousen had never thought much about landscaping before. “Where I’m from, it’s cold all the time, so no one has a big budget for that,” she explains. Naturally she didn’t set aside a ton of money for gardening, so when she realized a nice yard would be a must for upping her resale value, she got scrappy and hand-raked 18 cubic yards of mulch herself. “It was better than most workouts I used to do,” she says, laughing.

Making the kitchen as special as possible was a top priority, given a galley isn’t necessarily a crowd-favorite floor plan. Milhousen sought to create as much visual interest as possible with an oversize farmhouse sink with unlacquered brass taps and rails from DeVol; a Simpson Dutch door; and a gold steel Rustica pantry door with marble Emtek hardware. “This home restored a confidence in me that I had lost almost entirely to a life in the rat race of the city, which I very clearly now understand I don’t thrive on,” she explains. “For anyone else going through their first remodel or real-estate investment: Buckle up for the most humbling experience of your life.”