A California dwelling in full bloom. 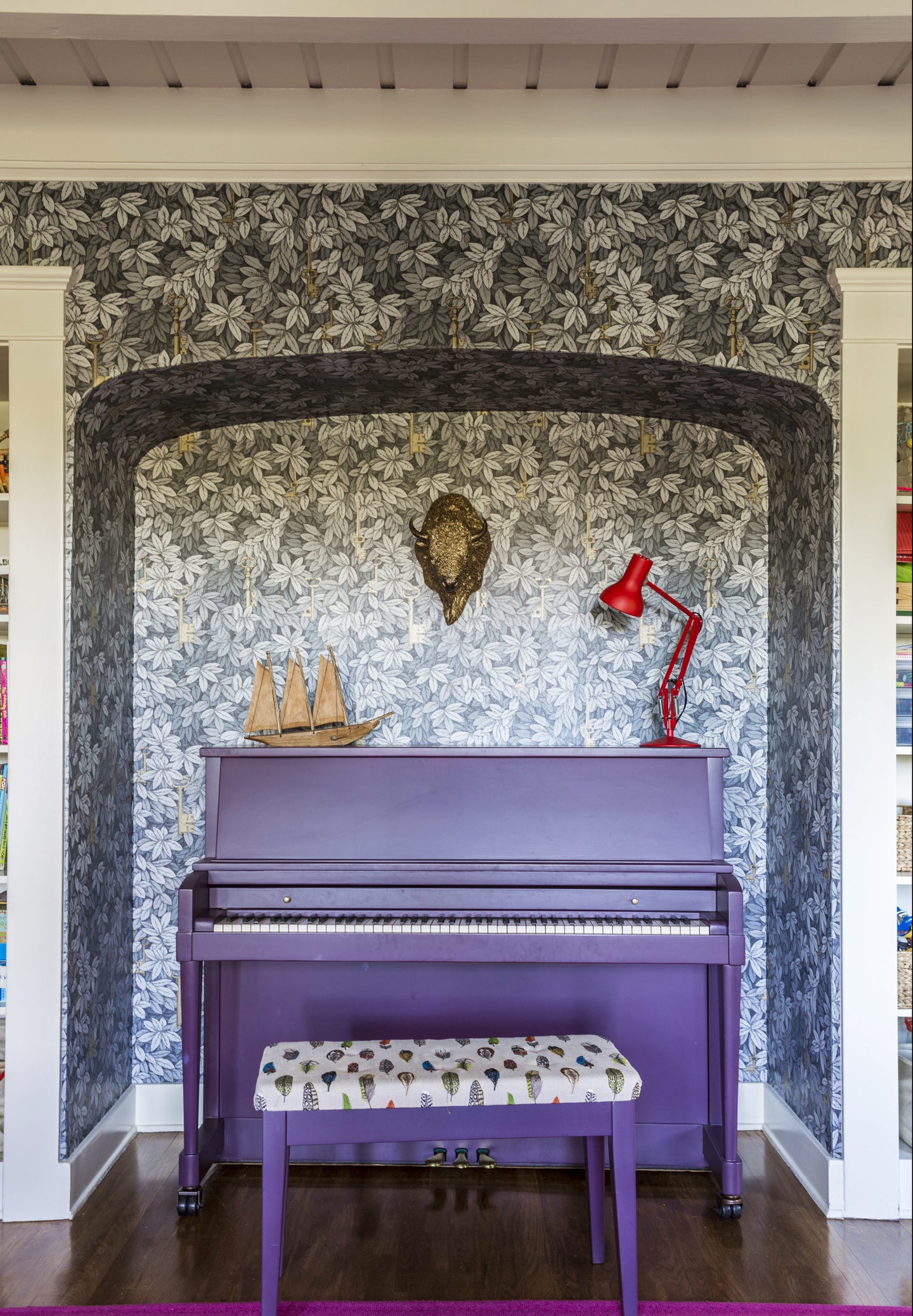 This story originally appeared in the Spring 2016 issue of Domino, titled “Color Shift.” Subscribe to be the first to receive each issue.

“I grew up in Greenwich Village in New York and moved to Los Angeles 15 years ago,” Frances Merrill says. “I love working here because there’s a little bit of everything—you can have six different styles of architecture on one street.” Despite studying English throughout college, Merrill has always had an affinity for all things design related. Her career began at Commune Design, where she honed her craft working on residential and commercial projects like the Ace Hotel Palm Springs. In 2009—shortly after the birth of her daughter—Merrill launched her Atwater Village–based interiors firm, Reath Design, with a flair for decorating with vivid colors and lively patterns. For one of her latest projects, she took on the task of transforming a turn-of-the-20th-century, Craftsman-style house into a home fit for a young family of five.

To counter some of the house’s darker corners, Merrill opened up its low-lying and slanted ceilings by using a glowing palette of rich pigments—a violet-toned entryway, a peachy pink powder room, and a sea glass blue living room—to lighten and brighten the dimmer places. Now with the exception of the light-flooded sunroom and kitchen, every room in the house has its own illuminating shade. “It was both freeing and terrifying to push the limits of color,” Merrill says. “So whatever the house lacked in natural light, we made up for in spirit.”

One of the most striking elements of Merrill’s design is her daring use of distinct patterns—specifically, her keen eye for pairing unexpected textiles. Along with the Fornasetti floral wallpaper she used in the playroom, Merrill covered the master bedroom in a fresh flora-and-fauna print. Perhaps most impressive is her ability to layer even bolder pieces of art and textiles—including faux bois upholstery, motion photography, and lots and lots of deep-hued fabrics—without ever seeming to overwhelm a room. “When it come to patterns, you have to strike a balance,” Merrill explains. “Take a little floral, mix in something graphic, add an unexpected texture, and always have a stripe thrown in. Plus, it always looks better once the dogs and kids have been lying on it for a few months anyway.”