not a sports fan? doesn’t matter. 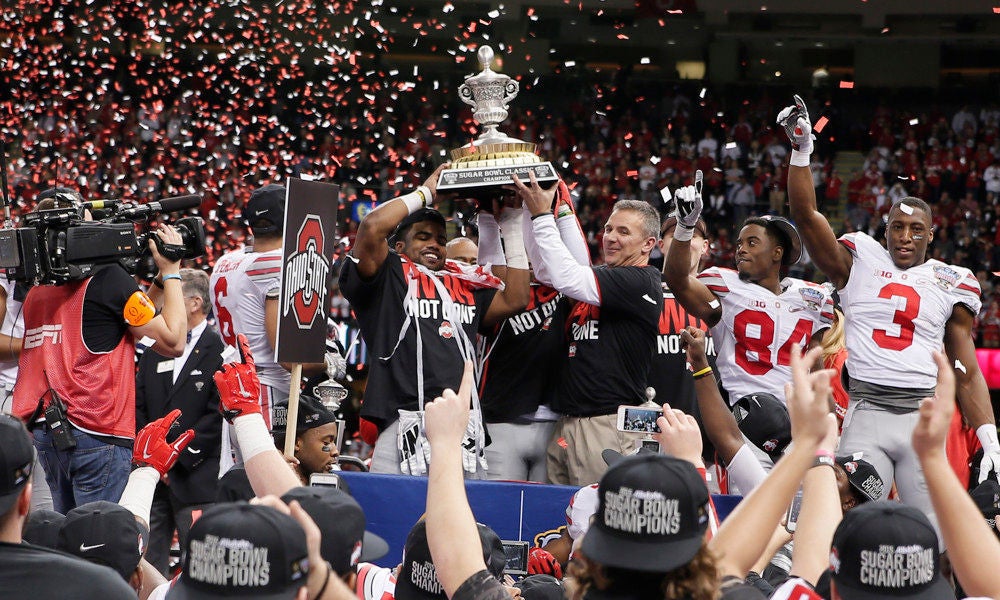 No matter if you love sports or hate ‘em, one thing is for sure, you’re going to hear about the College Bowl Games. And just like running into an ex, it will happen when you least expect it—at the office holiday party, around the Christmas dinner table, and almost certainly when you meet friends at the bar for post-NYE bloody marys, because they will be playing on every single television.

We’re not saying you have to rattle off stats like some kind of pro because 1) ain’t nobody got time for that and 2) well, you’re not. But it certainly doesn’t hurt to at least be prepared with a few tips.

That’s where we – TipOff Sports – come in. In case you haven’t heard, we’re the newsletter for the sports novice (aka people who don’t know or even care about sports).

So here’s everything you need to know about the most wonderful time of the year…for college football.

So what are the bowl games?

Glad you asked! They’re the post-season college football games, with a few doubling as the College Playoffs. They’re all over the country, make a ton of money for the schools, often have really funny names (looking at you, Famous Idaho Potato Bowl!), and typically involve a lot of really fun tailgating.

The “bowl” part was taken from the Rose Bowl (yep, the one with the parade!) aka the first place a college bowl game was ever played. Now, there are – count ‘em – 41 of these guys in total, with more added every year.

What are the main ones?

This year (it changes annually), the College Football Semifinal Playoffs belong to the Orange Bowl (Miami, FL) and Cotton Bowl (Arlington, TX). The big shebang is the BCS National Championship in Glendale, Arizona.

Which teams are in these bowl games?

Well, a lot of teams. So let’s stick to the big four: Oklahoma, Clemson, Michigan State, and Alabama.

Here’s how this will go down:

Winners of those two will face off in the BCS National Championship, and that winner is the biggest damn deal in college football until this happens all again next year.

We can tell you most people will say Clemson (given they are the only undefeated team of the four), but that defense often wins games. And the best defense in the game right now belongs to Alabama.

When are these games?

Technically, right now! They run from December 19 – January 11. The semifinals (those games we mentioned above) are on New Year’s Eve and the championship game is on (you guessed it) January 11.

What’s one insanely impressive thing I can say about the bowl games?

Love where your head’s at; we even have a section of our newsletter called “Watercooler Words” for this very purpose. Give this one-liner a whirl, and you should see some jaws drop:

“All four teams in the playoff have a shot, but my money’s on ‘Bama to win their fourth title in seven years.”

There’s more where that came from! Make sure you always stay in the game, by subscribing to our newsletter.