meet the makers of Edward Field 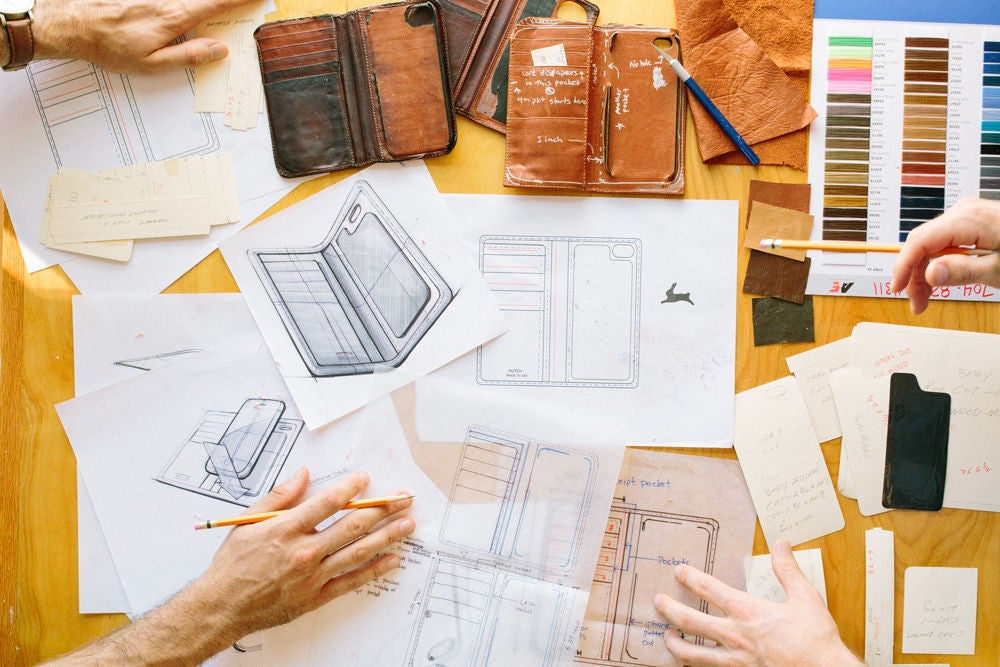 The concept behind Edward Field is a simple one – quality products crafted with a durable sense of utility. Founded by Teddy Winthrop, the American-made wallet company features a unique suction technology that’s set to inspire a change in the phone-wallet industry. After a year spent developing the product, Winthrop brought on friend Joey Jordan to help start the company. Here, Jordan touches on the inspiration behind the wallet and how exactly the two balance their bi-coastal business.

WHAT WAS THE INSPIRATION BEHIND THE WALLET? Teddy had an unfortunate tendency to lose track of his wallet, so his dad encouraged him to get a daytimer. Inspired by the classic concept, with Teddy’s need to simplify his life, Edward Field was born.

Winthrop’s background includes a stint at American Giant – founded by his brother Bayard Winthrop – which heavily influenced the foundation of Edward Field. Winthrop emulated American Giant’s pillars of success – “back to American manufacturing, back to quality first, and a direct-to-consumer model” – as the backbone of Edward Field.

WHAT SEPARATES THIS WALLET FROM OTHERS IN THE INDUSTRY? There are two things that really set us apart from the rest. The way the phone attaches to the wallet is the big distinction, but the materials we use are a factor as well. Each wallet is composed of full-grain, Italian calfskin leather.

The wallet features thousands of microsuction cups, used to adhere the phone to the wallet. A concept similar to that of the way a GPS device would stick to a car windshield. The best part? The suction won’t lose its effectiveness, so you can be free to take your phone on and off, as often as you please. Plus, there’s no residue.

HOW DO YOU BALANCE THE BI-COASTAL ASPECT OF YOUR PROFESSIONAL RELATIONSHIP? The world wakes up on East Coast time, and that’s something I benefit from as I handle more of the business operations and the branding. Usually, by the time Teddy’s up on the West Coast, I’ve got plenty of news and information to share. Teddy is based on the West Coast, where he oversees all the manufacturing and design. We make it work with diligent phone calls, FaceTime, and frequent visits.

WHAT’S THE BEST PIECE OF ADVICE YOU’VE EVER RECEIVED? From my dad: “nothing can replace hard work”.

WHERE DO YOU SEE THE BRAND IN FIVE YEARS? Becoming a standard for all iPhone and Samsung users!