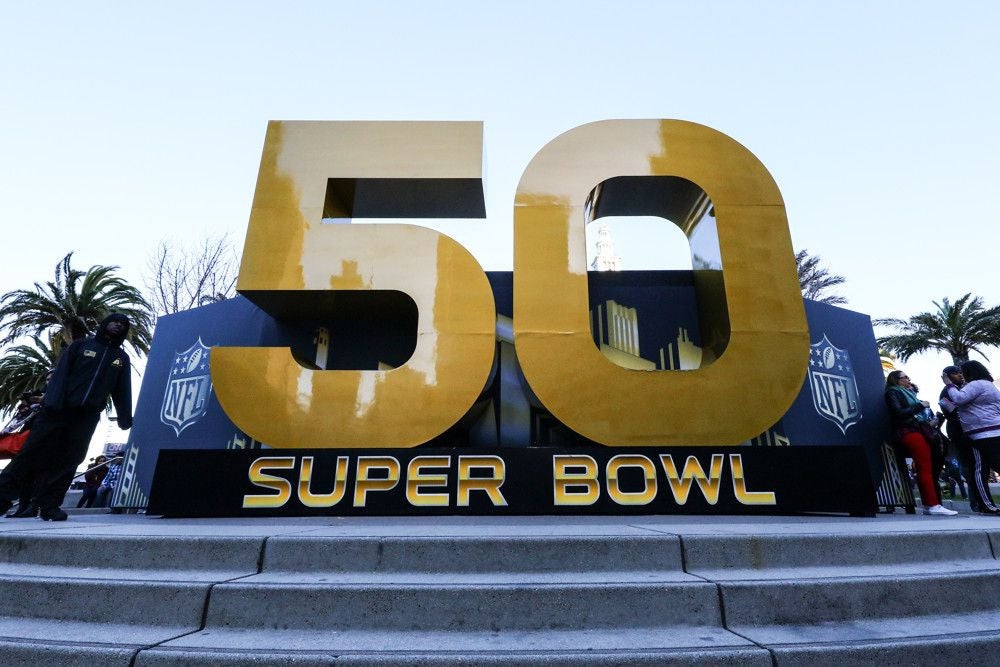 Super Bowl 50 is a game, yes, but the real competition exists at your party. Get ready for nachos, beer, a bean dip that doesn’t look quite right, and a bunch of your friends yelling, cheering, and possibly crying for reasons you don’t fully understand. Except for this year!

If you’re usually the wallflower at the Super Bowl party until the commercials come on, fear not: we’ve got you covered. Unleash these nuggets at the right time, and then just sit back and watch eyes widen at your sudden football genius.

Before the opening coin toss:

“Did you know people are betting about $4 billion on the Super Bowl? They’re betting on everything from the opening coin toss to whether Left Shark will return for the halftime show. I’m going with ‘tails,’ and no Left Shark.”

…Have the ball:“Only in sports does ‘39 years old’ mean ‘headed for the glue factory.’ This is probably going to be Peyton’s final game; let’s see if he goes out looking like his old, young self.”

“You know that part in the action movie where the ancient master has to put his teaching aside, stroke his Fu Manchu mustache, and dig deep for one more awesome fight scene? Peyton Manning is that guy minus the stache.”

…Fumbles or throws an interception:

“Cam’s so good on the ground and through the air that he calls himself ‘Superman’ and everyone’s kind of like, ‘Yeah, we get it.’ Now we finally get the best offense in the game against the best defense.”

…Scores a touchdown by flipping over a guy

: “I can’t believe he scores touchdowns by flipping over people so often that the move has its own brand. The Superman Dive!”

ProTip: You can also just trot this one out any time to emphasize Cam Newton’s athleticism.)

After a particularly bad commercial:

“I can’t believe a company just paid $5 million for that. Seriously, that’s the cost of a 30-second spot during the Super Bowl.”

After/During Beyoncé’s appearance in the halftime show (headlined by Coldplay):

“That sound you just heard was the Internet electing Beyoncé Super Bowl MVP.”

“The Super Bowl has gone to overtime the same number of times a breakup with Taylor Swift has ended well: zero.”

If there’s a penalty on Carolina Panther lineman Michael Oher (on whom Oscar-nominated The Blind Side was based):

“Guess he really… (put on sunglasses, look at camera) blind-sided the defender there.”

If a kicker misses a field goal or extra point:

“As painful as that random miss is for [Broncos/Panthers] fans, just know that it’s even more agonizing for the guy in Vegas who just bet his mortgage on the total points scored in this game.”

If the Broncos win:

“I knew they’d win all along.”

If the Panthers win:

“I knew they’d win all along.”

You can get even smarter by reading TipOff’s Super Bowl Preview here. And to seem like an absolute super-genius, follow @TipOff101 on the Twitter machine during the game — we’ll be live-tweeting the whole deal, including the halftime show, with tips on how to sound like you haven’t been more focused on the commercials and/or bean dip!