Get your Sharpies ready. 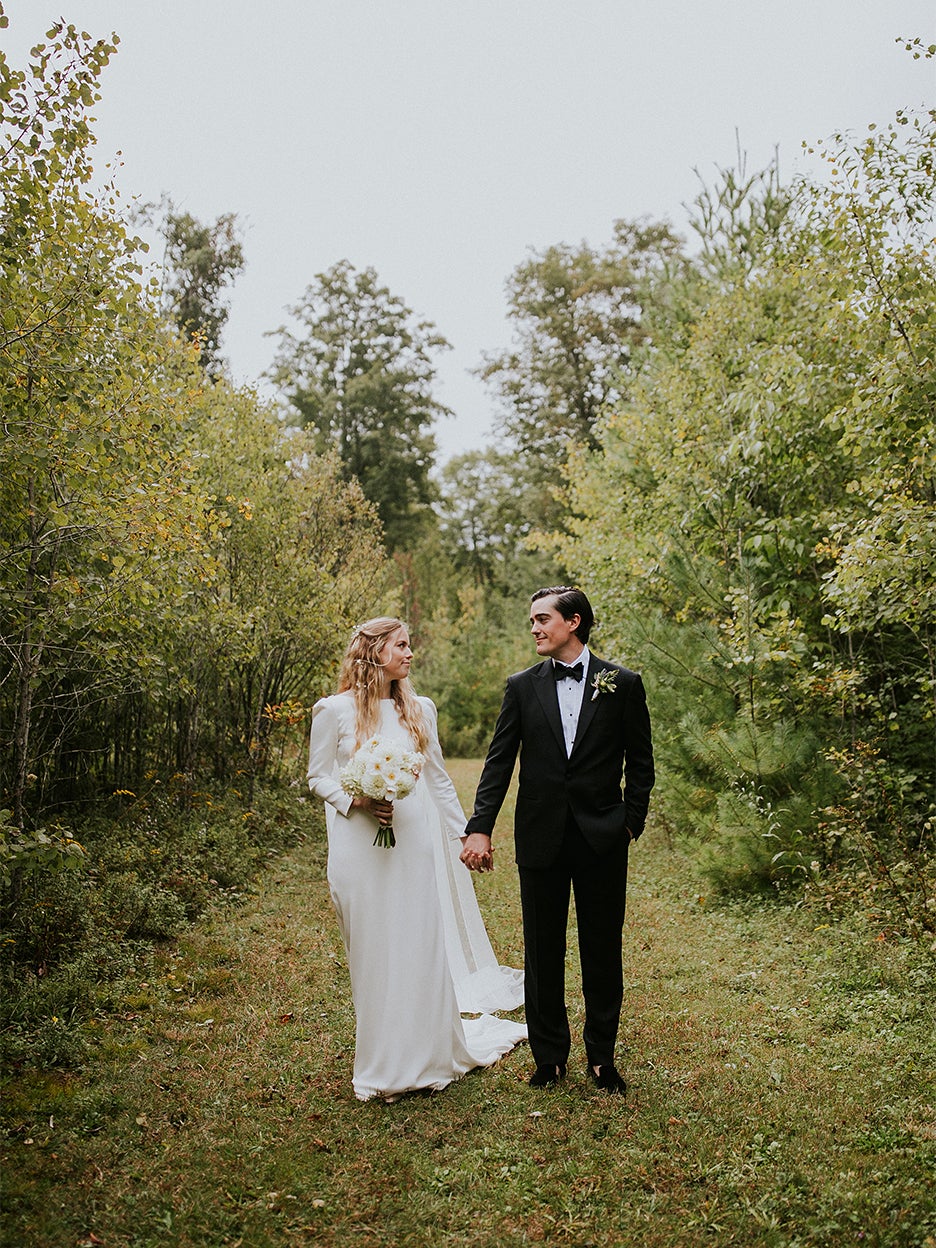 You’d expect an artist to want to design every single aspect of her wedding. But when Helen Robinson, a Williamsburg, Brooklyn–based conceptual portraitist, got engaged to financial manager Mackie Anderson, she only designed the big-day elements they thought were most important—the stationery, other paper details, and a custom bandana—and let the rest go.

“It was somewhat of a struggle, because I’m a bit of a perfectionist, and I wanted it to look professional, while also knowing that I’m also not a wedding calligrapher,” admits Helen. “It was a labor of love, but it made everything feel really personal.”

The pair, who met their first week at Vanderbilt University in Nashville, set the meaningful tone with a save-the-date card that Helen watercolored with a design that nods to their wedding date’s full moon. The invites featured more of Helen’s artwork, and gave all the details: On September 14, 2019, 215 of their family and friends would gather for a black-tie wedding at Marble House Project, an artist residency in Dorset, Vermont.

The day was filled with chic DIY details, from the handwritten marble escort cards to the baby’s breath Helen added to her laid-back hairstyle. But the couple didn’t labor over the details too much. “I remember there was a time when she was maybe going to do calligraphy on the entire invitation, but then thought, why don’t we just write our names?” says Mackie of his bride. “It would still have her fingerprints on it, but it wasn’t something that was going to take her weeks and weeks and multiple drafts to do.”

And on the big day, there were plenty of personal elements that weren’t visual anyway, like Helen’s dad’s speech at the reception (“We call it his Netflix special, because it was a half-hour long,” jokes Helen) or the way everyone hit the dance floor hard.

The couple says that perfection is overrated. “Those little details do add up and make a wedding special, but they’re certainly not what people focus on,” says Helen. Here’s how they made their big day a true reflection of their love.

“I didn’t want to have a fancy crest that you saw on everything,” says Helen. Instead she put a modern spin on their insignia with a drawing that appeared on the invites and a custom bandana tucked in guests’ welcome bags. Helen sketched the design, which featured herself and Mackie surrounded with symbols of things they love: pizza, records, watermelon (in reference to their couple name, Melen), ice cream, hockey, and the Williamsburg Bridge.

Wear Your Bouquet in Your Hair

Helen’s Savannah Miller dress was a nod to her grandmother’s long-sleeve wedding gown, which was destroyed in a fire. To make the look her own, she sprinkled sprigs of baby’s breath in her hair. “Mackie and I both wanted to look like our everyday selves, just set a 10,” she says.

As a nod to the venue’s history as a marble quarry, Helen and her mom foraged marble chips at a nearby quarry and used them as escort cards. A few days before the ceremony, Helen simply wrote guests’ names in gold Sharpie. Not only did she avoid having to hire a calligrapher, it gave her some zen. “It was actually kind of a nice time to find that little quiet and peace during the hectic week of the wedding,” she says.