The New Vintage Vanguard: 6 Shops You Need to Know

Plus, expert tips for starting your own collection. 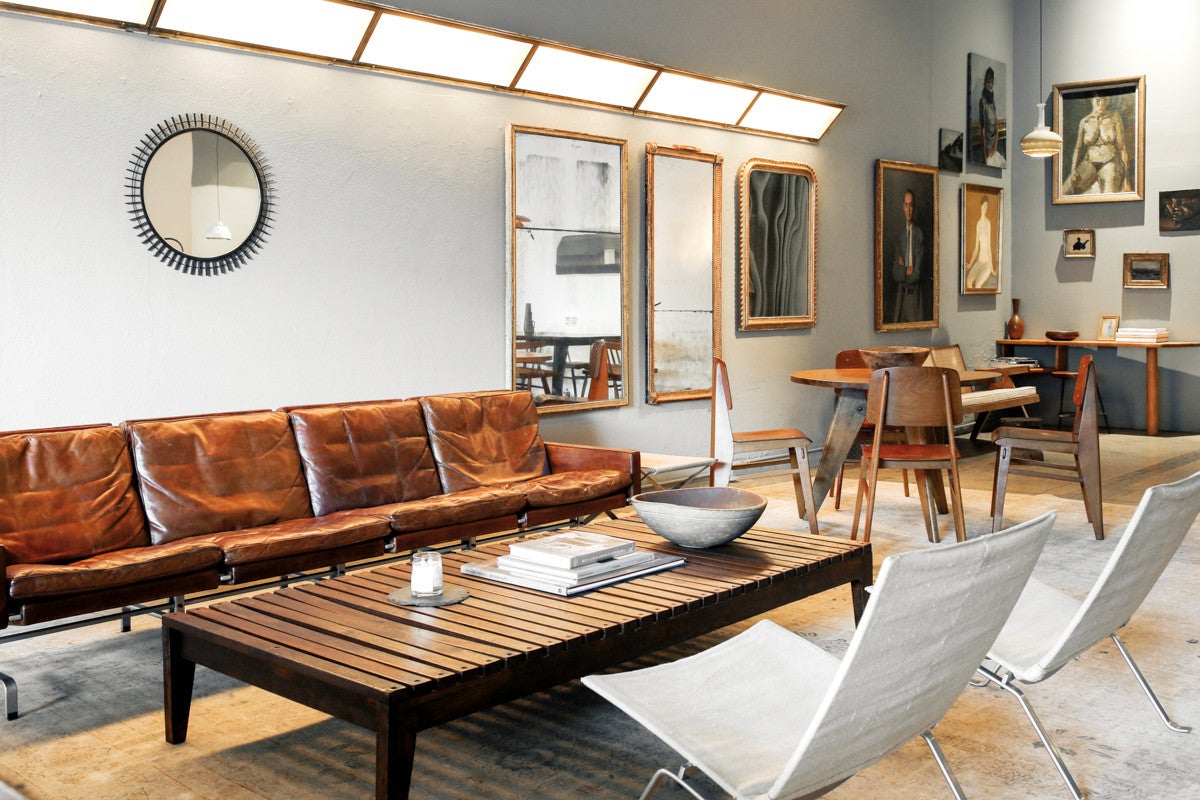 Ten vintage experts across the country share their tips on turning dusty ﬁnds into collector-worthy pieces and what they’re coveting this season.

In 2005, Cameron Smith and Cliff Fong had the “incredibly lazy idea” to mix pieces from their favorite eras in a way that felt “approachable yet edited.” Think: a broken-in leather 1960s Børge Mogensen sofa with a 19th-century landscape hanging above. They opened Galerie Half in a tiny space and named it for its half-address. (The shop moved to the current Melrose location in 2009.)

Despite their proclivity for modern classics, the duo describe themselves as “kids of the ’70s and ’80s—thank God.” Inspired by everything from hip-hop to minimalist Belgian architecture, they take a free-spirited approach to pairing signed designer items with anonymous objects. 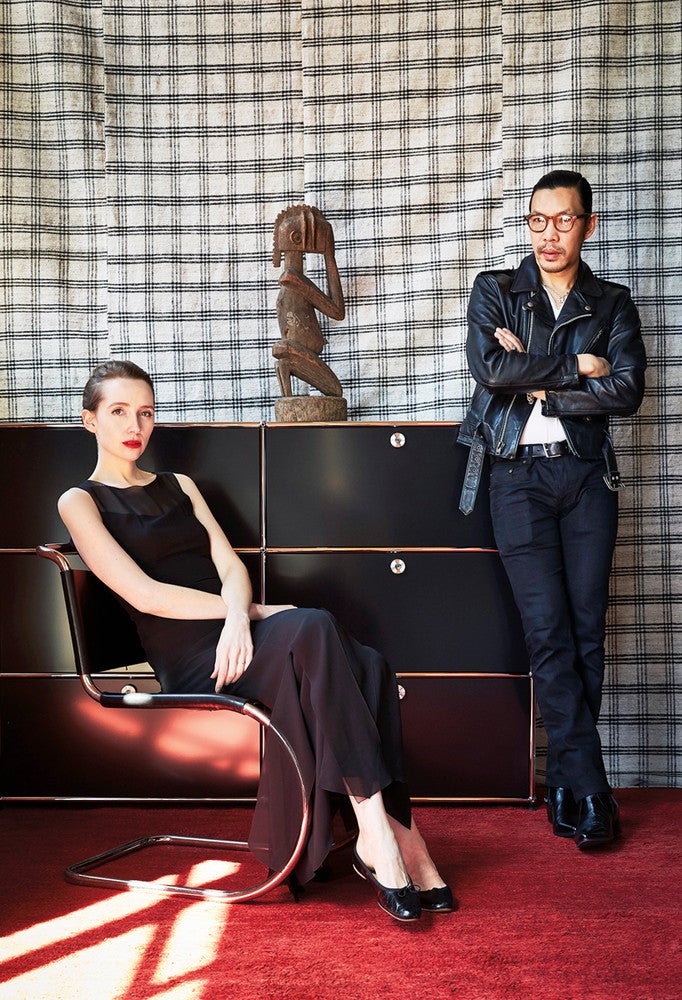 VIBE: PRISTINELY PRESERVED OBJECTS WITH AN EYE FOR ART

When Quy Nguyen and Avril Nolan met, he was a seasoned antiques buyer and former editor at Elle Decor and Architectural Digest, while she worked in fashion. The couple started hunting down the best flea markets and vintage shops on their travels, building collections that were quickly snapped up by friends back home.

Form Vintage developed organically, “as would a contemporary brand,” explains Nolan. “We look at pieces less for the sake of age—although that is, of course, a factor—and more for the beauty and relevance of the work today.” A recent trip to Houston paid off with a set of black cerused oak nesting tables by Josef Hoffmann.

“Jean Michel Frank. Since we moved into our new apartment, we wanted to create a space that was elegant but childlike, playing with scale and proportion.” 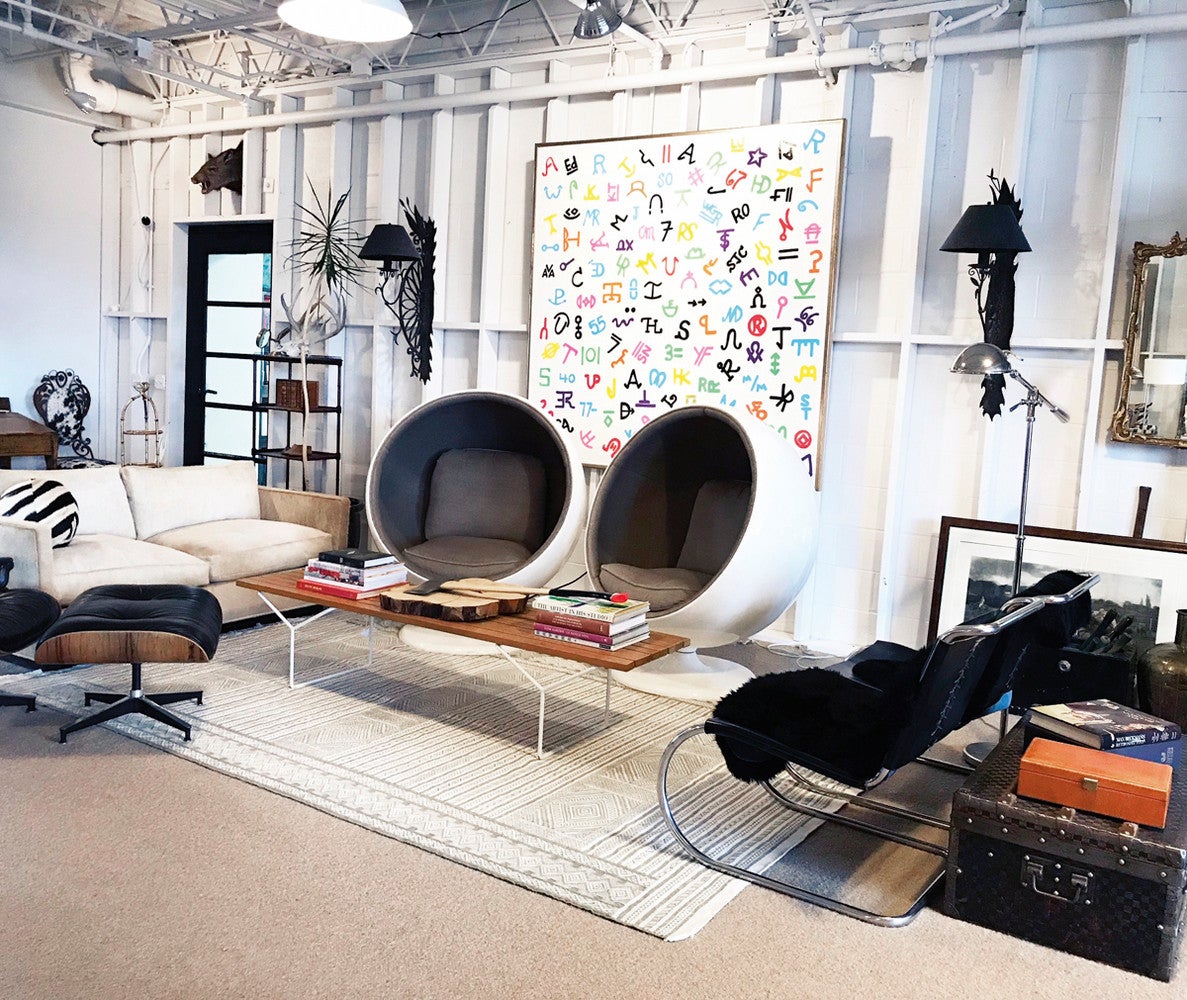 Sisters Annie and Maggie Genovese grew up shopping for antiques with their mom. The duo, who were running a successful business sourcing and selling South African Burchell’s zebra hides, had their aha moment when they came across an 18th-century settee in a local vintage store. They reupholstered it in one of their hides and loved the result.

From there, the Genoveses began carrying furniture across eras—from classic mid-century styles to French provincial—and expanded their range of hides to include New Zealand sheepskins and Brazilian cowhides. The juxtaposition is an instant refresh. “We love pieces from the Louis XVI or George II periods,” says Annie. “They’ve gone out of favor, but with the right fabric, they can look quite lovely and even a bit modern.”

“Antique English furniture will make a huge comeback. We know it! People need to look at designers like Robert Kime or Rose Uniacke.” 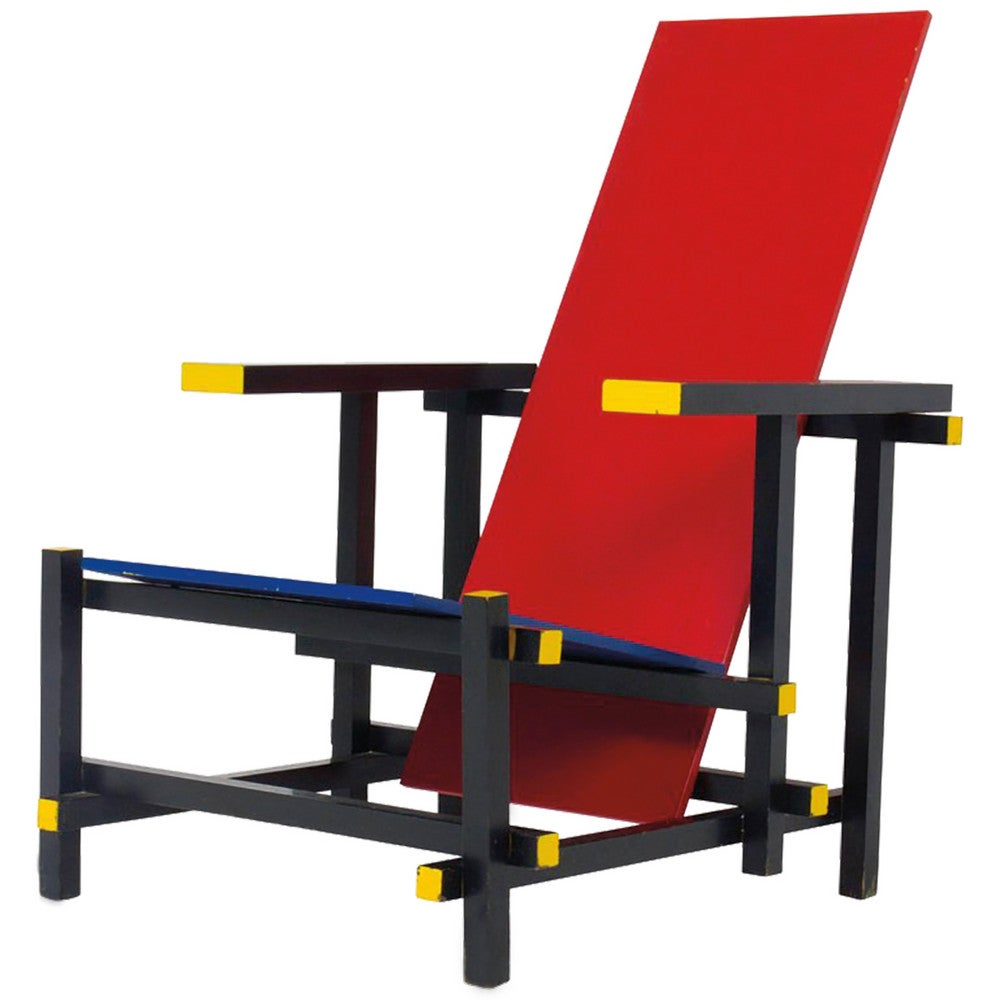 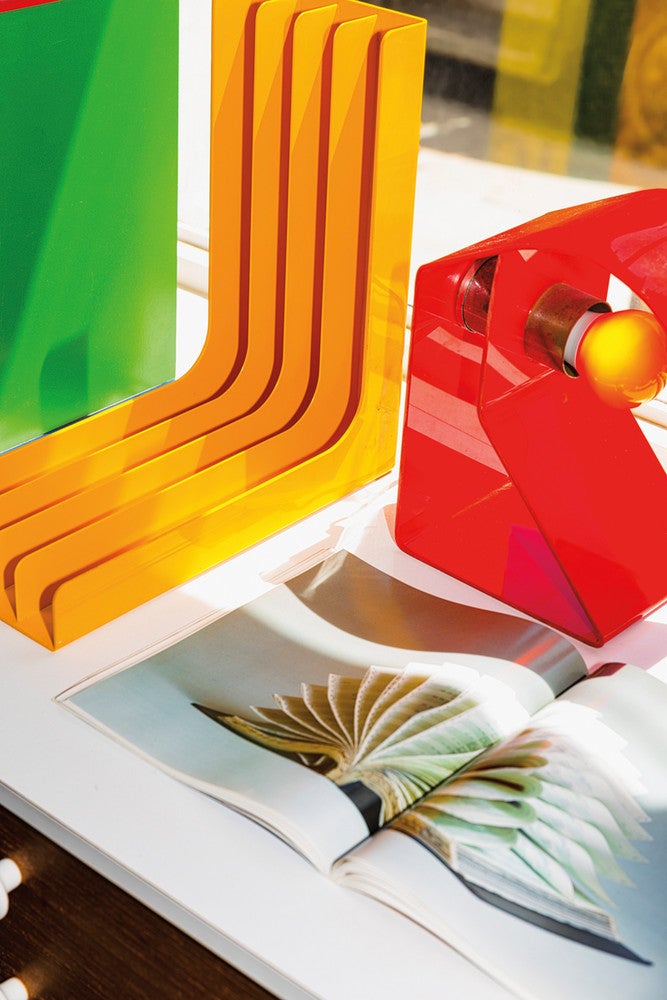 Bi-Rite owner Cat Snodgrass is on the road sourcing vintage pieces four days a week. A veteran of the music and publishing industries, she is drawn to out-of-the-ordinary objects that challenge convention. Postmodernism and art furniture that “reject the classical approach” appeal to her.

“I like to think of things within a context they don’t necessarily belong,” she says. “This gives them a whole new purpose.” Bi-Rite’s collection, which spans the 1970s and ’80s, is highly curated but always with a sense of humor. “I have a certain aversion to pretension in design,” Snodgrass explains.

“You’ve got to put in the work to find bargains and be willing to go where the average buyer isn’t.” 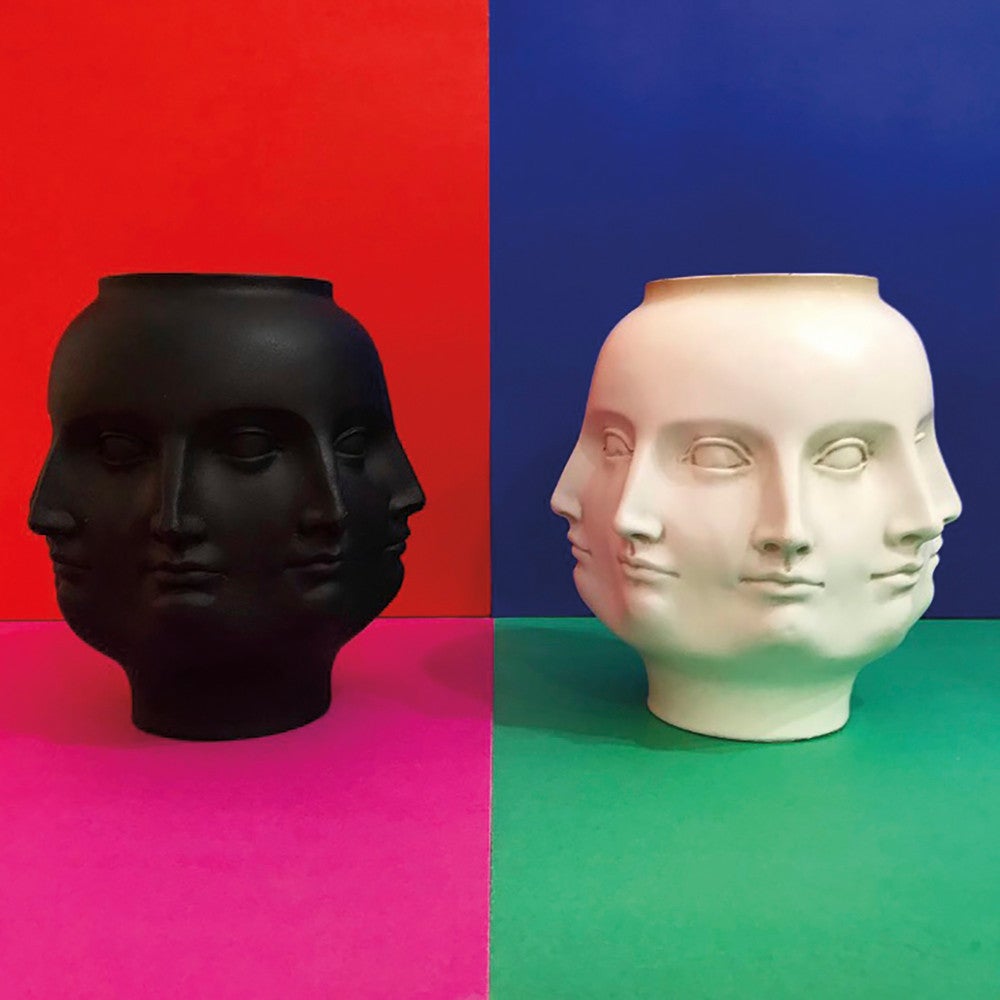 After they could no longer cram another Philippe Starck chair or Alvar Aalto vase into their tiny New York apartments, self-described “longtime design enthusiasts and hobbyist pickers” Taylor Fimbrez and Aaron Casey opened up shop in a storefront across the street from Fimbrez’s home.

Inspired by the colorful, pattern-splashed interiors in out-of-print Nest magazines, their aesthetic is a far-out antidote to the disposability they rue in “the age of Ikea.” According to Casey, “Vintage furniture is a great investment—and it’s refreshing to be surrounded by things that will age gracefully and follow you no matter how many times you move.”

“A collection of deadstock Ettore Sottsass for Marutomi accessories. They’re super-affordable for a big-name designer piece that’s not easy to find.” 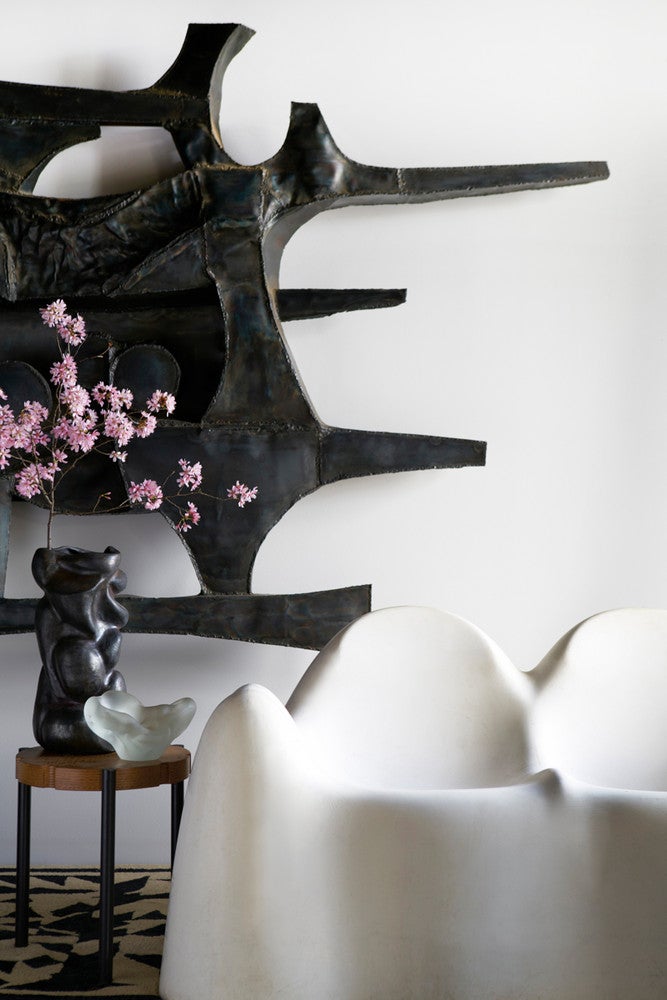 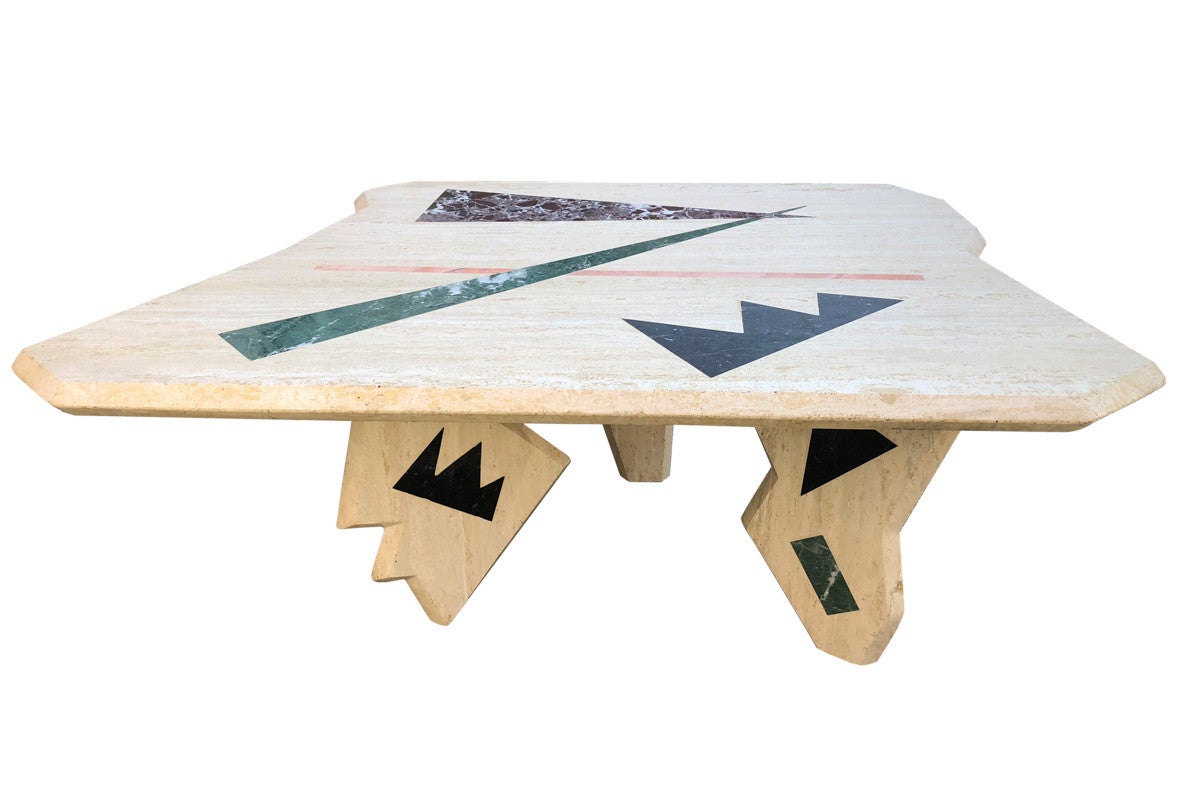 While working for an interiors studio, Stephanie Schofield followed a tip from a friend who found a hoard of 1970s and ’80s decorative pieces. She bought the lot and kick-started her selling career. “I knew designers would love it,” she says. Since opening showrooms in Chicago and North Carolina, Schofield’s ever-evolving style has embraced everything from pedigreed items—like Milo Baughman chairs and Ligne Roset sofas—to unexpected finds such as a handmade split-reed table.

“If you’re new to collecting, your tastes are going to morph a bit over time,” she says. “Let it happen. Developing your sense of style is a creative act—embrace the process!”

“If I need a little push to trust my instincts, I look to Belgian designer Jean-Philippe Demeyer and try to absorb his confidence.”

This story originally appeared in the summer 2018 issue with the headline “The New Vintage Vanguard.”