Her mom’s one request? Multifunctionality. 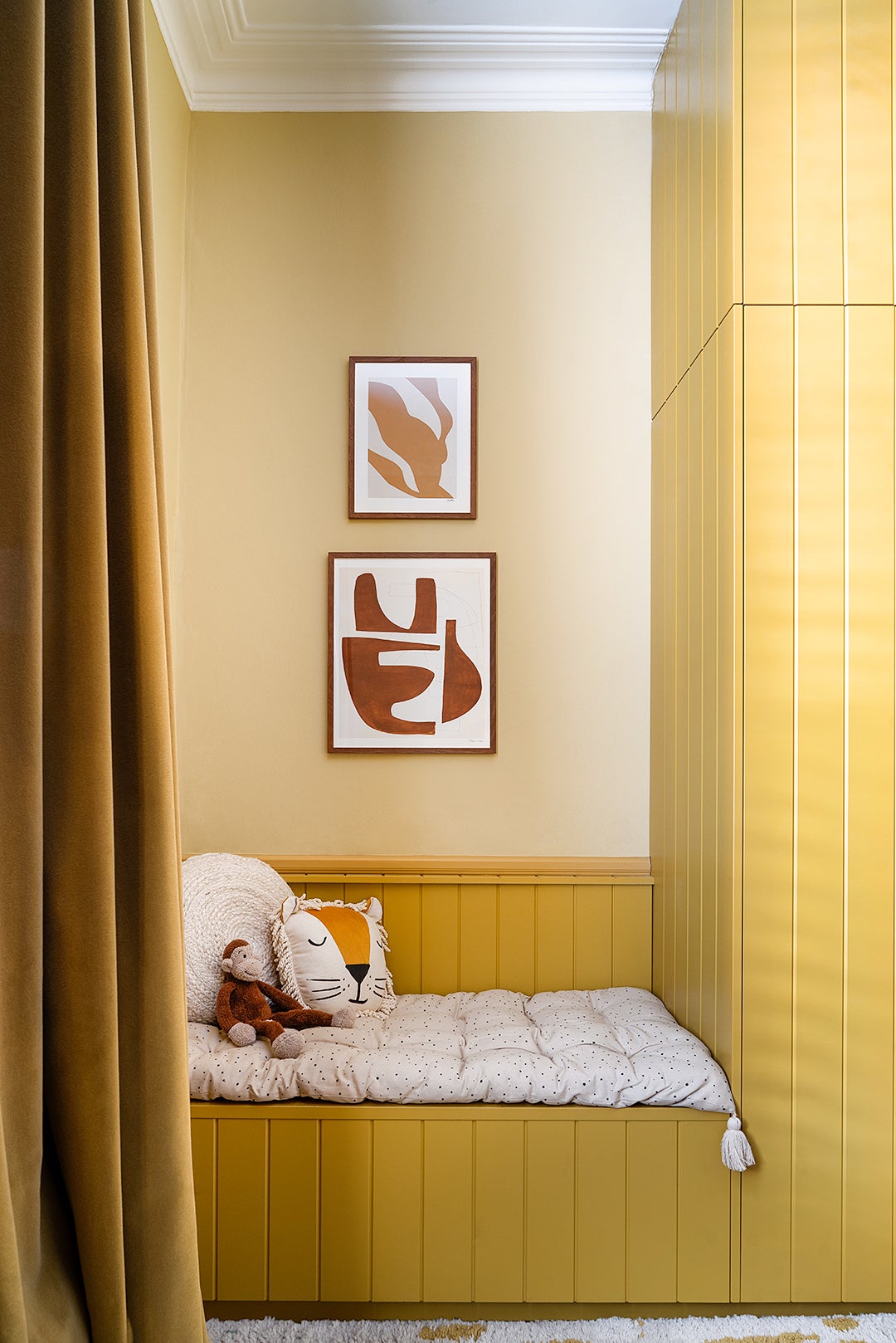 What do you do when you’ve spent months mood boarding and painstakingly sourcing for a color scheme, only for the client to backpedal on the theme? Luckily for Emma Shone-Sanders, founder of London design practice Design & That, said client was a preschooler with a tendency to flip then flop back again.

“When we started, everything in Sofia’s bedroom had to be yellow, her favorite color,” explains Shone-Sanders, who was enlisted by the then 4-year-old’s mom, Lisa, to decorate the family’s ground-floor apartment in South London. “But suddenly Sofia wanted it to be green, so we played around with that for a little while until Lisa, who had committed to the yellow, managed to talk her into it.” To echo the Victorian building’s era-appropriate details, Shone-Sanders opted for the warmth of Farrow & Ball’s Hay instead of a bright lemony shade and brought in the chair-rail detailing from the hallway to demarcate a darker bottom section in India Yellow (painted in the brand’s easy-to-clean Modern Emulsion).

As much of the project happened during COVID, Lisa would record voice memos from Sofia as the room took shape. “It was very cute working with her,” says Shone-Sanders, laughing. But one note of importance came from Lisa, who indicated that the room would need to double up as a playroom, the result of the apartment’s petite sitting room being off-limits to Sofia’s toys. A reading nook was also on the wish list, as well as a general feeling of spaciousness and playfulness without bordering on gimmickry.

Shone-Sanders rose to the challenge, installing a bespoke wardrobe and dual-purpose, built-in banquette for book-friendly seating, as well as lift-up storage for toys. “It would have felt quite cluttered if we’d had a freestanding wardrobe and a bench, as Lisa wanted it to feel clean and considered,” she explains, noting that the room’s original fireplace and angled wall meant one less surface to work with. She chose paneling in the same tone of yellow to create a cohesive backdrop that makes the room feel tidy even when it’s not.

The Benlemi House bed—which was painted to tie in with the scheme—added a whimsical element of fun and acts as a daybed when Sofia has friends over; as she gets older, Lisa can swap it out for a more grown-up style. A large rug from La Redoute lends texture and soundproofing to the wood chevron flooring, and a mini table and chairs let Sofia sit and draw, with natural light coming in from the window.

For the now 5-year-old, that initial moment of indecision is all but a distant memory. “She loves it,” says Shone-Sanders. “I’ve got lots of lovely pictures of her playing in there.” These days Sofia can often be found in the reading nook with her collection of Harry Potter books, conjuring her own sort of magic. 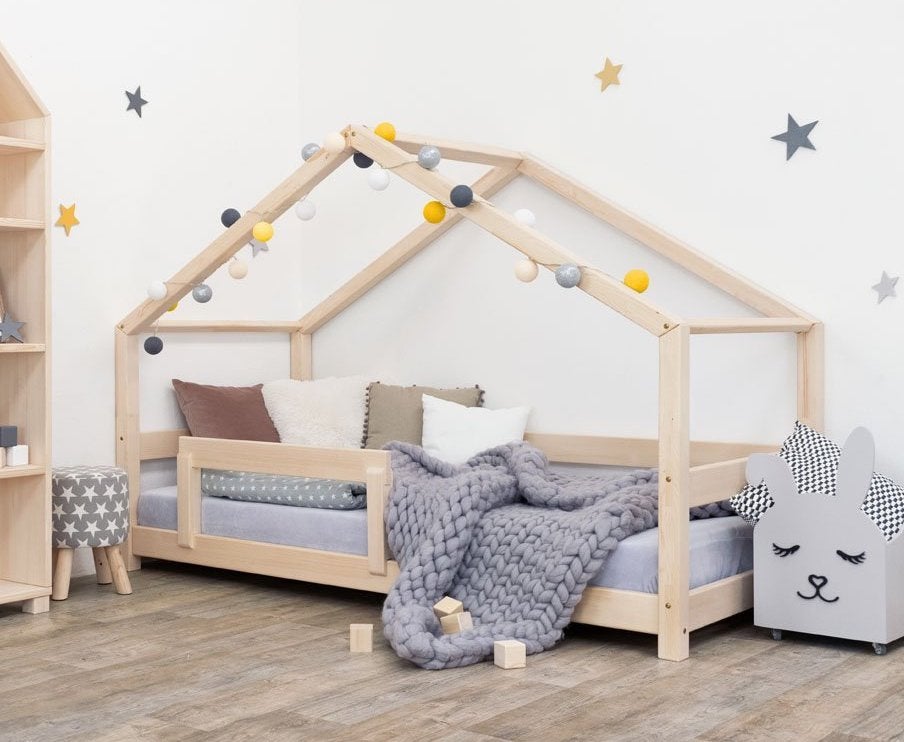 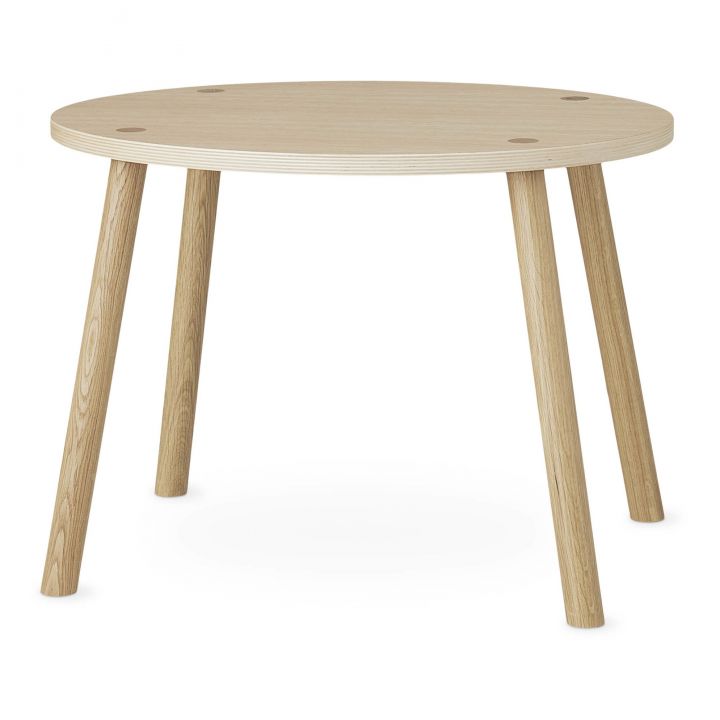 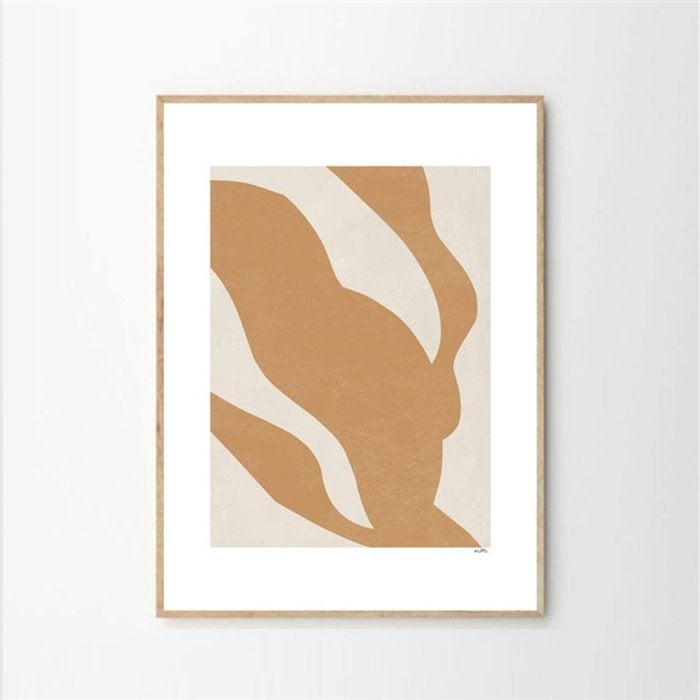 In Motion Poster by Moe Made It, Buk & Nola ($98)
Shop
Go to mobile version