A $1K Reno Decision Was the Key to Transforming This Narrow D.C. Kitchen

From dark and dreary to an entertainer’s dream. 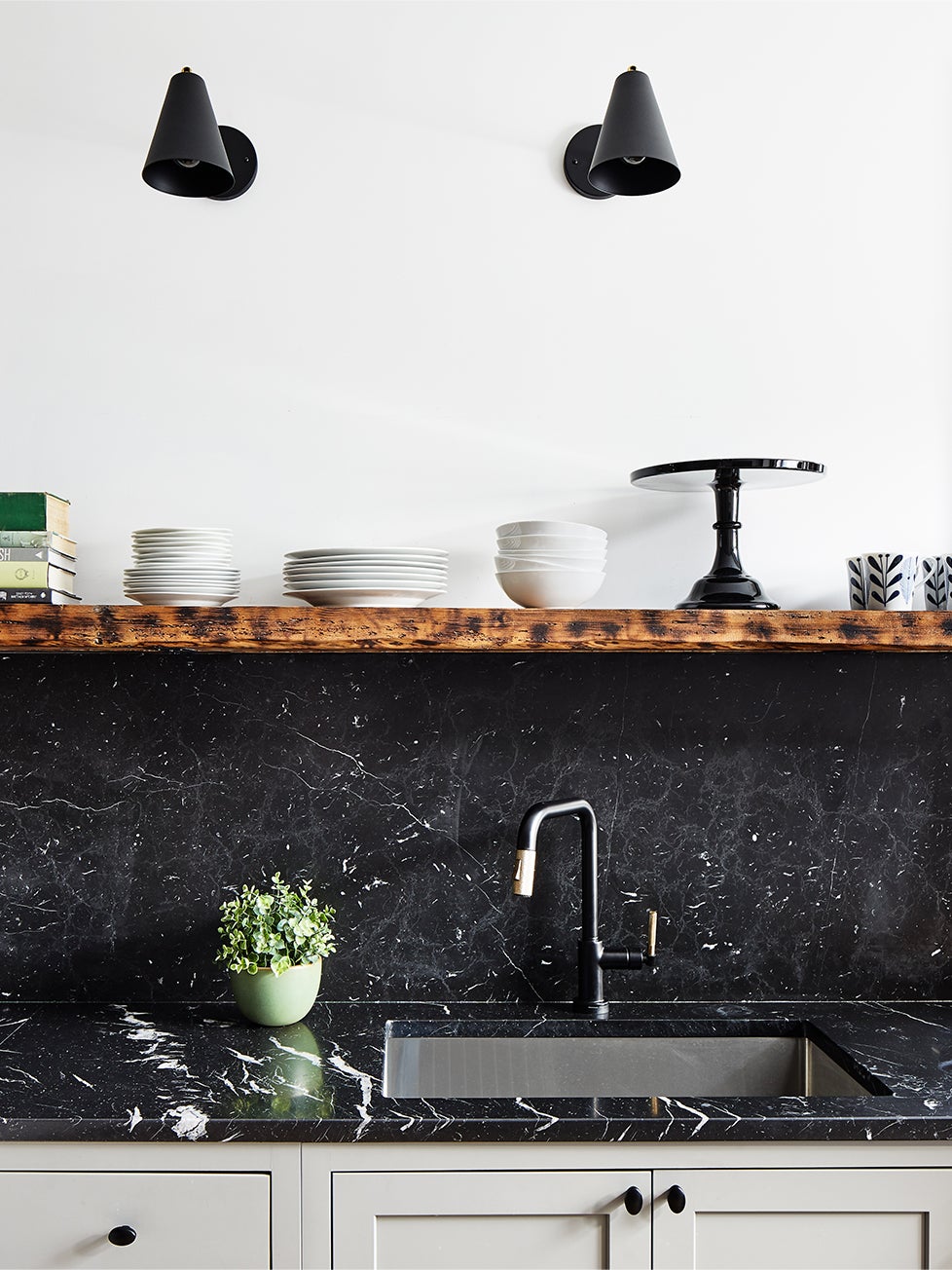 You’d think that when restaurateurs go house shopping, the first thing they look at is the kitchen. Not Ralph Brabham and Drew Porterfield, owners of a local group of eateries in Washington, D.C. When the pair found their dream space, a row house in the city’s Shaw neighborhood, it immediately felt like home, save for one detail: the mid-2000s builder-grade kitchen. “The most prominent feature was a run-of-the-mill refrigerator,” remembers Brabham.

They lived in the space for a decade before deciding it was time for an upgrade. “This was the first property we’d ever owned. Over time, we developed a sense of what we would change if we had the opportunity,” Porterfield explains. The couple came to realize the original layout made entertaining difficult, with a bottleneck around the island, a tiny dining area, and no real connection to the rear garden. And at the back of the house, a laundry room was stealing all the great backyard views. With the help of Carmel Greer of District Design and these five tweaks, they turned the awkward narrow space into a kitchen fit for true cooks.

Creating Space in a Hopeless Place

“I had the burning desire to get rid of the bulkheads, which were running all over the ceilings,” says Greer of the first thing she wanted to fix. She did just that, but to really open up the space, she had to lower the floors by a couple of inches. “We realized that a lot of the joists were rotten, so it was not going to be dramatically different cost-wise,” she explains.

Removing the Mudroom (and Finding Views)

Another thing that immediately had to go: the laundry-mudroom at the back of the house. “I hadn’t realized how badly we missed natural light until that space was removed,” says Porterfield. Because the wall wasn’t load bearing, removing it cost less than $1,000. “Row houses tend to be dark, so I couldn’t understand why the previous owner had put the laundry at the back of the house,” says Greer, who put the kitchen in its place and opened it up to the yard with a large wall of windows. The laundry room was relocated to a newly finished basement.

Focusing on One Worthwhile Splurge

Greer was intent on giving the pair the chef’s kitchen they deserved (and bringing back some of the home’s original period charm in the process). The warm wood cabinets were replaced by putty gray ones, while the granite countertops were swapped for elegant honed black marble. Greer also gave all the stainless steel appliances an upgrade, then recessed them into the cabinets, with the exception of one showstopping item: a six-burner LaCanche range. “It’s one of the greatest joys of the new kitchen from our perspective as cooks,” explains Brabham.

Maximizing Light (and Storage, Too)

Because of the home’s narrow nature, Greer opted for a single open shelf above the countertops instead of bulky cabinets. She salvaged the plank from the demo and ran it the entire length of the kitchen, even past a window, to maximize both light and storage. “It allows you to have your cake and eat it too in relatively small spaces,” she explains. It’s now Porterfield’s favorite feature in the entire house: “I love that it’s constantly evolving with each unload of the dishwasher, and there’s never a question of ‘where do you keep your coffee cups’ in the morning from visitors.”

As restaurateurs, having a space to entertain was as important to Brabham and Porterfield as having a place to chop and sauté veggies. Instead of creating a separate dining room, Greer built a banquette in the same color as the cabinets, with storage underneath for trays, candles, and other serveware. “It also enables more people to hang out around the table than chairs would,” she says. After 10 years, the couple finally has a space to host friends that truly reflects who they are.

Discover more kitchen transformations we love: This Rental Kitchen Reno Took Just 3 Weeks to Pull Off This Green Kitchen Ended Up Smaller Than Where It Started Can You Spot the Optical Illusion in This Mint Green Kitchen?