And there’s a fireplace embedded in it. 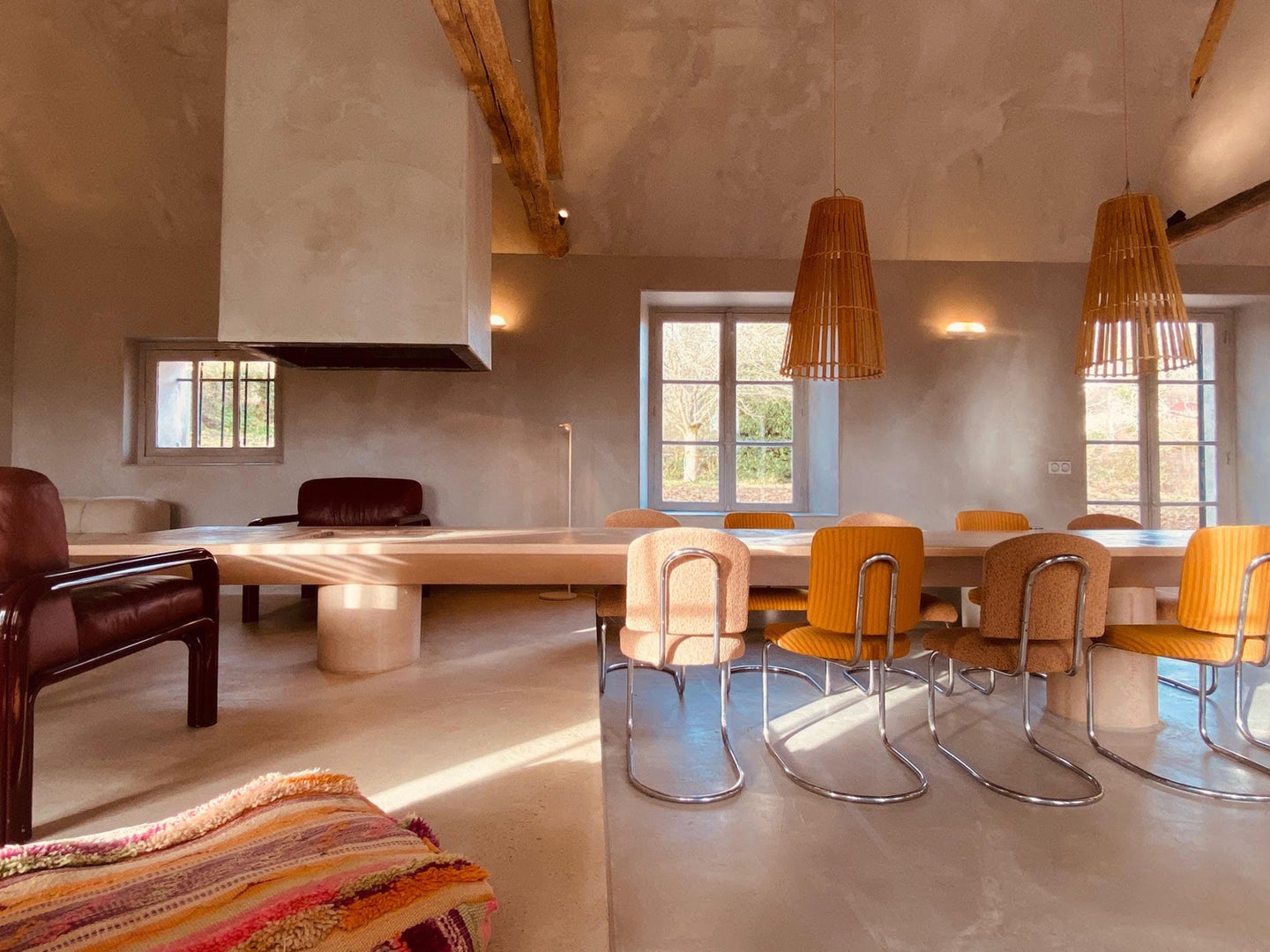 Courtesy of Alix and Onur Keçe

Sometimes things don’t go as planned—and that’s exactly when the magic happens. Back in 2014, Alix and Onur Keçe, the founder of the design agency The Refreshment Club, were hunting for a weekend escape in upstate New York without much success. It was only when the couple decided to cut their losses and move from New York City to Paris that their renovation project started to materialize.

In October 2018 they found their perfect match: a 19th-century house, 40 minutes outside of Paris in the Vexin region, that had fallen into disrepair but sat on ample land for their daughters Ellis (7) and Panda (3) to run around on. “We had to redo everything, but that’s exactly what we were looking for,” explains Onur.

Luckily Alix and Onur, who are both founders of their own companies, are creative minds, so working around the house’s quirky configuration was more an exciting challenge than an obstacle, especially the first floor. They converted four small rooms into one open living-dining space, with a 16.5-feet-high vaulted ceiling at its peak: Casa Keçe was born. “We wanted to have a place where we could cook, eat, socialize, and work. We often have friends and family coming over during the weekend. The table is where people converge,” Onur points out.

But even with a bunch of walls removed, the flow was still choppy: The sitting area is just under a foot higher than the dining space. The split-level situation inspired the couple to build a custom 16-foot-long, solid pink concrete table that would tie together the two spots. “I like the idea of using objects to join spaces; the table brings that connection,” says Onur. The trick: The piece never changes height, only the floors do. If someone is sitting on the couch, the surface acts as a coffee table, and they can maintain eye contact with the person sitting down the way at dining table height.

Courtesy of Alix and Onur Keçe

Unpolished, raw textures are a common denominator at the Keçes—the kitchen countertops are also blush concrete. “It’s a country house; it’s going to get messy and dirty, and concrete is not going to get damaged,” says Onur. Similarly the table’s inset firepit is one of six hearths in the home. “Alix said that she wanted to have dinner with her friends and watch the fire next to her on the same level,” notes Onur. There’s also electricity running through the table so that the couple can plug their laptops in underneath.

But the piece’s construction—they worked with a general contractor to bring it to life—didn’t go as smoothly as they expected. “Our legs didn’t fit underneath because the top was too thick. So we decided to make the underside of the top curved,” explains Onur.

Now people can gather comfortably, for any reason or none at all. “The table is where friendships blossom over conversation. It’s where the food is eaten; it’s where we talk to our kids the most—mainly to tell them to eat dinner,” he adds. “It’s really the centerpiece where everyone comes together.”