Why Over-the-Top Cakes Have Taken Over Your Instagram Feed

In the era of social distancing, dessert is extra-special. 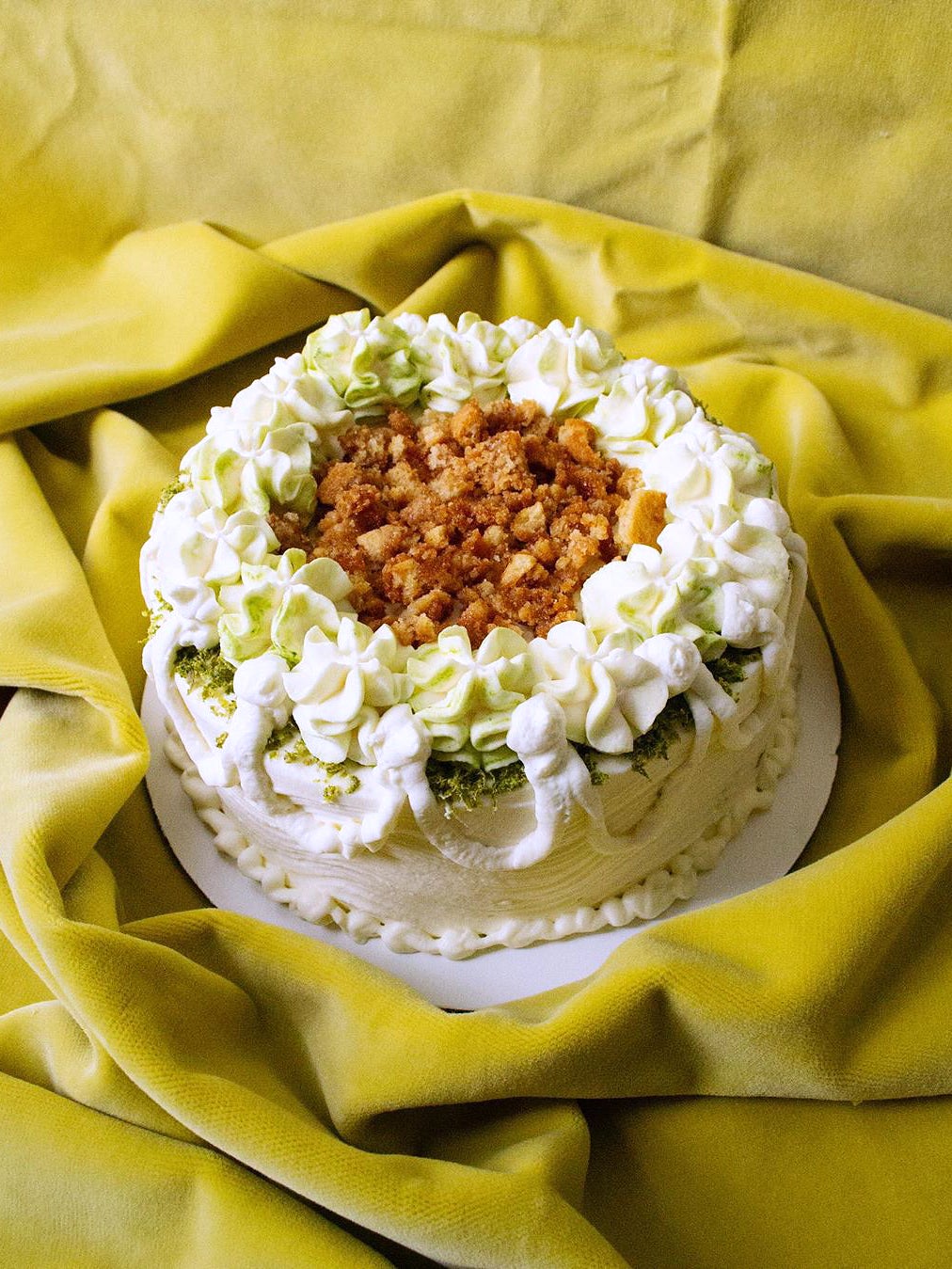 When the pandemic hit New York earlier this year, artist Billie Belo worried about how her Hudson Valley baking business, Cakes for No Occasion, would be affected. Her residency at Lil’ Deb’s Oasis had been cut short when the restaurant had to switch to delivery only, but surprisingly, her regular customers still wanted cake. After an initial dip in interest, she started getting more and more requests. “I think that people have been looking for something that feels like an experience, because they can’t have many experiences right now,” says Belo. In the age of micro weddings, virtual hangouts, and park picnics, elaborately decorated cakes have picked up in popularity as an accessible, exciting way to make a pared-back celebration—or even just an ordinary day—feel a little more special.

Brooklyn-based ceramic artist Alli Gelles, who makes her artful cakes under the name Cakes4Sport, has also seen a rise in requests for “just because” dessert orders. “Especially when you can’t gather very often, when you do get to see your friends outside, it’s something to celebrate,” she says.

Part of the fun, for both the bakers and the recipients, is letting go of traditional expectations and trying something new. While some of Belo’s and Gelles’s customers have requested specific flavors, many of them have given the bakers free range to experiment—in times like these, why not? “I think a lot of people want to see what happens,” says Gelles.

Belo typically makes her cakes with a tropical flavor, and Gelles gets creative with unexpected combinations (one favorite cake utilized a tube of lemongrass paste she happened to have on hand, paired with mango curd, ginger, and lime). Rhode Island–based E. Winslow Funaki, who runs Cake for Humans, has had fun both with more traditional approaches (like strawberries and cream) and more out-of-the-box ones (currently, she’s experimenting with Konpeito sugar candy). And Hyun Jung Jun, who shares her cakes at Dream Cake Test Kitchen, similarly offers a small menu, but leaves a “surprise me” option that many customers go for. Her most innovative? An orange-flavored olive oil cake topped with raspberry icing; sumac; Chinese five spice; and lime, orange, and lemon zest.

Above all, though, it’s the meaning behind the cakes that stand out among those who bake them. Belo participated in Bakers Against Racism in June, and continues to use her cakes as a means of fundraising for organizations such as G.L.I.T.S. “It’s really awesome to feel like there’s purpose and politics in cake—there’s something that’s giving back to the community,” she says.

On an interpersonal level, too, the cakes offer something special—the kind of gesture that might have once been accomplished with a delivery of flowers or a nice bottle of wine. Jun intends for Dream Cake Test Kitchen to eventually turn into a zine, in which she’ll discuss cakes as a medium to investigate relationships and emotions. “We all miss our friends and our physical connections to one another,” she says. “That’s why I love to make cakes, especially during this time—they show our care for each other.”