And the DIY wall is an ode to Mom’s skateboarding days. 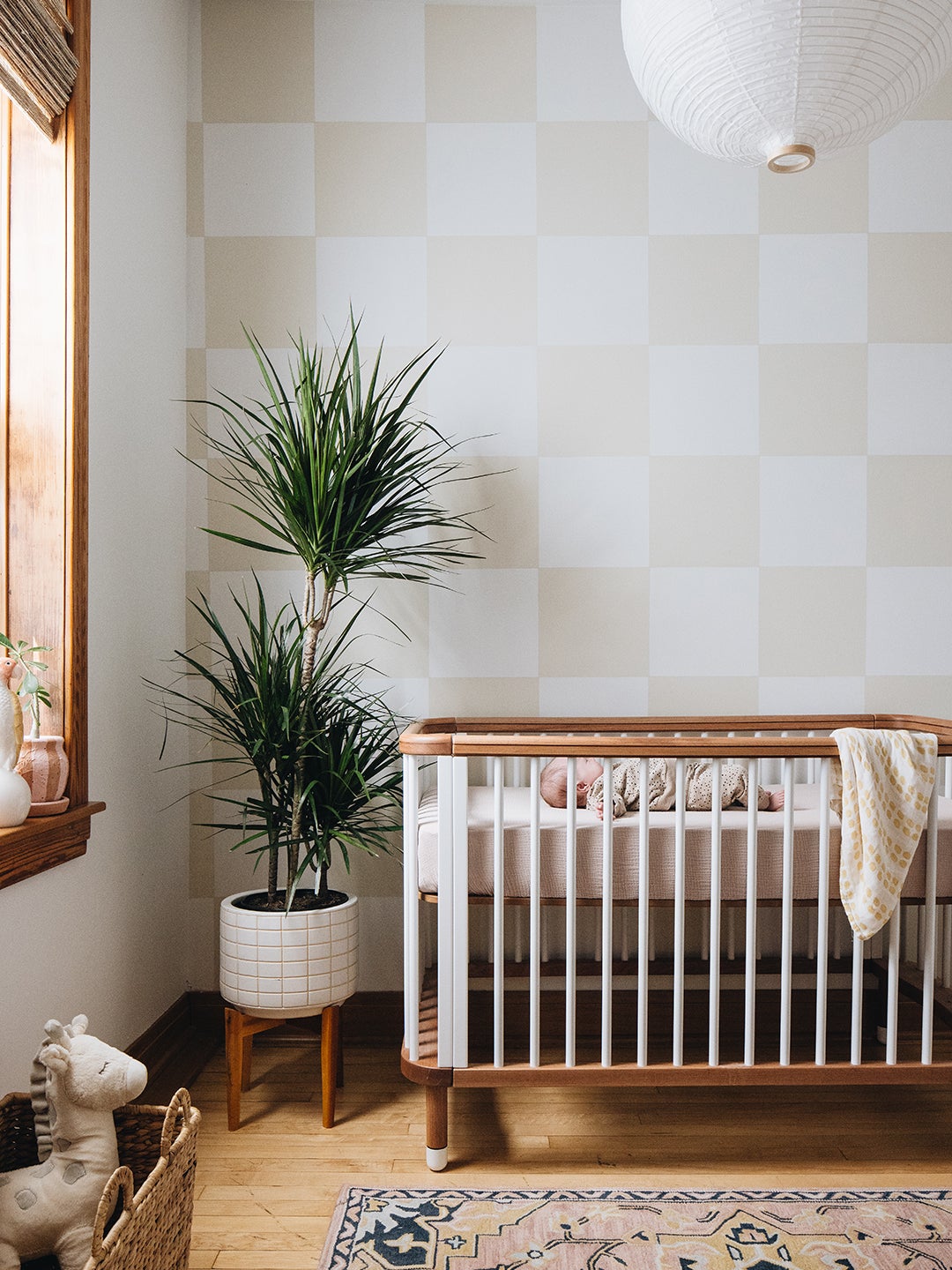 To say that Anna Stoffels and her boyfriend, Timmy, enjoy small-space living is a bit of an understatement. When it was just them in their tiny Chicago apartment, the pair turned their 80-square-foot closet into their primary bedroom. As for the actual bedroom? They used that spot as a second entertaining area. “Having two living spaces just made the place feel bigger,” says Stoffels, a photo assistant and prop stylist. Then their daughter, Raleigh, came along. “Even before we thought about having a baby, we talked about how we would make it work in this apartment,” she says. The solution: Their now 4-month-old bundle of joy got dibs on their old digs, and the couple converted their bonus hangout area into a proper bedroom.

While the room makeover saved her money in a city where rents are sky-high, Stoffels also considers herself a minimalist at heart. “I’m constantly the person who is going through drawers and cabinets and donating boxes of stuff,” she says. The new mom didn’t change her ways once Raleigh arrived. Since there’s no room to spare for cheesy plastic toys, the couple invested in items—a wood play gym, a terrazzo-patterned rocker—that they wouldn’t mind looking at 24-7. And knowing that babies come with a lot of gear, they opted for mini versions of parenting staples, starting with a convertible crib.

Stoffels landed on a Vans-esque pattern—a subtle nod to her prepregnancy skateboarding days—for one of the nursery’s walls. “I have a pair of shoes that are the same exact color,” she says, laughing (the hues are Behr’s Polar White and Crisp Linen). Timmy, who skateboards on the side but works in carpentry and window-treatment installation, mapped out the checkerboard design using a superlong level and blue tape. “He’s much better with numbers,” says Stoffels.

In anticipation of Raleigh’s arrival, the couple adapted a tiered closet system, which they installed when they shared the bedroom. “We took the lower rod off because we knew we’d need the floor space for a changing table,” explains Stoffels. But they kept the top bar so they had someplace to hang the baby’s itty-bitty wardrobe (it’s high enough that Raleigh can’t swat at it during diaper changes). Stoffels stocked the shelf above it with Amazon bins that hold lesser-used items like clothes her daughter hasn’t grown into yet, books for her to read when she’s older, breast bumps, extra diapers, and more.

Everyday necessities live in a simple IKEA rolling cart next to the dresser–slash–changing station (also a score from the Swedish retailer). In order to make the surface safe, Stoffels laid down a stick pad to hold the basket in place when Raleigh gets to fussing. “Or else it gets a little risky,” she notes. (Psst: The Amazon find is intended for a car dashboard.)

While some people can spend weeks hunting down the perfect crib, this one—Nestig’s Cloud Crib—came to Stoffels by way of an Instagram ad. “Coincidentally I bought our stroller off Instagram, too,” she says. The crib stood out to her immediately, not just because she liked the Scandi look of its rounded feet and curved wood frame, but the piece can convert into a toddler bed down the road.

All in the Family

The most personal touch comes in the form of a trailing plant. The hoya that sits on the high shelf over the changing area stemmed from a cutting Stoffels took from her grandparents’ houseplant. “It’s made all the more special because Raleigh was named after my grandfather, Rawley,” she shares.