And more design ideas to steal from the jewel-box space. 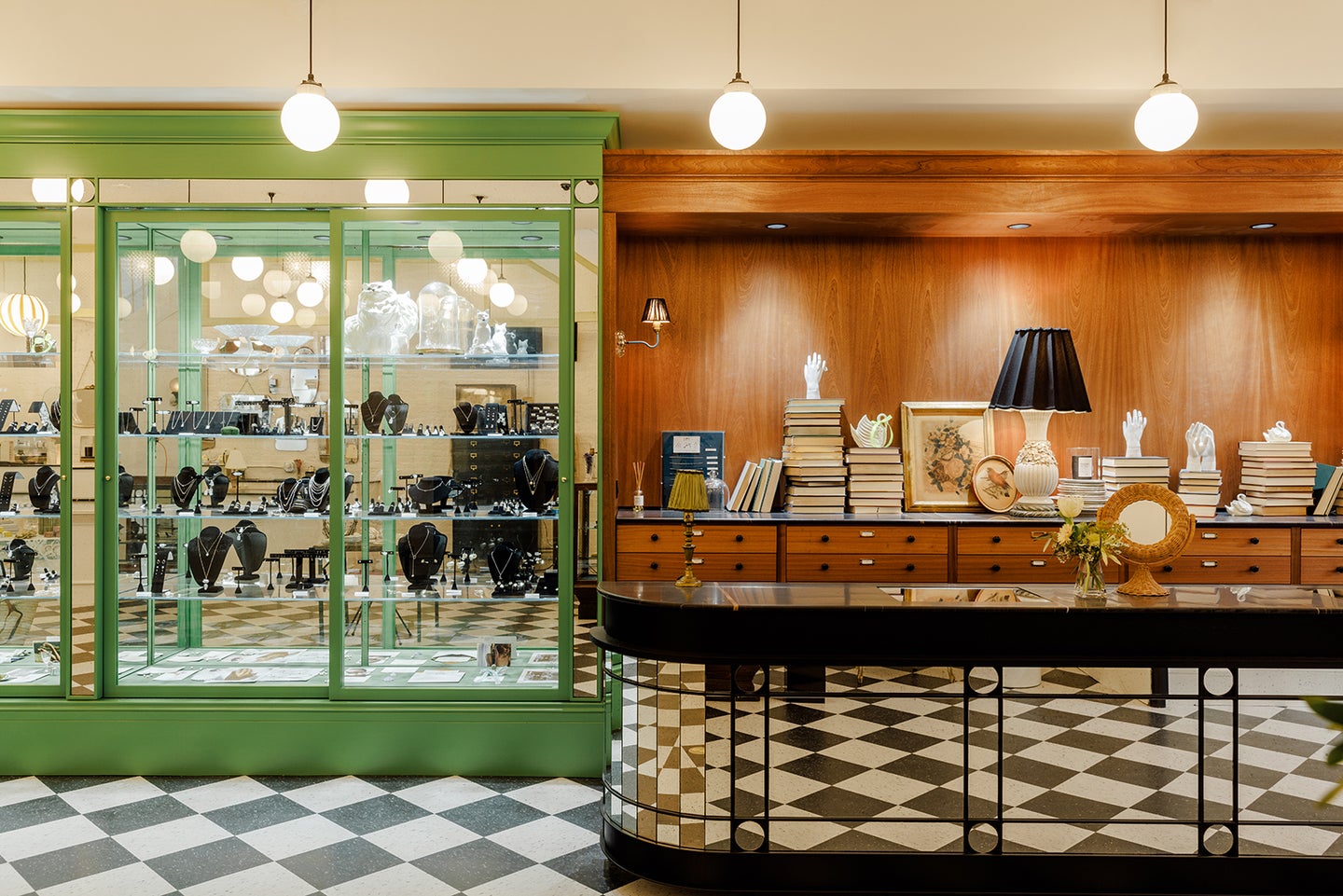 When it came time for hip Brooklyn jewelry company Catbird to move its flagship to a bigger location in its Williamsburg neighborhood, Leigh Plessner, the brand’s chief creative officer, knew exactly what design notes she wanted to hit: “Haberdashery, millinery, and bizarre museum displays.”

So she collaborated with Spencer Alton and Alex Bechara of design firm Alton Bechara, and the team landed on giving the 1,400-square-foot space an old-timey bank, vintage Italian pharmacy feel. But that doesn’t mean they splurged on Murano glass (though it does appear in one lighting fixture) and expensive marble.

In fact, the floors are a practical and price-friendly choice: classic Armstrong vinyl squares arranged in a black-and-white checkerboard pattern, a nod to the city’s famous cookies that come in that same palette. “It’s the most basic linoleum tile you can find,” Alton says, before Bechara chimes in: “At first we thought we’d try to achieve a similar effect with wood, but going with vinyl was the best decision we made.”

From there, they saved on furniture by sourcing vintage instead of new. Plessner, an avid thrifter, scours estate sales in Atlantic City, New Jersey, and shops in Bucks County, Pennsylvania. Sometimes her finds appear in the store, like in the case of a round metal patio table and a $30 card table with a floral design on top. On the walls, an arrangement of found mirrors—most are from Etsy, and impressively, all but one arrived undamaged (!)—give customers a view of themselves wearing the store’s understated baubles.

And then there’s the vivid green jewelry display, which was inspired by cabbage and a dress Gwyneth Paltrow wore in 1998’s Great Expectations, but in IRL it’s Benjamin Moore’s Baby Fern. The shade also appears in the brand’s SoHo store, connecting the two spaces. A burst of color appears on the stools, which the team reupholstered in vintage French ticking.

To balance out all the vintage-feeling pieces, like the knobs that came along from the former store, Alton says they updated the staircase’s chunky banister staircase with a sleek railing and added new lighting and windows. And when you look at it altogether, the shop is a jewel box of treasures, old and new.