A lackluster space gets the ultimate remodel! 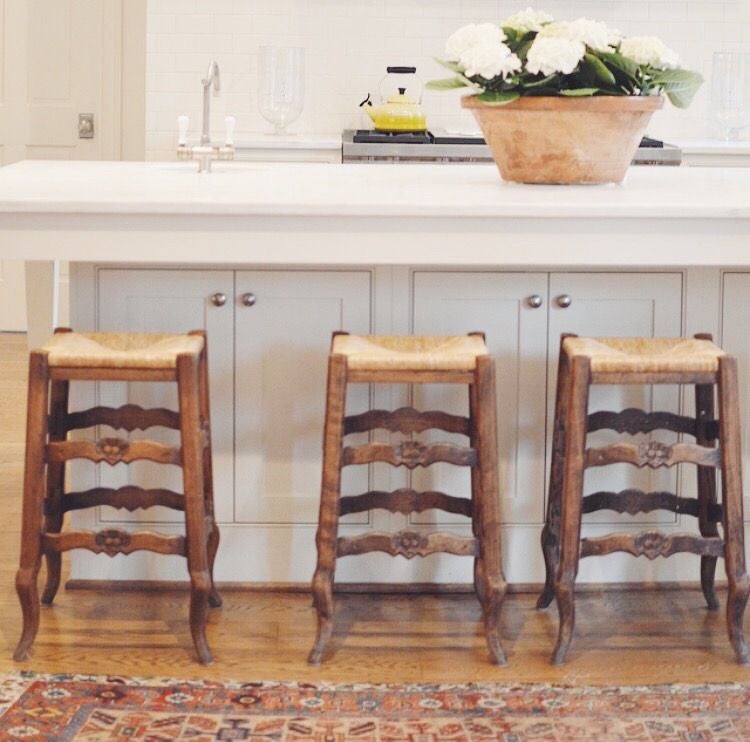 You know those spaces you visit and want to sound optimistic, but while your heart is saying “yes,” your mind is cautiously yelling “woah, woah, woah, are you sure?” This was the situation going on when I first visited this kitchen. While it was a beautiful space, it was dark and angled; not the light and white one of my dreams. But equipped with confidence in what the space could be (plus a couple hundred Pinterest images) we began the demolition on the space. After measuring and making sketches, we realized we had a lot more space to play with than we’d originally recognized. Our objective? A kitchen with a pantry, laundry, and a big island.

We straightened out the angle and reconfigured the laundry in such a way as to allow for a pantry. By doing so, we gained a window in the kitchen which, instantly fixed our lighting problem. In addition, we installed several strategically placed 4″ cans throughout the space as well as a center pendant over the island. Another decision that had a big impact was spliting the fridge and freezer into separate entities. This helped us find balance on the right wall as opposed to feeling like all the heavy appliances congregated in one corner.

Our goal for the end product was a light and fresh space, and our chosen materials certainly reflected that. We went with a solid, hand-formed white

One of my favorite details is the way we tiled the stove wall. The entire wall makes for a fabulous focal point and a great first impression! For the countertops, we chose a white marble that is actually quarried in our home state. For the cabinets we went with an option with slightly grey undertones to provide a touch of contrast.

For the faucets, we wanted simple, clean lines – not too mod and not too traditional in shape. Over the island, we chose a lantern, a traditional element, with a contemporary take. I love the simple lines of the fixture and the absence of glass.

After much debate, we decided to use the homeowner’s existing barstools. I liked that using these incorporated an element from their previous kitchen, making the space feel a little more like home.

The other element that we carried over from the previous home was a beautiful, old rug. In fact, this might be my favorite thing about the space – pairing the new with the old! The end product – the kitchen that we dreamed of in the space we wanted. Now that’s a win-win!