Behind the design of Botanica, a new restaurant and market designed by Weekends Studio. 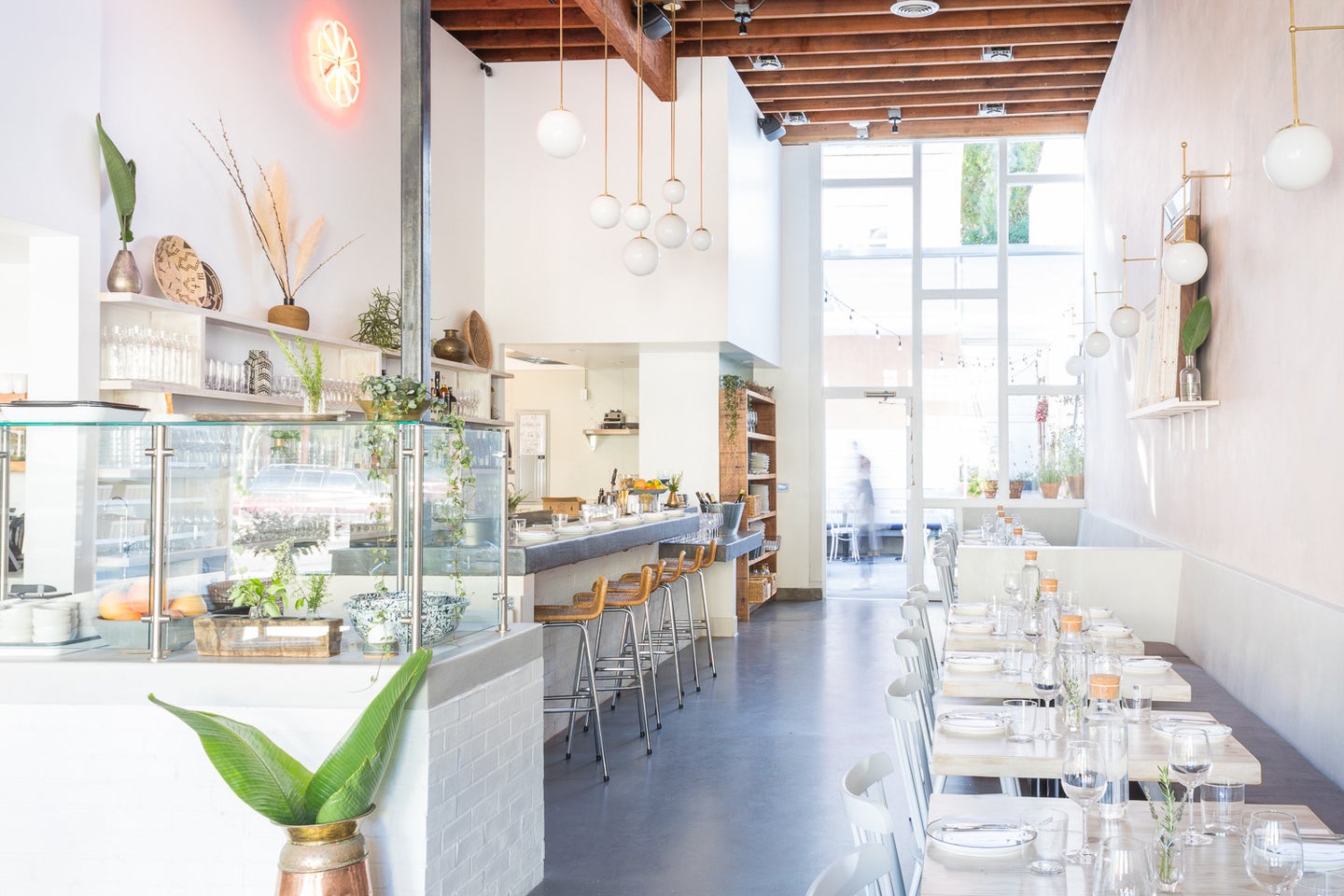 Botanica, Silver Lake’s newest eatery, is a trifecta of restaurant, market, and magazine, a scheme concocted by chef-owners and partners Emily Fiffer and Heather Sperling thanks to their untraditional restaurant background: both covered the food world for years as writers and editors. Their latest venture is a manifestation of their culinary passions, and they tapped Weekends Studio to bring the vision to life with a bright and airy space that feels fresh.

Fiffer and Sperling tapped architecture firm FreelandBuck and interior design firm Weekends Studio to transform the former liquor shop space. The atmosphere is light and bright with high ceilings, redwood beams, and elements of concrete, wood, and neon along with a statement wall (“a giant canvas in various shades of dusty rose, grays and some blues”).

“Heather and I had both visited Paris and admired restaurants Weekends Studio had worked on (Le Mary Celeste, Candelaria, Le Depanneur),” says Fiffer. “About a month after moving to LA, I went down a design rabbit hole and found their website and emailed. David wrote back immediately and said that they’d actually just moved back to California.” Botanica ended up being their first L.A. project.

“One thing that was special is that Botanica is a couple of blocks from our house,” says Weekends Studio’s designer Cheri Messerli, who along with her partner David Rager designed the space. “So, not only were we invested as designers but also really involved as neighbors. It’s a great addition to the area, we’ll finally be able to get some fresh market goods and have a restaurant that’s open all day.”

Using bright blue trim on the white facade and faded dusty pinks to add a Moroccan feel was a reference to the chef’s Mediterranean-influenced cuisine and the designers’ time in France. “Being back in California now and missing Paris, I think we really wanted to bring some of what we miss from our second home back here,” says Messerli.

“We wanted it to feel like a space that was old and new at the same time, and new for L.A,” says Messerli. “Knowing when to not overdesign was key to this project, and I really wanted the place to have a certain femininity to it since the owners are two women opening their first restaurant.”