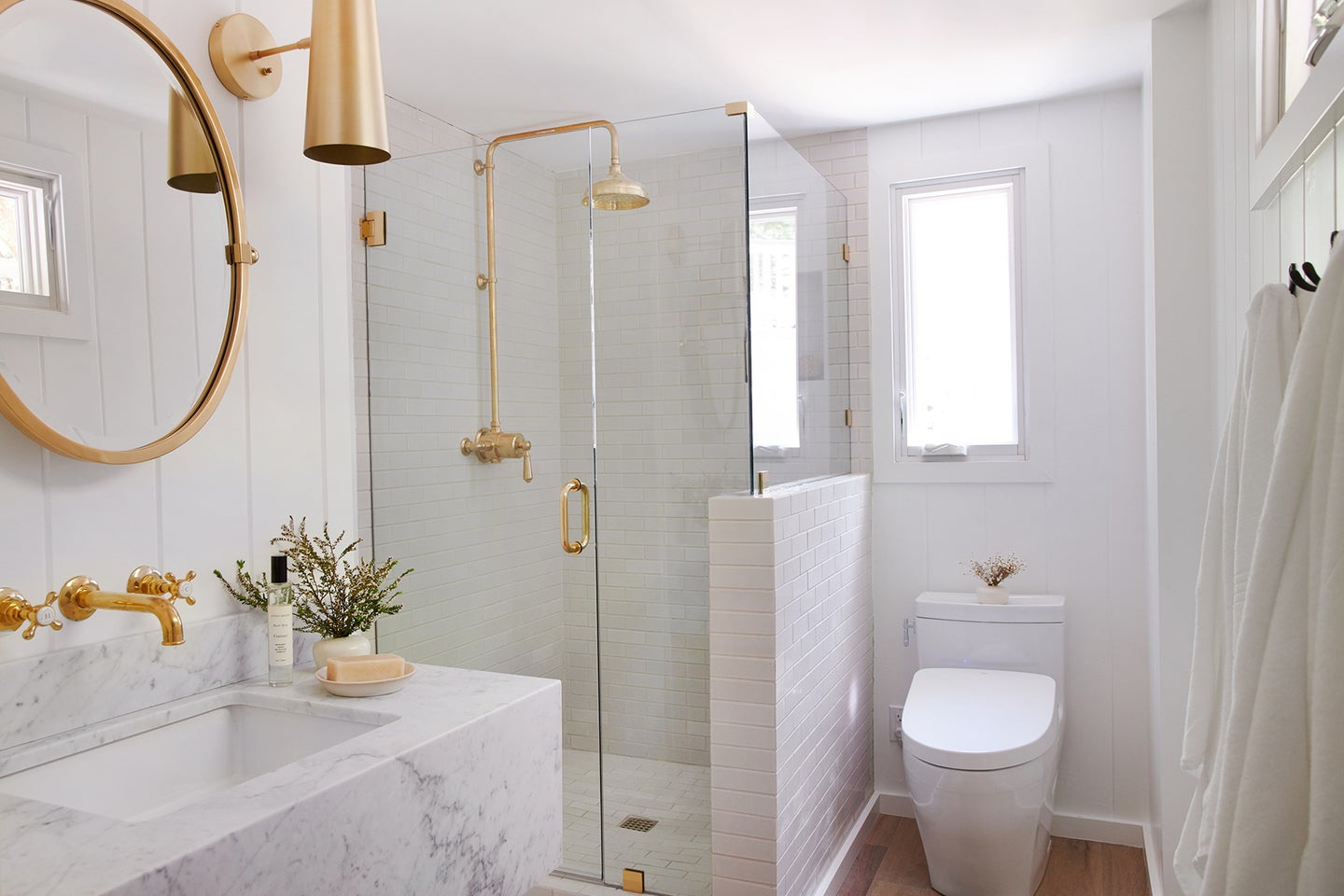 Chances are you’ve seen bidets while traveling in Europe or Asia, but you’ve never gotten close enough to know what they’re all about. Although the fixtures are sworn by internationally, they have remained an enigma Stateside—until recently. Variations of them, such as the WASHLET, have slowly been rising in popularity. Even Chrissy Teigen has gotten in on it.

What drives the cult following? In short, they’re at-home spa treatments for down there. However, there’s a lot more to it than meets the eye, so we set out to learn everything there is to know about them.

There’s a difference between the two.

A bidet is a stand-alone fixture made purely for the purpose of cleaning yourself—no flushing toilet paper down it!—and usually comes in conjunction with a toilet.

WASHLET, on the other hand, is an attachment. It essentially serves the same purpose as a bidet, but it goes at the head of your toilet seat; a two-in-one deal.

They can be totally tricked out.

WASHLET pairs with any standard toilet and typically comes with a remote control to activate a retractable cleansing wand. The self-cleaning attachment can spray either your front or back—hello, max coverage—with the option of various degrees of water pressure and temperature.

Of course, the type you own will dictate the sort of functionalities you’ll have at your fingertips. Think: upgrades such as heated seats, an oscillating wand, deodorizers, night-lights, and even a warm dryer.

They’re not all expensive.

WASHLET range in cost from the low hundreds to the thousands. Naturally, the pricier onesare equipped with all of those bells and whistles, including a discrete design that will be virtually indistinguishable from the outside. Read: no awkward attachment jutting out from the side of your toilet.

Yes, the water coming out is clean.

Not to worry, Ewater+, the warm cleansing water emitted from the wand, is electrolyzed, which also helps keep the bowl clean without the use of harsh chemicals.

Using toilet paper is the norm in the U.S. Anything else seems…weird, different, wrong. But, in theory, water does seem like a more sanitary and gentle alternative to repeated contact with a rough material throughout the course of a day.

Plus, they’re good for the environment.

Right off the bat, you’re cutting down on toilet paper use, not to mention the water used to make said paper. Brands such as Toto also feature a premist functionality, which sprays the toilet bowl with water before use, preventing buildup, which makes maintenance a whole lot easier.

In essence, the WASHLET is just taking your self-care routine to an entirely new level. Class dismissed.