This $90M mansion will be the first Los Angeles home the couple has bought together. 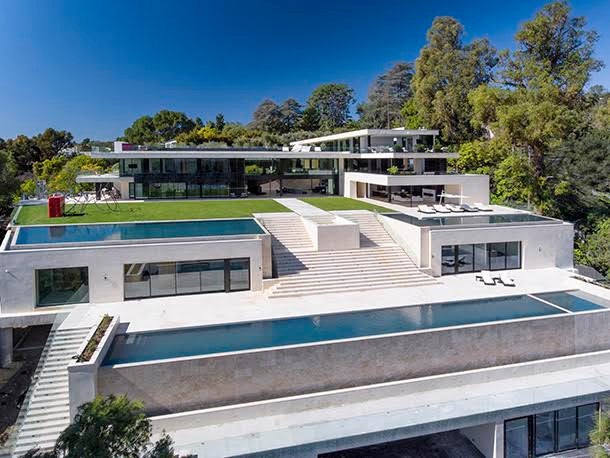 It’s been several years since Bey and Jay decided to move to Los Angeles, but they have yet to take the plunge and become Los Angeles homeowners. Instead, they’ve been flitting from outrageous rental (a $45 million mansion featured in The Big Lebowski) to outrageous rental (a stunning, 6.3-acre Malibu villa), but it seems that they have finally found their one true West Coast love.

Reports say that the picky power couple are set to purchase a $90 million, 30,000-square-foot megamansion in Bel Air. The sprawling 1.6-acre estate is made up of six structures, including a 15-car garage. Bulletproof windows, four pools, a basketball court, a recording studio, and a spa are just some of its many high-end amenities.

According to estates director Corey Weiss of John Aaroe Group—who was initially involved in marketing the property from the development side—the eight-bedroom, 11-bathroom home also features staff quarters and limestone floors. The site was originally purchased for $15 million in 2013, and developer Tyrone McKillen took about four years to complete the house.

The home was designed by renowned LA architect Paul McClean, who was responsible for several of the priciest properties sold in LA last year. If the deal closes, it will hold the record as the most expensive home bought in LA this year. But we wouldn’t expect anything else from this superstar duo—after all, they have twins to take care of now.