10 holiday movies to watch between now and january

Because your post-meal movie is just as important as the menu. 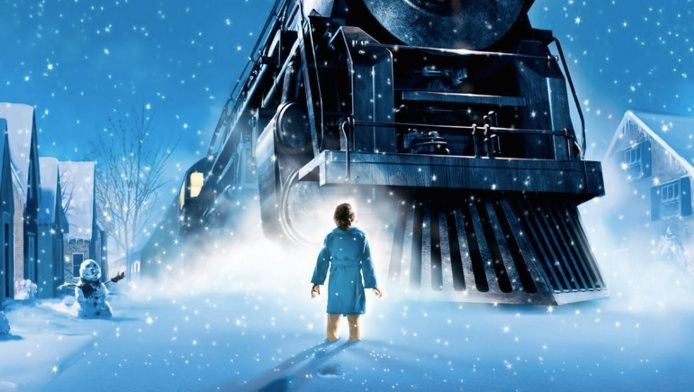 We’re pretty sure there’s a law in every state that you can’t celebrate the holidays until you watch Love Actually (and if there isn’t a law currently, there should be). Following several endearing and complicated characters and storylines throughout the weeks leading up to Christmas, this holiday staple features a ridiculous cast, including several “before they were stars” turns by Chiwetel Ejiofor, Martin Freeman, and Andrew Lincoln (looking much less scruffy than on The Walking Dead).

Two fabulous, yet down-on-love women (Cameron Diaz and Kate Winslet) decide to switch houses for a last-minute intercontinental vacation getaway from their respective lives. And wouldn’t you know it? They both meet charming and romantic men who adore them. Because this is a Nancy Meyers film, the female characters are interesting and well-drawn, and the impeccably decorated homes deserve top billing as well.

It’s on every single year, and we can’t help but watch it (and cry). The glory in this annual ritual? You can take a snooze at any point and when you wake up, you’ll know exactly what’s going on. For the newbies: It’s a Wonderful Life is the story of George Bailey, a man about to commit suicide when he receives a visit from a guardian angel. George is treated to a vision of what life would have been like for his friends and family had George himself never been alive.

The fact that Home Alone was released 25 years ago makes us want to slap our hands to our cheeks à la Macauley Culkin and scream! This blockbuster film follows Kevin, an 8-year-old who wakes up to find his ultimate holiday wish to not have a family has come true. Well, sort of. They actually just accidentally forgot about him and left for a family trip, but in that pre-cell phone age, Kevin thinks he’s on his own for good. When two bumbling thieves threaten to rob his family’s home, young Kevin realizes that he should be more careful about what he wishes for.

In this 80s style version of A Christmas Carol, Bill Murray stars as Frank, a cynical tv exec who is forcing his employees to work overtime during the holidays to put on a live televised production of A Christmas Carol. Frank is visited by three ghosts from his past, who make him rethink his decisions along the path to professional success as well as the people and things he has sacrificed.

How The Grinch Stole Christmas

Even if you don’t have kids, this Seussian short film (only 26 minutes!) is ideal for a post-dinner chill session. Slip into some cozy sweatpants or pajamas for this classic: when the Grinch’s heart grows three times, you’ll feel yours enlarge too. Don’t be surprised if you find yourself holding hands and swaying with assorted family members as you sing the “Welcome Christmas” song. There’s a live action version starring Jim Carrey, but nothing hits the holiday sweet spot like the cartoon original.

Billy Bob Thornton is Willie, a very naughty department store Santa. Willie is actually a professional thief in disguise; each year, he and his buddy pull a Christmas con. When Willie meets a gullible young boy who truly believes that he is Santa, Willie starts to believe that there might be more to life than sex, alcohol, and robbery. Meanwhile, a security guard discovers Willie and his partner’s plan.

The Polar Express features unique motion capture animation and breathes life into a beloved literary classic. It’s a great movie for cuddling on the couch with little ones. Tom Hanks takes on a variety of roles in this fleshed out screen version of the original Polar Express, a story about a boy’s voyage on a fantastical Christmas train and his journey to believe in the magic of Christmas.

An Eddie Murphy comedy could be just the thing to jolt you out of your tryptophan-induced stupor. Trading Places, which also stars Dan Aykroyd and Jamie Lee Curtis, is the story of a wealthy broker and a homeless con man who trade places as unwitting parts of a social experiment/bet by two older commodities brokers. Eventually, the two pawns discover that they are being played and seek their own revenge against the financiers.

Bridget Jones and Mark Darcy, smooching in the snow? Yes, please. We’ll watch Bridget Jones anytime, but especially when our bellies are full of yummies and we don’t have the energy to do anything but cheer on hot mess Bridget as she ditches that dastardly Hugh Grant and discovers that a true love cares for you just the way you are. Gumption is one thing Bridget has in spades (self-deprecating humor is another), particularly in the face of some seriously embarrassing Christmas traditions.