How to Date Men When You Hate Men: A Comedy Writer Gets Real About Love

Plus, the books that shaped her perspective. 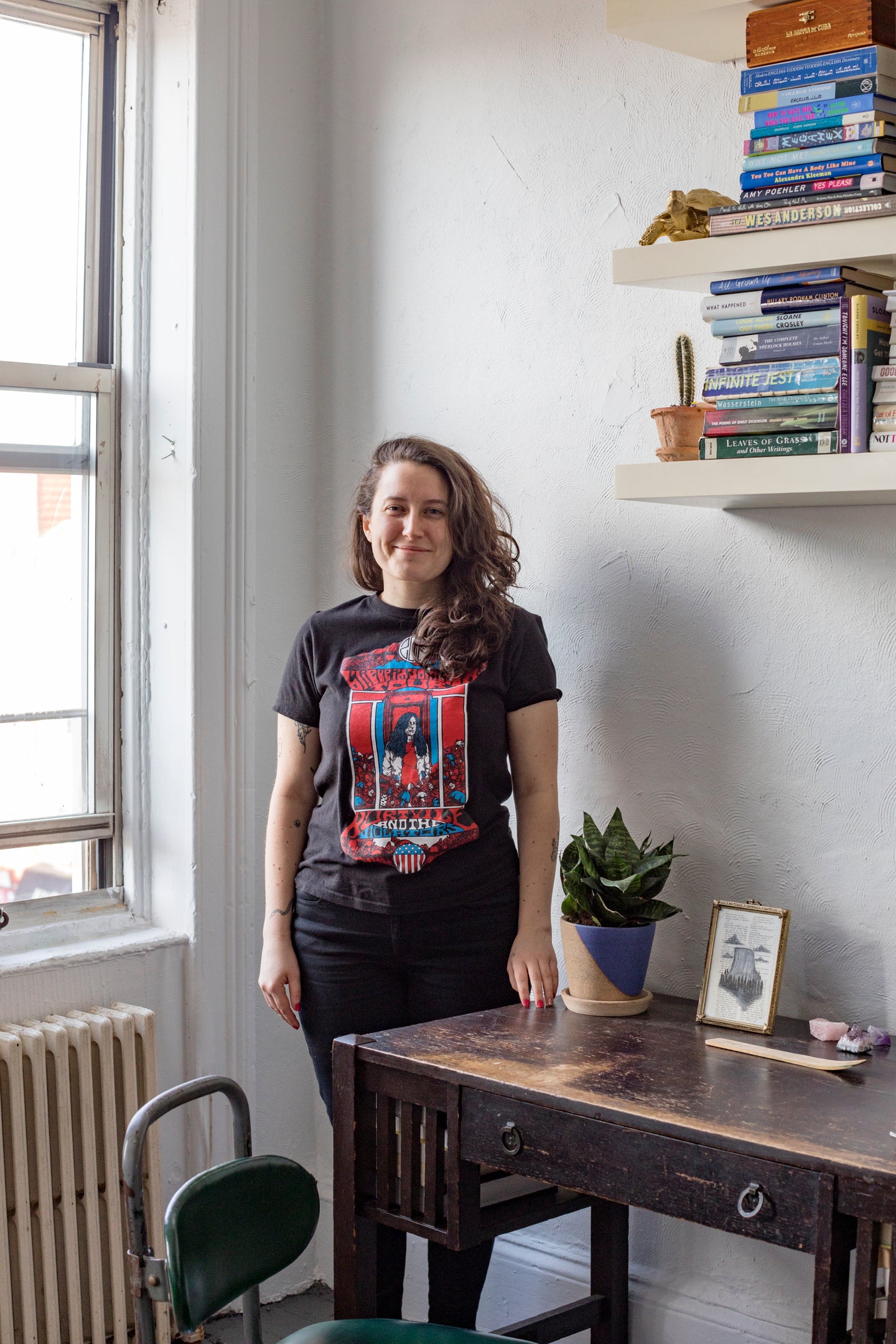 When you’re publicly reading a book called How to Date Men When You Hate Men, it’s impossible not to get a few varied stares. Blythe Roberson, the author of this very book, is pleased with that fact. The comedy writer finds herself drawn to books that challenge expectations, dive deep into love life analysis, and, of course, evoke a good laugh—all of which she does in her debut tome, which she notes is not a how-to manual but rather a collection of mini essays on her observations about dating as a straight woman in a patriarchal society. Trust us, there’s a lot to laugh about.

For Roberson, books (as well as the classic rom-com You’ve Got Mail) have shaped her perspectives on love, and in her writing, she challenges that perspective. “I’m bad at dating and I make a lot of mistakes and don’t always know what they are,” she laughs. “But the lesson is that there’s something to be gained from thinking about how society might warp your view of love and what the power dynamics in dating are.” There’s plenty of food for thought in the book—wrapped up in pop culture references, philosophy, literature, and personal anecdotes—to push you to approach your relationships in a different way or at least find something to commiserate on.

Books, after all, are some of the greatest tools for learning empathy, widening your world view, and of course, finding entertainment. Below, Roberson shares the five books that most changed the way she thinks about love and how they might just teach you something new.

A Lover’s Discourse by Roland Barthes

“The whole idea behind my book was basically like, what if there was A Lover’s Discourse but from a female perspective and in 2019 and with jokes and without constantly mentioning the Sorrows of Young Werther? I heard of this book because I read The Marriage Plot and first ordered it in 2015. I read it, and it really resonated with me. Barthes takes words, organized alphabetically, that have to do with love and being a lover—like waiting, jealousy, engulfment—and writes his own thoughts and fragments and ties in other literature and philosophy.

“Because there were about 100 words and phrases, some of the stuff was so obvious, but some of it was so minute. He was observing things I’ve never thought of before, and for things that I had thought of, he presented a whole new perspective. There was one section, in particular, that said: The lover says that they’re suffering from not being loved, but they’re secretly suffering from believing they’re loved. I thought that’s what my problem is—I secretly believe that everyone’s in love with me. I still do, but now I have enough self-awareness about it. I really liked it a lot. There were portions that went over my head and there were parts that I didn’t care about, but I wished there was more.”

“I read it in high school. I stole it from my little brother to make fun of him and I ended up being engrossed. I really, really liked it. This was 2009, so I was 18 and hadn’t really seen much of this before, but it really seemed like there was this great lowbrow thing that people just weren’t taking seriously. I have bad taste—my favorite band is One Direction and one of my favorite movies is National Treasure. I love to like bad things.

“In college, I’d try to write papers about Twilight as much as possible. I was in this Crime and Horror in Victorian Literature class and I wrote a paper about Wuthering Heights and Eclipse, the third Twilight book. My final paper that I wrote at Harvard was about romance books: Pride and Prejudice, Wuthering Heights, Bridget Jones, and why our version of that, now, is Twilight and 50 Shades of Grey. The reason I liked it is because that’s how I felt being obsessed with my high school crush. But, through much introspection, I realized that that’s a messed up way to feel about someone.”

The Idiot by Elif Batuman

“The Idiot is also about a teen girl who gets obsessed with someone. It’s written by Elif Batuman, who is a genius. It was so funny, which I was not expecting. I always get so mad when someone who’s not a comedy writer is way funnier than I could ever write.

“It was so funny and really captured an 18-year-old who has a crush on someone who’s not a vampire. It just really shows how two people can be clearly into one another and never make a move; agonizing and having nothing happen, and then everything happens all at once. They never make out. I feel like that was most of my early 20s—being an idiot. You never really see that kind of relationship depicted because it’s so anticlimactic. It didn’t feel boring to me, it just felt real.”

I Love Dick by Chris Kraus

“I feel like I read this book because Tavi Gevinson was talking a lot about it in 2014. It felt slightly transgressive on the subway, which I hope my book title feels like. It’s about this woman getting obsessed with this guy, Dick, and she and her husband writing letters to Dick and how her desire for him inspires her writing. It gets into what desire is and how it’s this excess of energy and how that translates to arts. It really completely changed my relationship to writing about my relationships. I don’t know if I had ever written about my relationships before I had read this book.”

“I read this when I was 21 or 22. I read it six months before I moved to New York. I had just graduated from college and didn’t really know if I would make it as a writer. I didn’t know if it was a good way to spend my time. I went to school with all these people who were going to law school and going to work at Goldman Sachs.

“Patti Smith is so devoted to arts. It’s about being inspired by your life and integrating art and love. It’s less obsession-based. There’s one section that stuck with me because I was in unrequited love with everyone from age 18 to age 26. She was like—and I’m paraphrasing—‘There was this guy, and I loved him, but he didn’t love me. He’d never become my boyfriend, but writing about him made me a more prolific and better writer.’

“The idea that you can be in love with someone that doesn’t feel the same way as you but it makes you better at something you love—like writing—was meaningful and also that you cannot be ruined by someone rejecting you.”

See more must-read books I Read 60-Plus Books Every Year. Here’s How I Do It These Are the 13 Books I’m Most Excited to Read in 201 The Books Our Favorite Girl Bosses Have on Their Nightstands