Audrey Hepburn’s Home Is For Sale, And It’s Every Bit As Elegant As You’d Expect

Spoiler: it includes a private tennis court and a separate guest house. 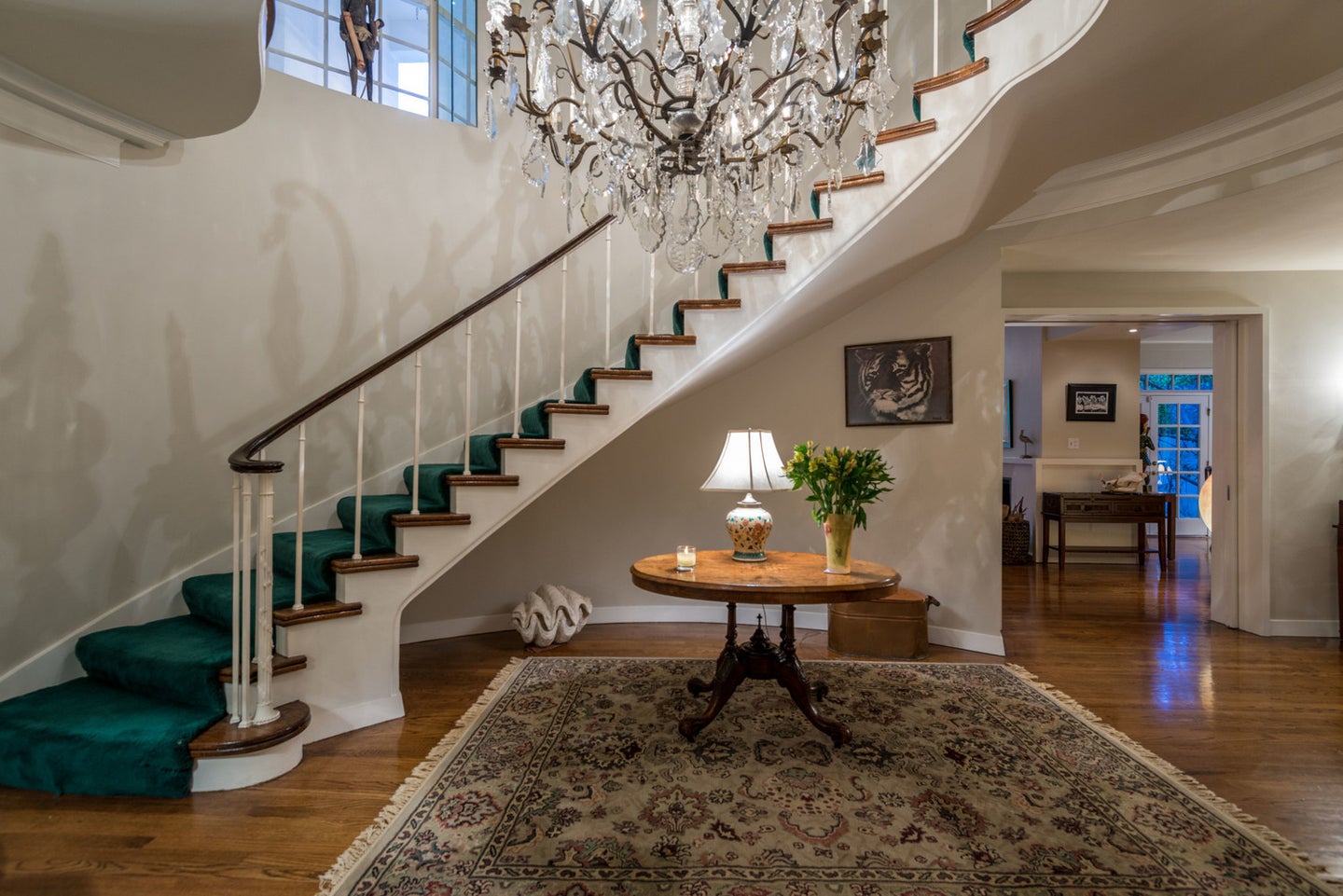 Audrey Hepburn is the poster child for timeless elegance, so it’s really no surprise that her one-time home would reflect her persona. The Los Angeles estate which, the Hollywood icon once called home is back on the market for just under $14 million.

The opulence continues inside: A formal foyer with a grand staircase and gorgeous chandelier opens up to a spacious living room complete with a fireplace and built-in bookshelves. The residence also includes three separate dining areas, including a gourmet kitchen, a separate breakfast room, and a formal dining room.

With six bedrooms and five and a half bathrooms (not counting the separate 700 square foot guest house or 1,000 square foot staff apartment), there’s definitely no shortage of space.

Hepburn lived in the house with first husband Mel Ferrer, though she is not the only celebrity to have taken advantage of the extravagant property. The estate, designed by architect Paul Williams in 1938, was also home to Mia Farrow and Frank Sinatra, David Niven, and Eva Gabor. It initially went up for sale in 2015 for $16.95 million.

Living in the same home is not the only way fans of the late actress can follow in her footsteps. London’s auction house Christie’s will be selling items from Hepburn’s personal collection on September 27th. A cigarette lighter engraved with “For My Fair Lady” and an original annotated Breakfast at Tiffany’s script are among the gems included in the auction.