If Lorelai Gilmore and Midge Maisel can handle their families, so can you. 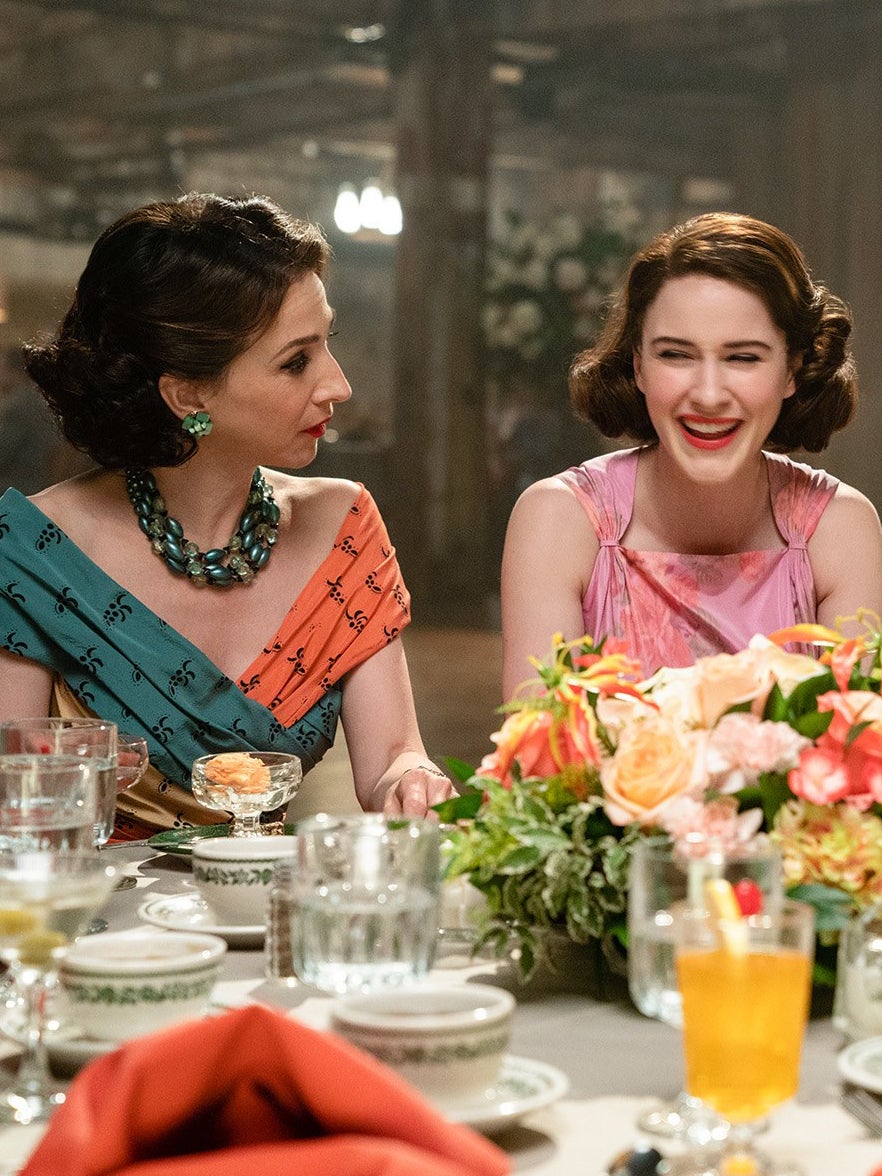 Amy Sherman-Palladino is the master of writing awkward family dinners. The cocreator of Gilmore Girls and The Marvelous Mrs. Maisel let all hell break loose at, well, every Friday dinner at Emily and Richard Gilmore’s (especially the one when the family fought over Rory’s independence for five full minutes). More recently, there were the many tense, fork-dropping moments when Midge skirted around the details of her late-night comedy career to her parents.

When it comes to navigating small-talk with extended family at the holidays, Sherman-Palladino is a natural. We caught up with the fast-talking, no-nonsense mastermind at the Maisel-themed window exhibit unveiling at Bergdorf Goodman in NYC, and she revealed how she’s navigated kitchen disasters, why she doesn’t believe in avoiding the uncomfortable conversations, and how she keeps the peace during every holiday party (hint: Alcohol and cater waiters are involved.)

Pick a public place where no one can cause a scene

“I always want to get into a fight. My problem is ignoring when my husband’s kicking me under the table repeatedly and I just will not stop talking. I have my opinions and I want to have my say in very inappropriate ways. There are certain people and certain times you go into it knowing ‘I’m going to avoid that half of the room,’ otherwise it’s going to be a shit show.”

But if you start fighting, end with a joke to ease the tension

“The first time we went out to the Hamptons, a friend of ours took us to a dinner party. It was a meal that dragged on for 12 courses of nonsense, and I was surrounded by people who were dissing Michelle Obama. After a while, I exploded because I’d been holding it in for so long and I got into all these debates. When I finally shut the fuck up, I broke it with a joke and it worked. No matter what, you’ve got to get out with a laugh.”

If you’re making dinner, don’t be afraid to ask for help

“The first time we did Thanksgiving, we bought this whole set of dishes, and it came with everything: butter dishes, bread dishes, salad dishes, gravy boats, spoons—and I used everything. Then I realized none of this goes in the dishwasher and it all had to be hand-washed. Dan said, ‘So we’re getting rid of all of this.’ And I said, ‘No, we’ll just hire help.’ Now, I hire lovely boys—and this year, a girl—and they come to serve food, keep everybody drunk, and wash all the dishes. It’s fabulous and makes hosting less crazy.”

Fight for what actually brings you joy in stressful times

“I grew up with Hanukkah, getting oranges and socks, so I really go insane with Christmas gifts for Dan’s family. It’s unhealthy and unnatural. One year, they tried to do that thing where everybody buys one present, and I had a nervous breakdown. I need my insane Christmas shopping.”

When all else fails, start your own holiday

“Since we’re traveling all of November, we had Fake Thanksgiving last week and I cooked a turkey and everything for all our friends. The next day was dubbed Hangover Friday because we all woke up and we were still drunk. I kind of like Fake Thanksgiving because you can get people to come to that. You have to go to their own dumb Thanksgiving. So maybe we’ll do that from now on.”

Now that’s an etiquette guide we can get behind.

See more on holiday entertaining: How to Throw a Christmas Party for Under $100 Unexpected Holiday Tablescapes We Found on Pinterest Holiday Hosting Hacks for First-Time Entertainers