Covered in Mirrors, This Home’s Structural Column Is a Statement, Not a Hindrance

Let there be light...in every direction. 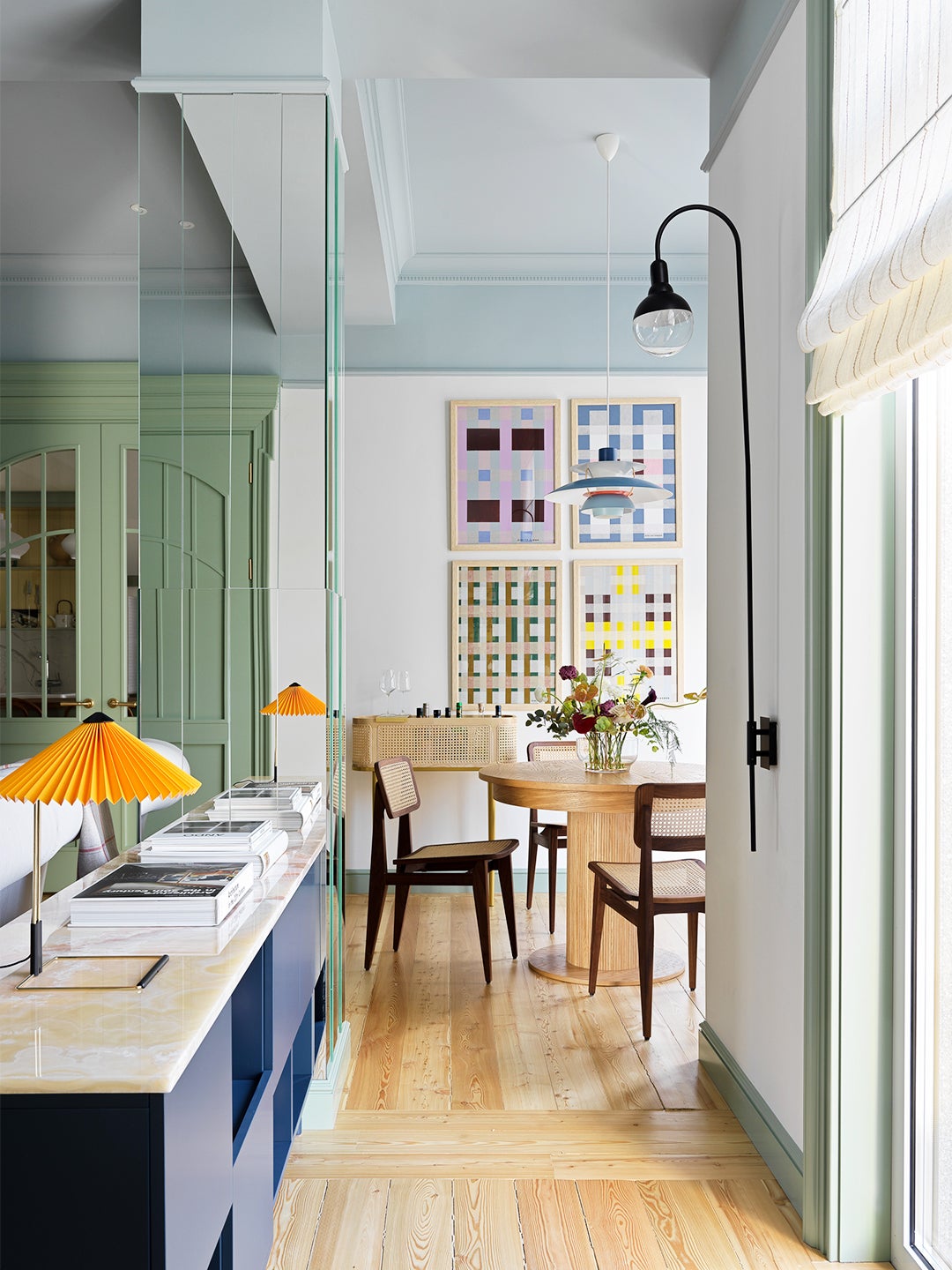 When Elina Mussakulova proposed to her clients, Erzhan and Nazym, that they should clad one of the structural columns in their Almaty, Kazakhstan, apartment in mirrors, they initially shut her down. “Nazym didn’t want her home to look like a Kazakh restaurant,” says Mussakulova, cofounder of Sdelaemremont.kz Interior Bureau. People in Kazakhstan love organizing big events for birthdays, weddings—you name it—so there happen to be a lot of large restaurants with load-bearing columns…and 99 percent of the time those pillars are covered with mirrors, Mussakulova reveals. But in her eyes, “mirrors are the best way to merge objects into the interior,” she explains. After much convincing, the clients gave her the green light. In an effort to make the column as un-restaurant-y as possible, the designer swathed it in strips of long, rectangular reflective panels to make it look more like a sculpture, less like an eyesore.

The column conundrum was just one challenge Mussakulova and her team had to overcome when it came to the apartment’s layout. At the onset of the project, the home was a completely open space with no interior walls. That’s all good and fine if you are going for that open-loft feel, but Erzhan and Nazym requested a living room, kitchen, home office, two bedrooms, and two bathrooms. The issue? The only three windows in the space, albeit massive, are all located on the same side of the apartment.

“We puzzled over the layout for several weeks,” recalls the designer. Then at the end of a workday, while enjoying a beer in the kitchen with her team, it hit them: Why not combine the office and cooking zone? “The apartment turned into an enfilade: The rooms are arranged in a row with doorways lined up so you can see from one end to the other,” explains Mussakulova. This allows light to filter into almost every room of the home, keeping it incredibly airy. Plus putting some distance between the desk and the living area means whoever is working won’t be disturbed if the TV is on.

Before Mussakulova even established a color palette or chatted about wallpaper options with Erzhan and Nazym, she showed them ideas for the doors. “I love doors. My phone memory is full of pictures of ones that I took from all over the world,” says the designer. In this case, she wanted to take advantage of the apartment’s ceiling height, so she devised openings with elaborate crown detailing (like the threshold that leads to the kitchen area) so they make the rooms look even taller than they actually are.

“Clients who love to cook are really into having a separate kitchen instead of an open plan,” the designer reveals. And even though Nazym admitted she’s no chef, she wanted a beautiful space that masked noises and odors and would ultimately encourage her to want to become a passionate cook. “This kitchen is ready for some experiments!” says Mussakulova.

The designer has her husband’s fashion choices to thank for this project’s breezy color scheme. “We were on our way to the supermarket and I noticed how good he looked standing in our beige garage with his pale green jeans and sky-colored cotton shirt,” she recalls. Hence, she introduced a custom sage green color to the kitchen doors, buttery yellow to the bathroom walls (it’s Naturel by Sherwin-Williams), and baby blue to the ceiling (Niebla Azul, also by Sherwin-Williams). The Spanish Volakas marble on the bathroom floors and shelving niches mixes the palette’s coolest and warmest tones perfectly.

The only space the designer went in a slightly different direction was the main bedroom, which is adorned in a striped wallpaper from Ferm Living. “Orange is my favorite color of all time. Sometimes I have to stop myself and not paint everything orange,” she says. Opting for white bedding and mustard-tinged curtains, tucked behind classical molding to hide the hardware, toned down the punchiness of the patterned walls.

When the couple really wants to zen out, all they have to do is crack open a window. The three-story building is located in the upper section of Almaty, right next to a street that borders a mountain river that is “really fast and furious but the sound is very relaxing,” notes Mussakulova. Who needs a white sound machine when you’ve got that? 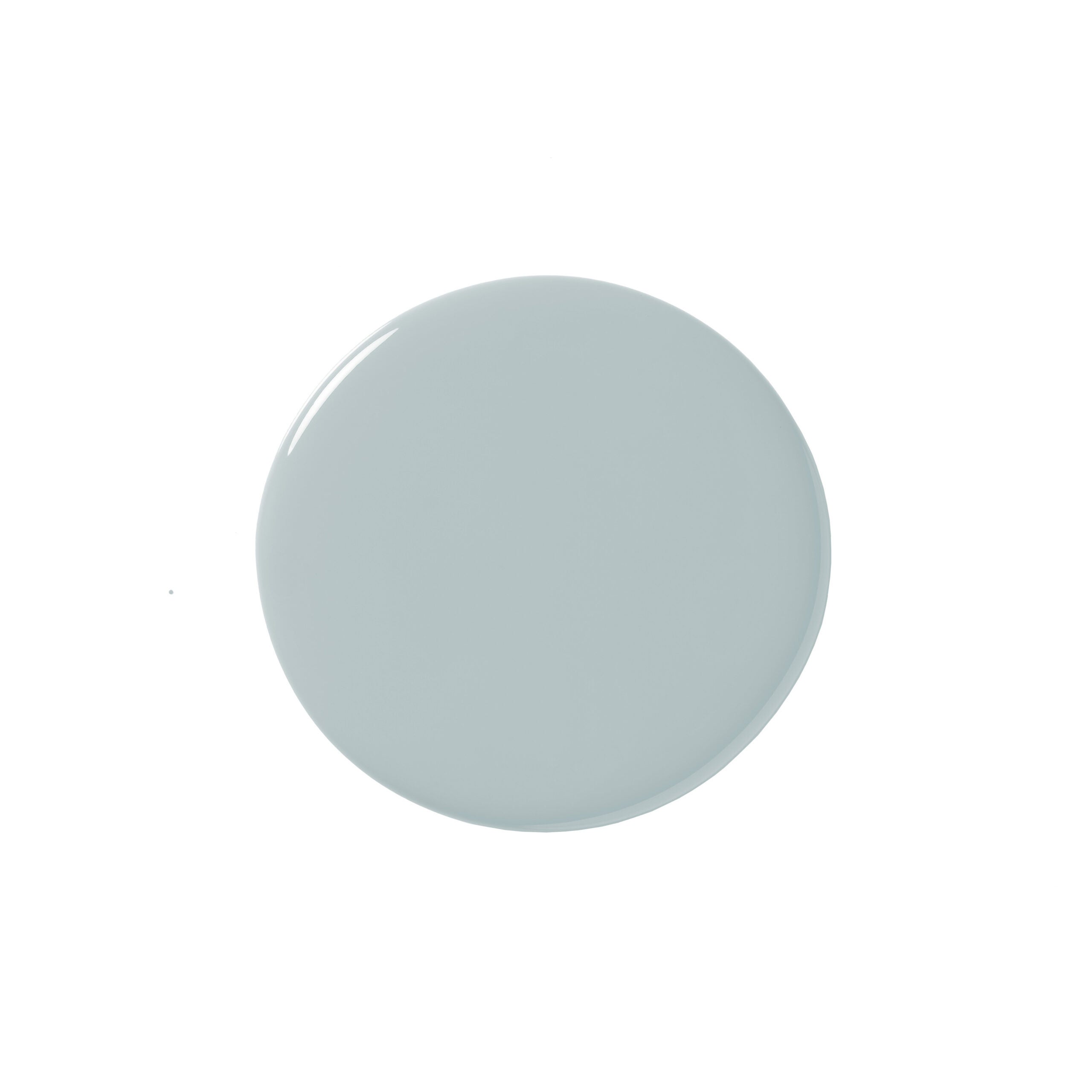 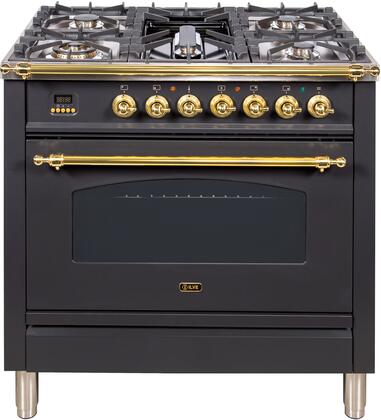 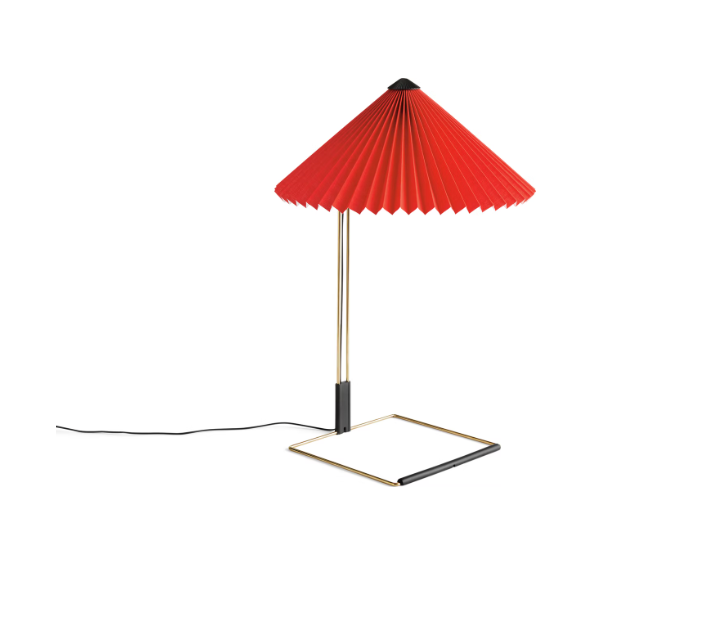 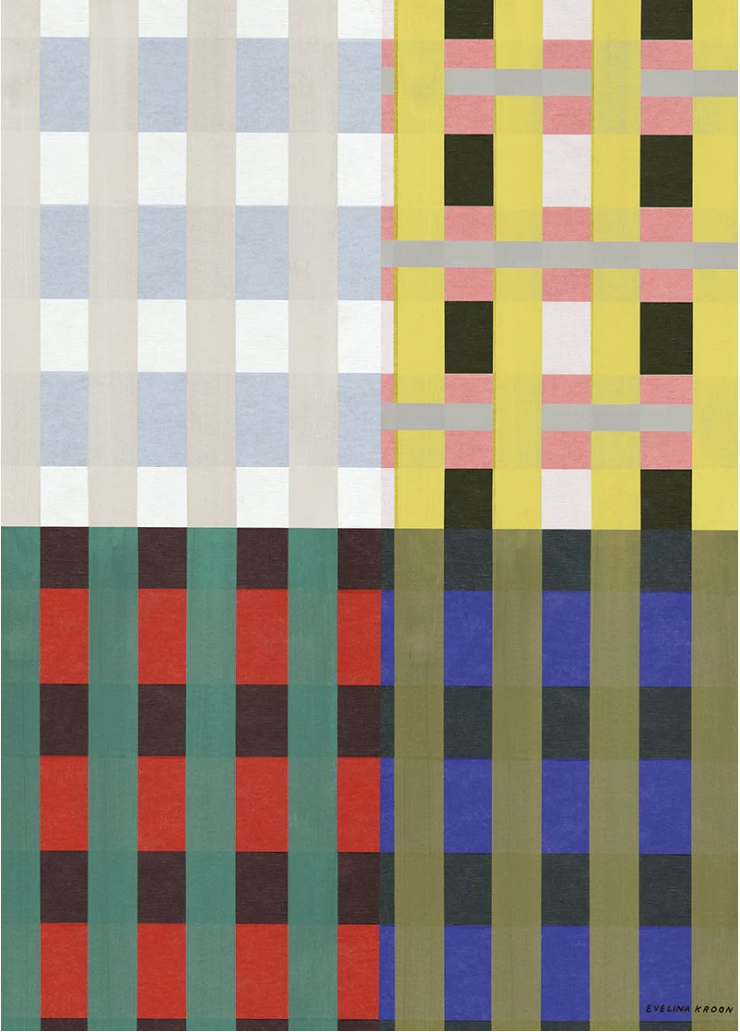