This Salvage-Obsessed Renovator Keeps Tabs on These Retro Appliance Brands

She scored one in great condition for just $350. 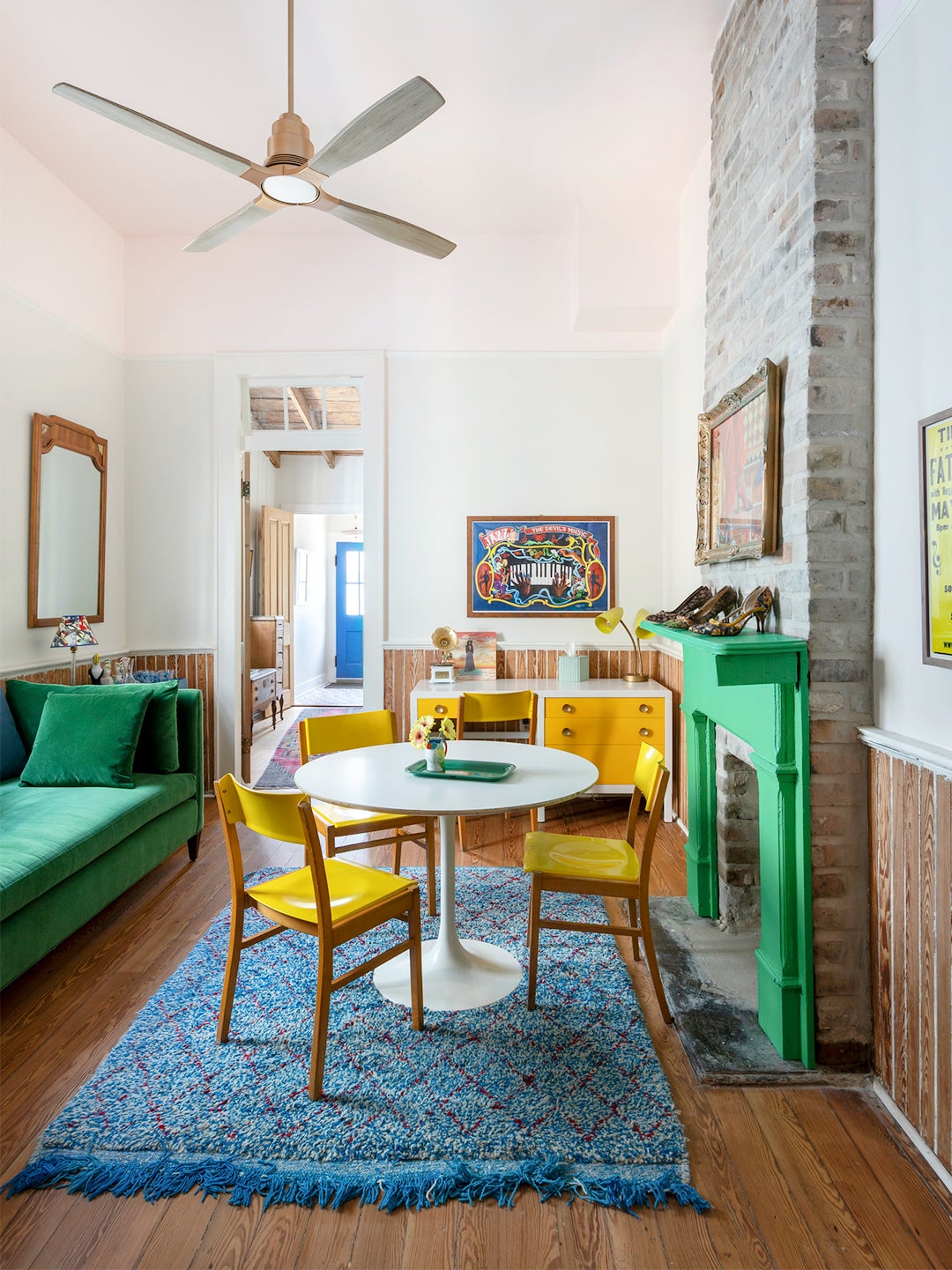 When Breeze Braunschweig’s neighbor listed his double shotgun house (a style that consists of two dwellings that share a central wall), she knew she’d have to act fast. A local developer had been buying up historic homes on her New Orleans street, tearing them down and building new rentals in their place, and she didn’t want this gem (built sometime between 1840 and 1870) to fall victim to a bulldozer. Braunschweig, a designer and contractor, and her husband, Kartik Ramachandran, who works in real estate and finance, had different plans: They wanted to infuse the worn-down home with oldness. Shortly after purchasing the property, the couple found themselves driving all over the southern U.S. in a sprinter van (usually with a 12-foot-long trailer attached to the hitch) picking up vintage tubs, sinks, cabinets, and appliances that most other renovators were happy to toss. “In the construction industry, there’s so much waste. I feel kind of sick when there is a dumpster in front of a house and everything’s being thrown into it,” says Braunschweig.

As with their own home reno, Braunschweig and Ramachandran worked with fellow contractor Merritt Landry and used state- and federal-tax-credit programs to renovate in accordance with the standards of the Secretary of the Interior of the U.S. government. Doing the extra work to historically preserve the space, be it by hunting down century-old wood or rehabbing an antique tub, paid off. In the end, they spent around $310,000 in qualifying renovation expenses, and received about $120,000 of that back. “I’m a California girl, but when I came to New Orleans, I fell madly in love with the homes,” shares Braunschweig. “There’s a story behind everything, the layers of patina. I can’t stay away from it.”

Ahead, Braunschweig shares her top tips for salvaging reno materials in style.

Generally, Braunschweig sticks to broad search terms like vintage and antique on sites like Craigslist and Facebook Marketplace, and then takes her time to look at everything. The exception to that strategy is when she’s on the hunt for appliances. “I’m obsessed with O’Keefe & Merritt and Wedgewood stoves,” she says. The designer bought a cobalt blue one in clean condition for this project off of someone in Los Angeles for $350. His wife was simultaneously at Best Buy purchasing something shiny and new, but little did they know these old-school stoves work great and it’s still easy to find spare parts for them. Braunschweig had the piece restored locally by Reliance Appliance in Berkeley, California, before driving it back to Louisiana.

Braunschweig also has a soft spot for newer Smeg refrigerators, even the ones that are bright orange. She found the retro-looking piece, pictured above, through an appliance distributor’s eBay page for $1,400—a great save compared to the typical $2,000 price tag.

The designer thought outside the box when coming up with one of the unit’s kitchen countertops. Instead of going the traditional cabinets-topped-with-stone route, she bought an 11-foot-long table in Round Top, Texas, to use as the base (she believes it originally came from a general store in the Midwest) and then scooped up a drop-in sink on eBay.

Shop Your House for Accent Wood

One thing you’ll never catch Braunschweig tossing is wood. Even though the home’s original lath and plaster walls had to be taken apart and redone (they were cracked from water and termite damage), the designer saved all the lath, took the nails out by hand, smoothed the boards out with an orbital sander, and then clad the kitchen vent hoods in the planks.

Ditch the IKEA Cabinets for 70-Year-Old Ones

Through Facebook Marketplace, Braunschweig came across a seller in San Clemente, California, who had lovingly restored an entire set of green and white Sears Roebuck & Co. cabinets from a 1940s home and was letting them go for a mere $3,000. Don’t be fooled by their utilitarian look; according to Braunschweig, the metal doors and drawers swing and glide without a squeak. “They’re built to last,” she says.

Skip the Porcelain for Something Punchier

In the process of mapping out their driving route from New Orleans to Southern California (where Braunschweig’s parents live) in 2021, Braunschweig and Ramachandran identified a listing in Wichita, Texas, for two sets of antique tubs and sinks (one pink, one blue) plus a toilet. In an effort to get to them before Winter Storm Uri hit, Ramachandran drove alone to scoop up the 1947 pieces, which were sitting in a dumpster when he got there. Later on, in San Francisco, they snagged a pink toilet from the ’60s for $5 to go with the vintage assortment.

Because the original chrome sink stands had been thrown away years prior, the designer had new base cabinets fabricated out of old pieces of pecan wood. The couple took the old toilets straight to the Sink Factory in Berkeley to have the tanks replaced with up-to-date 1.28-gallon versions. “I don’t know if they were trying to be ergonomic or what, but when you sit on them, they do have this nice backward slope,” says Braunschweig with a laugh. A lesser-known perk to buying vintage. (Psst: You can experience the space yourself by renting it through the couple’s company, Catahoula Collective.)

Where Braunschweig Shops for Salvaged Materials