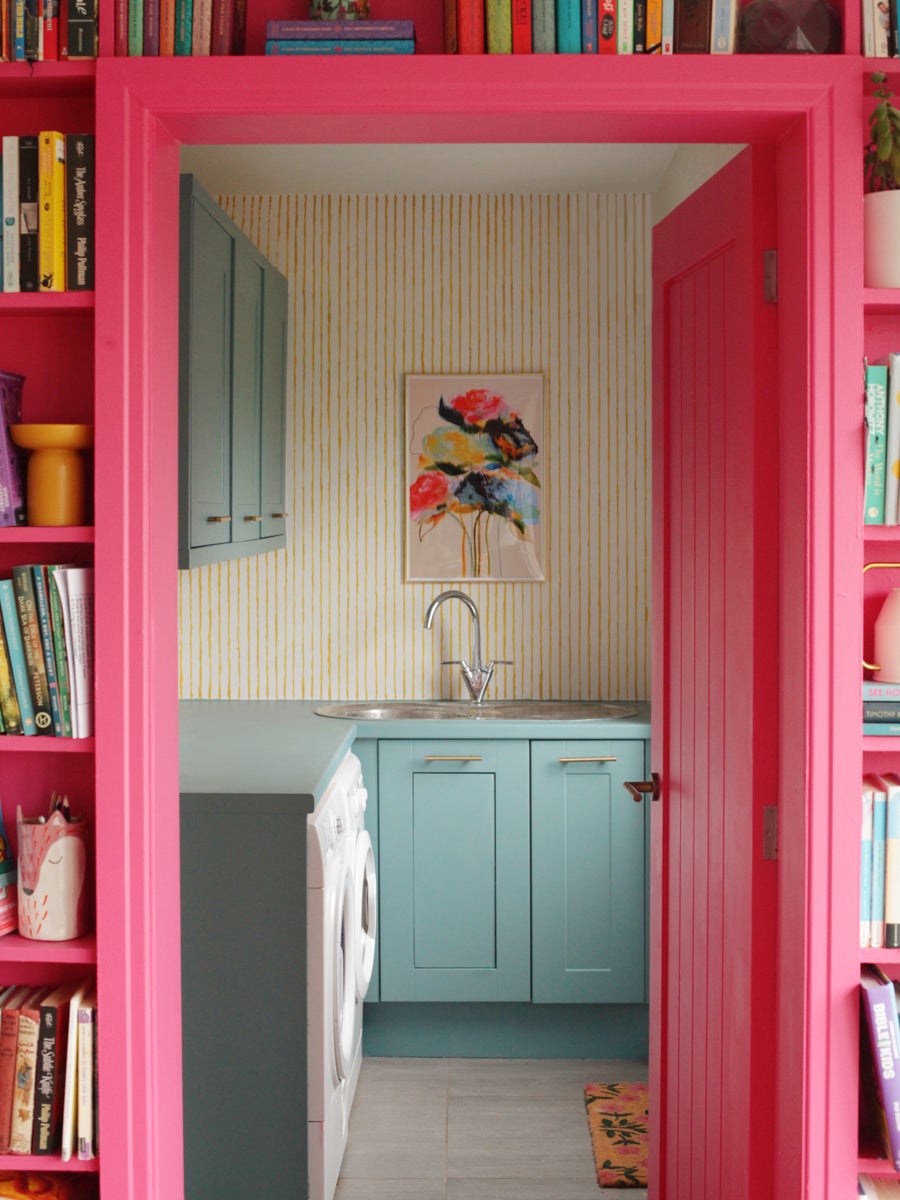 Cats are some of our dearest companions, and so much of our lives as their owners are planned around their schedules and preferences. Who hasn’t moved furniture to accommodate a pet’s food and water bowls? Even so, you may not have thought to consider their spatial needs when first decorating your home. Although you can catify anytime, the litter box often ends up haphazardly shoved in the most inconspicuous corner. To be fair, our cats’ bathrooms are not usually pretty, yet they need to be accessible so the litter can be changed frequently. Sleek litter box furniture is a definite improvement, but if you’re up for a project, it’s possible to make the cat commode even more discreet. These three designers included their litter box location in their home renovation plans from the start.

Jen Brake, a design consultant and the creator of Half Painted House, was fed up with her cat Aslan’s litter box being on the floor. She and her husband had tried placing it in various rooms, including by the back door, which only led to them tracking in litter every time they entered the house. To make matters worse, when they adopted their dog, Polly, she would bother the cat whenever he tried to do his business.

This ingenious mudroom cabinet DIY was her all-in-one solution. What looks like just another Shaker-style pane is actually a cat door to the litter box, now stored inside. The cutout is mounted on hinges, which allows it to swing open (its weight automatically brings it back to its vertical position).

Amy Thiessen, founder of the blog Hello Victoria, lives with her husband and their cat in a small Victorian, and every inch of floor space is precious. Plus, a standard litter box would stand out like a sore thumb against her home’s 19th-century features. She created a similar secret cat door, but this one leads to the closet under her stairway. The door wasn’t paneled originally, but by carefully referencing the others in the house, Thiessen was able to mimic the pattern with ogee molding. The shadow effect created by the trim cleverly conceals the section that swings open.

Karen Knox, the designer behind Making Spaces, had long been searching for a litter box spot on the first floor of her home in order to prevent her cat from waking her up at night. Her living room was a solid candidate, but most of the available floor space had been taken up by a play kitchen and a seating area on either side of her fireplace.

Starting fresh, she remodeled with built-in cabinetry designed to match the preexisting open shelving. With the extra space, the far-left cupboard was designated the cat bathroom, while the rest became storage for arts and crafts. A simple square cutout spans two of the doors, offering easy access for both pet and parent. There’s even enough space for extra litter and trash bags.