How to get the look at home. 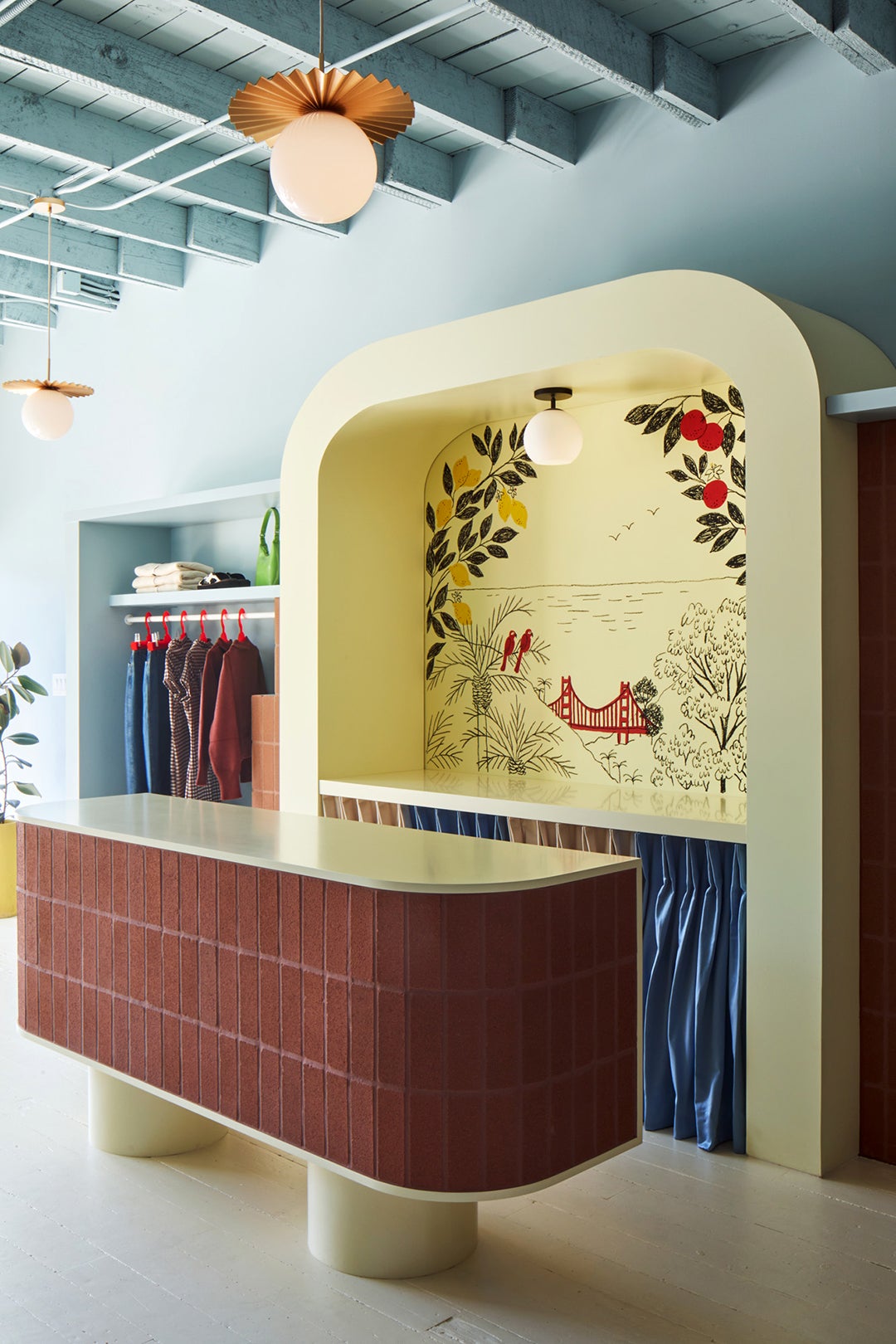 It’s official: Spatial designer Adi Goodrich makes the stores we want to live in. From the surreal surroundings she dreamed up at, well, Dreams in Los Angeles to the nearby Wine and Eggs, her work is fantastical and unapologetically Instagram-worthy—and, most important, it always serves up inspiration that we want to take into our own homes.

Her latest, the new Lisa Says Gah store in Echo Park, is no exception. There’s a corduroy banquette we could imagine surrounding a kitchen table. Blue and cream floor-to-ceiling drapery that would look rad in a bedroom. Pendant lamps that could also hang over a kitchen island. And those red hangers? Our closet needs them immediately.

But our favorite idea to steal for our own home mood board is the store’s brickwork. Or faux brickwork, that is. Instead of lining the register island with solid masonry, Goodrich used a terracotta brick veneer that’s much thinner than the real deal (the one she used is about a half inch thick) and therefore less heavy. Though it still involves professional installation, veneer works well for interior facades, and in this case, it brought the urban spirit of Echo Park to the store.

Goodrich also thought the material, paired with vivid colors, would make the space feel inviting, especially in a post-pandemic world where in-person shopping had been put on hold for so long. “I kept thinking about this idea of breathing new life into retail after the pandemic,” she says. “So that was the inspiration, which led me to Gio Ponti’s mid-century Italian style. Joy, life, color, and pattern.”

And what home wouldn’t want that vibe? Here’s three ways Goodrich worked the veneer into the store.

“Brick veneer works as a foundational element,” Goodrich says, noting that she rarely used it above waist height in the store. Even if the material is not structurally holding anything up, wrapping it around the bottom of the banquette or in the circular display in the center of the store gives the illusion of a solid foundation.

Most brick you see in life appears horizontally, but in the Lisa Says Gah space, Goodrich turned it on its side to draw the eye upward and give the material a new spin. At the cash wrap, for example, the same technique could be used for a kitchen island, adding the illusion of stability and drawing the eye upward all at once.

To highlight certain garments on display, Goodrich created a frame of brick veneer, an idea that could work just as well around a doorframe or, well, your own closet to carve out areas that deserve emphasis.