Don’t choose between a yoga studio and a bedroom. 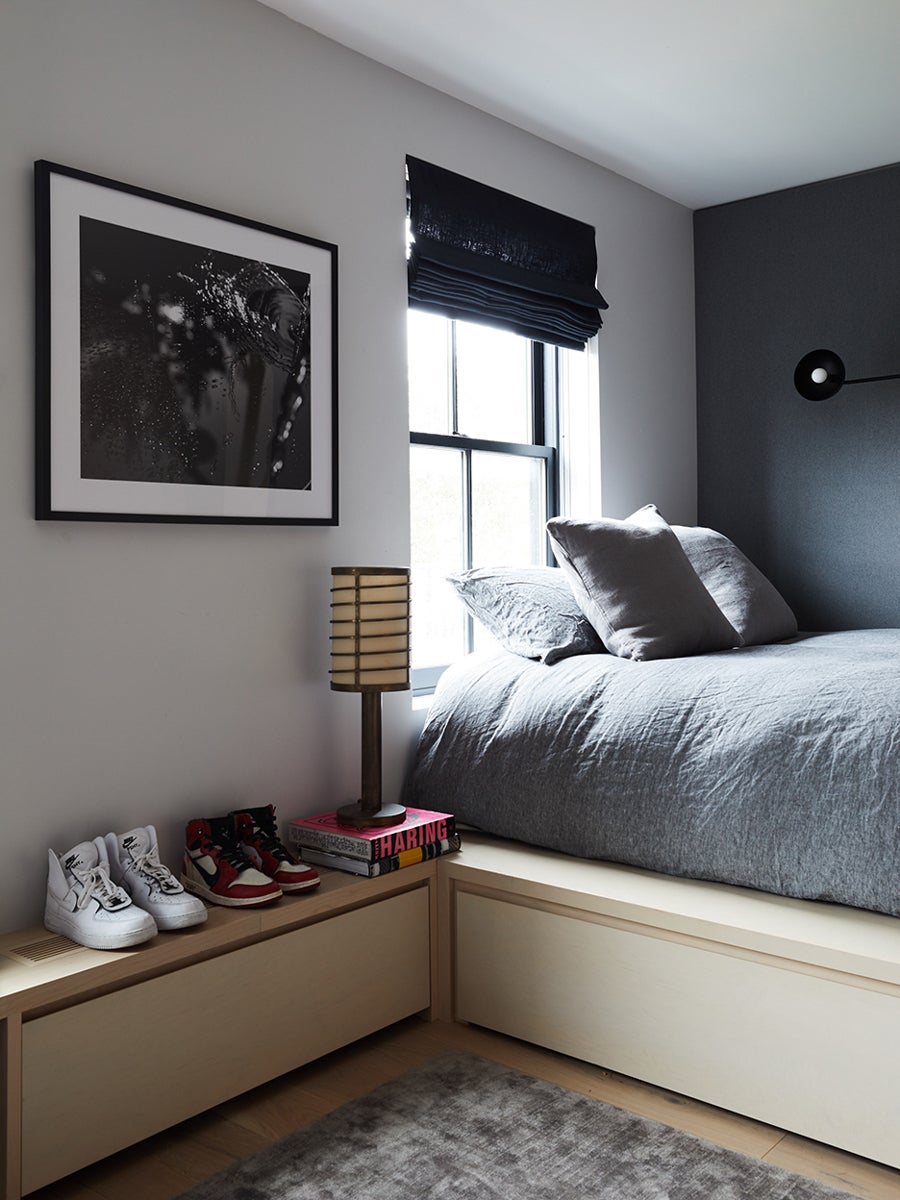 While high school graduates may be the most excited about college move-in, their parents are also looking forward to drop-off day, and not just for the peace and quiet. According to a recent survey by Neighbor that polled 1,000 empty nesters (and those with at least one child out of the house), 71 percent of them made some changes to their kids’ bedrooms, and 24 percent started that reno immediately after orientation weekend.

But gone are the days of boxing up their bedding and trophies and turning their space into an office/yoga studio/craft room. Parents still want to offer a calming place to come home to but also make that unused square footage fully functional for themselves. Here are three ways to strike that balance come the first day of fall semester.

You don’t have to abandon all sense of fun when trying to convert a kids’ space into a workspace—something that’s been a high priority ever since Zoom-from-home took over. Lucinda Mitra proved the combo can work by utilizing two IKEA Ivar units, one that’s stocked with lower cabinet storage for her kiddo’s things and another that features a fold-out desk. When the latter is closed, it can leave plenty of room for a visiting college student.

De-teenage-ify their bedroom by optimizing it for guests. Designer Jess Diab maxed out the sleeping space in this bedroom by putting a twin bed in the corner and framing it in an upholstered L-shaped border. The result: an approach that will encourage your kid to actually bring friends home from school—they won’t have to sleep on the couch.

Take a note from designer Kate Guinness and transform your typically storage-filled attic into a soothing bedroom, effectively freeing up your kid’s former bedroom downstairs for your inner hobbyist. Her trick: Make use of every awkward nook and cranny with built-in bookshelves and showcase slanted walls with patterned wallpaper. We’d happily spend our summer breaks here.