An NYC Rental That Looks Straight Out of LA

Tour a whitewashed apartment with just the right amount of color. 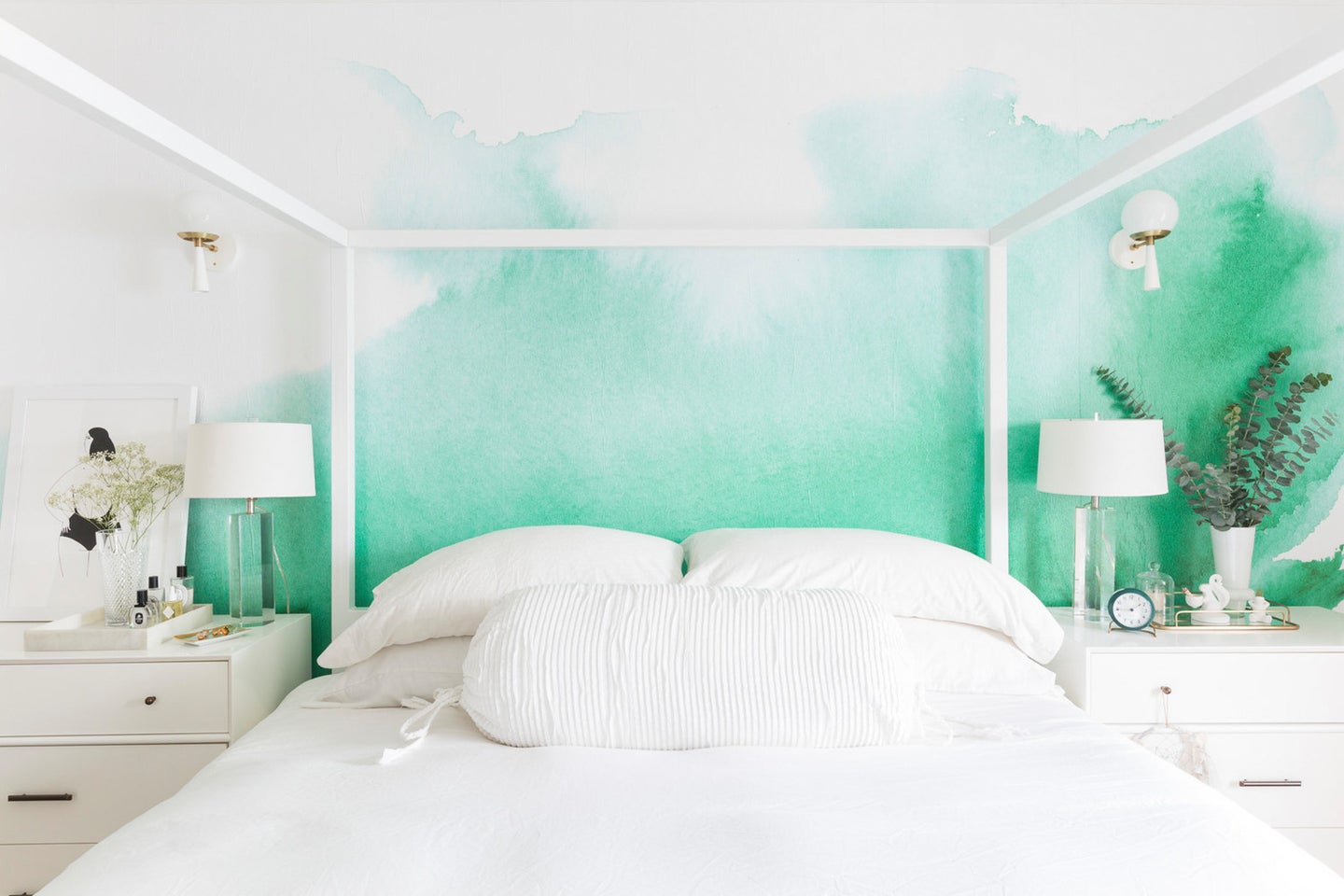 “The goal was to make it feel like you were floating on a cloud in the desert,” says designer Megan Hopp of this light and airy Williamsburg apartment.

The space, cloaked in white with a few pops of color, definitely feels cloud-like; not least due to the steady stream of natural light pouring in through the windows. At 1,000 square feet with two bedrooms and two bathrooms, the rental apartment is spacious by New York City standards and judiciously decorated to include only a curated array of items, which makes the home feel even bigger.

Over the course of four months, Hopp repainted every wall and selected furniture and decor in line with the “whimsical minimalist” aesthetic her clients were aiming for. Which is a pretty perfect way to describe the apartment: With items like a zebra statuette and a Sputnik chandelier, the space is far from serious, but it’s not cluttered or eclectic.

Of course, the clients themselves were a big source of inspiration. Julia, an NYC-based stylist, and her husband Nathan were looking for timeless pieces that they’d be able to bring to their next space.

“In general, I feel like I can blindly decorate a person’s home based off of what they’re wearing,” says Hopp. “For her, she has a very refined perspective in that regard. Their prior apartment had too many ingredients—they wanted help paring it down. It was definitely a curation.”

Given that the only item of furniture they were bringing with them was the gray sofa, curating a decor collection from nothing could easily have proved challenging. Luckily, Hopp says that her clients had a clear vision of the palette they wanted. A crisp white base dressed up with blush details and plenty of greenery, for starters, and mixed metal hardware to lend a modern vibe. Without geographical context, you might assume the breezy, contemporary apartment was situated in sunny Los Angeles instead of Brooklyn.

As for the typical restraints associated with a rental, they proved to be pretty much non-existent. Hopp re-painted the entire space a slightly warmer shade of white (“It was a very clinical white that did not feel comfortable or airy,” she says of the old color) and even added a statement-making wallpaper in the master bedroom. And while some people might be put off by making these seemingly bigger changes to a rental, Hopp believes the perception that you have to take a rental as it is largely false.

“Generally speaking, nine times out of 10 this is not going to be an issue,” she says of making bigger changes to a rental. “Even in very strict buildings, so long as the wallpaper you’re using is removable, and you’re not changing the hardwiring in the space, it’s not an issue.”

Aside from giving your rental a fresh coat of paint—or removable wallpaper—Hopp says another big change people can make to make a temporary home less temporary is to swap out the light fixtures.

“People tend to think it’s a lot more complicated or invasive than it actually is, but switching up your lighting is a huge deal in rentals,” says Hopp, who took out sconces in the living room altogether and hung up a statement-making chandelier in their place. “You need to be smart about how you do it—having [an electrical] cord tacked up to the ceiling is not always the best move—but it ended up being a really great addition.”

Which isn’t to say that decorating a rental doesn’t have its challenges; as Hopp found, budget was definitely a factor because custom pieces for temporary homes are generally off the table. It just means that you need to get creative with some of the choices. For example, the floating wall shelves in the living room are actually just two different sized planks, but when the TV is mounted and the furniture is arranged around the area, it looks like they were custom cut to the perfect size.

On the flip side, the plus side to decorating a rental is that, because you might not be living there for a long time, it’s a great chance to get creative.

“It’s a really fun opportunity to be a bit more trendy or impulsive in your decision-making!” says Hopp. “When you’re decorating a home you’ve purchased, you might want to be making decisions that can last you decades—whereas if you’re wallpapering your rental, you can go with what strikes you in the moment versus what you will like in five years.”

For this particular apartment, that impulse manifested itself in the acrylic and lucite pieces. And while Hopp acquiesces that these materials may not necessarily stand the test of time, they feel right in this space and are a fun addition. Which at the end of the day, is what decorating should be all about, right?