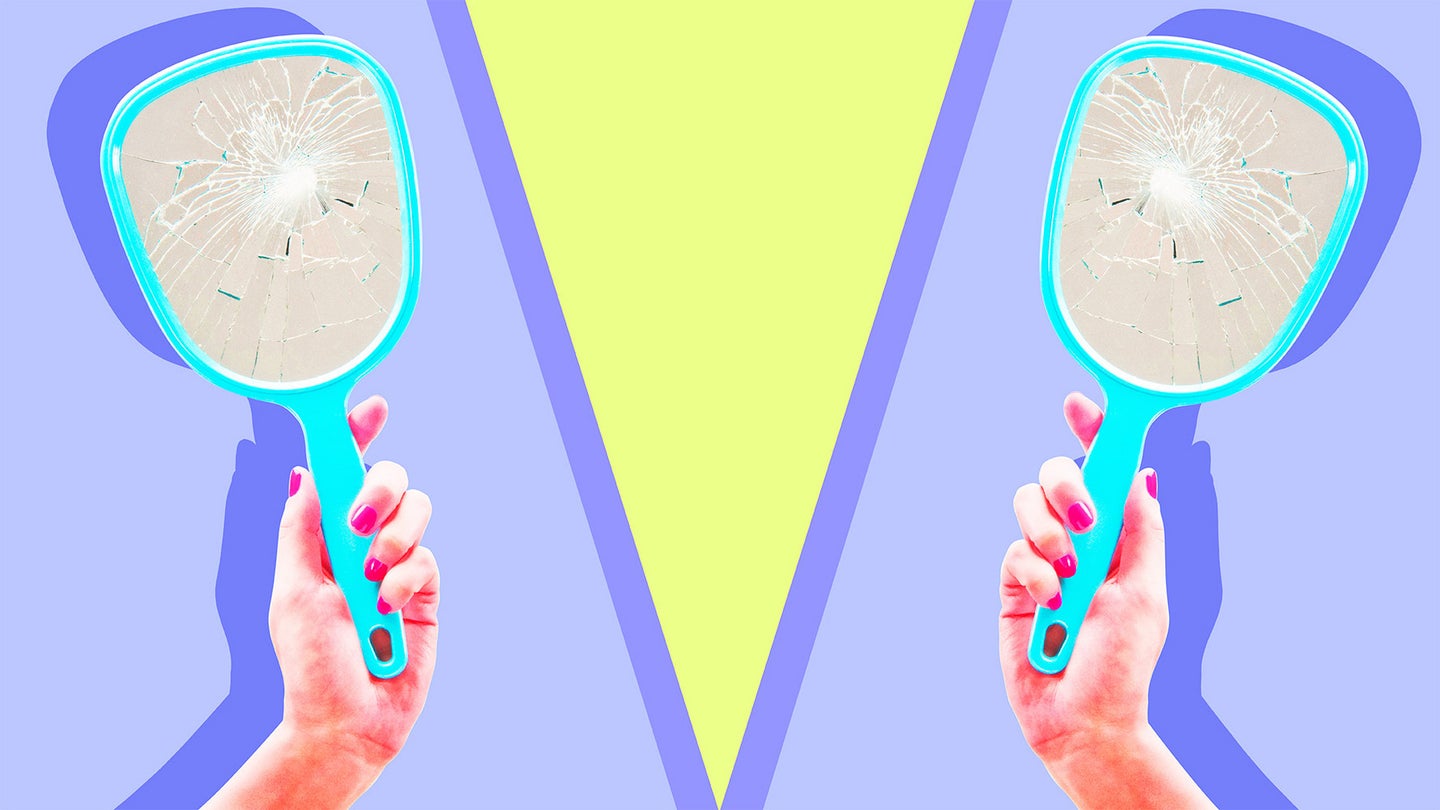 Insecurities: We’ve all got ’em. Perhaps when looking in the mirror, we wish our teeth were whiter or our skin were smoother. However, when we step away from the glass, these thoughts typically fade into the background and we continue our day. But what if these minor insecurities didn’t fade, but were rather amplified, compromising our ability to function? For more than 5 million Americans, this is a daily reality, and it’s called body dysmorphic disorder.

According to the Anxiety and Depression Association of America, BDD is a body-image disorder that involves repetitive behaviors and debilitating fixations on a perceived—or imagined—flaw in one’s appearance, including their face, skin, hair, genitals, and body type. An individual struggling with the disorder may spend absurd amounts of time examining their body for defects, comparing themselves to others, or engaging in excessive exercise or primping.

These obsessions cause daily tasks, goals, and social interactions to be entirely interrupted, if not brought to a screeching halt. In some cases, the extraordinary distress of BDD has led to suicide. Dysmorphia shouldn’t be confused for dysphoria, which typically refers specifically to gender dysphoria and is when a person’s assigned gender at birth does not match the gender to which they identify.

Typically developed during adolescence, BDD is often misdiagnosed as OCD, social anxiety, clinical depression, or an eating disorder, although it actually emerges as an accumulation of several of these issues, Dr. Eda Gorbis, director and founder of the Westwood Institute for Anxiety Disorders, tells SheKnows.

BDD can stem from a number of biological and environmental factors, including genetic predisposition to compulsive disorders, cognitive malfunction, peer groups, or childhood trauma. While the media appears to be a probable culprit behind BDD, Gorbis informs us otherwise.

“While there is an overfocus in the media towards the way we look, this disorder occurs around the world, regardless of access to media or socioeconomic status,” she says. “Only those who are predisposed to the illness will encounter the illness.” And perhaps surprisingly, it affects women and men equally.

Megan Bain-Kretschmer, a 27-year-old mother of three, opened up about her ongoing journey with the disorder—a journey that is anything but linear. From a young age, Bain-Kretschmer found herself struggling with body image, spending hours in front of the mirror cataloging each of her flaws and screaming hateful words at herself. She would often engage in cycles of restricting food, monitoring her weight, and binge-eating. Even after years of therapy, these internal conflicts followed her into adulthood.

“Some mornings, I can’t even lift my eyes to look into the mirror because all of the imperfections on my face immediately jump out and start yelling at me, telling me how pathetic I am,” Bain-Kretschmer tells SheKnows. “On those days, I generally avoid going out in public or wearing clothes that might feel snug or revealing. I can’t even look at myself, let alone expect anyone else to want to see me.”

On other days, she’ll starve herself before overexercising, with the goal of getting in the perfect shape and achieving a sense of “worthiness.” Bain-Kretschmer explains that the self-hatred that comes with the bad days of BDD places a physical and emotional barrier between her and her husband and distances her from her friends. And even on a good day, BDD lingers.

While the media isn’t the cause, could it be the solution? Thanks to powerful body-positive models like Ashley Graham and Ruby Vizcarra and the ongoing efforts toward destigmatizing plastic surgery, individuals are encouraged to love the skin they’re in while retaining the freedom to change their appearance as they please (can I get a hearty round of, “My body, my choice,” anyone?). Doesn’t that solve the issue?

Not quite. Remember, the self-imagery feedback between the eye and the brain of these individuals is incredibly distorted, and while a surgery might “fix” a perceived flaw to one’s satisfaction, the obsession can simply shift its focus to another feature. In fact, Gorbis advises BDD patients to avoid plastic surgery and instead address and treat the issue as a psychiatric disorder.

BDD can be professionally treated with prescription medications in addition to forms of cognitive behavioral therapy employed to change one’s perception of self-image. While working to establish formal structure in their daily lives, Gorbis also uses some unconventional treatments with her BDD patients, including—ironically—exposure to distorting funhouse mirrors.

“The whole idea of psychiatry is to externalize distorted feelings,” Gorbis explains. “These mirrors help them to understand how they see themselves daily and externalize what is internally improper.”

In addition to explorative therapy, Bain-Kretschmer keeps up with personal journaling, spends time with her kids and practices powerlifting to combat BDD. She says these mindful lifestyle changes have increased her capacity to love herself and have made the bad days less common. While there is currently no cure for the disorder, she wants to help other individuals make the same progress.

“I want to make sure anyone struggling with BDD knows that they’re not alone, that seeking help is the strongest and most brave thing they will ever do,” Bain-Kretschmer says. “There is a light at the end of the tunnel where myself and the rest of BDD sufferers will be waiting to love them and cheer them on through this lifelong battle.”

​This story was originally published by Ashley Britton on SheKnows.

How to Prep for Pregnancy, Even When You’re Single AF A Modern Matchmaker Solves All Our Dating Dilemmas Are People in Open Relationships Happier?