A Modern Matchmaker Solves All Our Dating Dilemmas

Dating in the age of apps, ghosting, and social media. stalking. 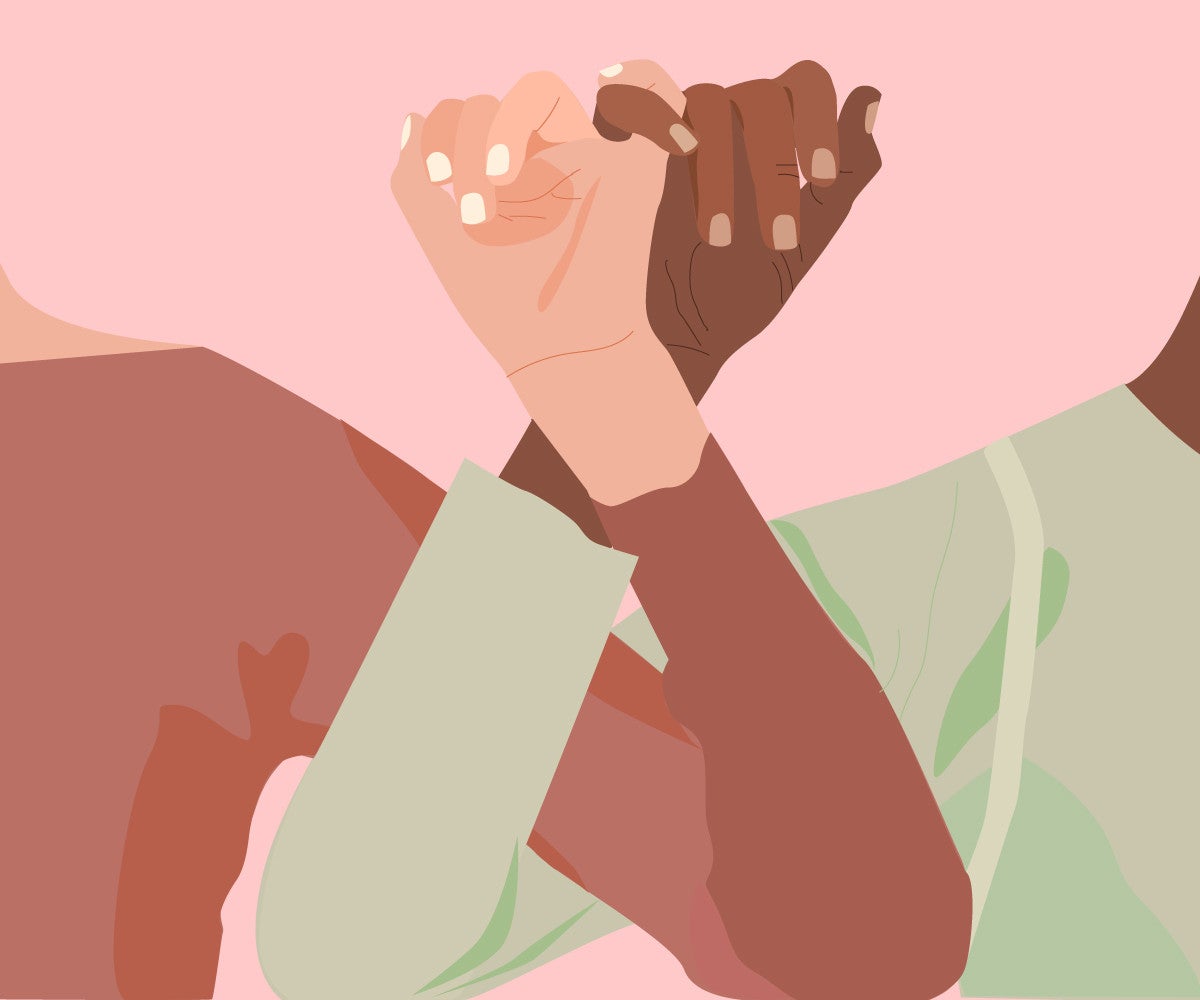 Tinder, Hinge, and Bumble—oh my! Dating in 2019 can feel like a battlefield, especially thanks to the endless source of possibilities from modern-day technology. That’s where a matchmaker can come in handy though. Amy Van Doran is the founder of Modern Love Club, and has interviewed over 7,000 singles, and more than 200 people apply to her club every single day. So you could say Van Doran knows a thing or two about dating.

We picked her brain on all things modern-day dating, apps, and dilemmas, and, boy did she deliver.

It’s easy to feel more like a commodity than a person with all the swiping on a dating app. “The best thing you can do is self-awareness,” says Van Doran. “Know who you are, what your brand is and realize you’re not for everyone.” She suggests zeroing in the ways you’re different than others, and marketing yourself as that, kind of like your own personal brand. “I would rather get every single guy that I’m the target demographic for, instead of all people,” says Van Doran.

For example, she describes herself as “Kind of quirky, I like cartoons, I like science fiction films, I like 1960s movies, and I look like a person who likes that, so to the guy that is interested in that creative world, they see me and they are like, ‘Oh, yeah, that’s my match.’”

Figure out the ways in which you are special and capitalize on that.

Personalize Your “About Me” Section

So much pressure can be put on that single part of your dating profile: the dreaded “About Me” section. Don’t just enlist a friend to help come up with a clever assortment of words or emojis, take it as an opportunity to really express your voice.

“The person is going to end up meeting you, so it needs to sound like you, and it needs to sound like your voice,” says Van Doran. “And if you don’t know what your voice is, it’s going to be very difficult to attract the person you’re looking to attract, because if you don’t know yourself, then how is someone else going to know you?” She recommends to not worry about sounding too wild or pretentious, etc., if that’s who you are.

“Because what you are trying to do is to attract someone who is going to be into you,” she says. It’s better to have fewer people messaging you and those individuals are actually interested in you. “We’re not trying to trick someone into loving us.”

Pick Up The Telephone

You know when you’re talking with someone on an app for what feels like forever? Or emailing, or texting, but not extending it to IRL. Van Doran suggests hopping on the phone (how retro!).

“First of all, it’s a total power move,” says Van Doran. “It brings a different experience: Everyone is doing the same shit online, but the one time you can break up that pattern and say, ‘Hey, this is wacky but instead of doing this back and forth, let’s get on a phone call.’”

It’s okay to be bold, life is too short to sit around and wait for someone to present an activity, says Van Doran. “The way to be the person someone likes is to be interested and engaging in the world,” she says. Try saying something like, ‘Hey, I know we just met, but like there is this museum exhibit that I’m super excited about tomorrow. Let’s hop on a phone call and see if we have enough in common to go to the museum. I’d love to test this thing out.’

“You’re not just being vulnerable with yourself, but also you’re being a person that’s interested and curious about the world, and that’s really sexy,” she says. This also helps you stand out in the shuffle of matches, too.

We all have communication pet peeves, whether it be a lack of punctuation or too many emojis, but Van Doran cautions to not make assumptions when beginning to chat with others.

“Some people that are really great in person, but for others, maybe they are doctors or they’re busy, they don’t have time to type or writing isn’t their best form of communication,” says Van Doran. “Before these expectations get wacky, I would try Facetime or something where you are actually talking to that person in their body.”

It’s a good reminder that before you even meet someone, you’re giving yourself a reason to be annoyed by them for small things like a misspelling. “If they were your friend, and you just happen to notice that they spelled restaurant wrong, you wouldn’t hate them,” reminds Van Doran.

How to Say ‘Thanks, But No Thanks’

Picture this: You went on a first date and didn’t click, but your date is asking for another date. It can be a frightening thing to face the music and actually tell them, ‘Thanks, but no thanks.’ The person receiving the news can take it personally and really react poorly. But instead of ghosting, talk to them—strategically.

Van Doran says to talk with them and just be honest. Try something like, ‘Hey, listen, I had a really great time, thank you so much, it was such a pleasure getting to know you. Full disclosure: I know we’re both on these apps because we’re looking for a person we connect with on that next level, but I think maybe we’re not as compatible, and I don’t feel the romantic connection.’

“Try to flip the script and act like you’re doing them a favor,” she says. The ole’ ‘I don’t want to waste your time engaging with me because I want you to go find the person you’re supposed to be with’ type of chat.

Whether you’re a seasoned pro or a newcomer, there are a few great tips to remember on that first date.

Don’t talk too much

Van Doran reminds to listen and not just wait to talk. “On that first date, you have one chance to show that you are a compelling person with a lot to offer, to be engaged,” she says. “But you also have to show you are a listener.” Remind yourself to speak as much as you’d like, of course, but also ask a lot of questions and remain actively engaged.  “Don’t forget to bring that energy and zest that keeps a person interested, it should be a good tennis match: They ask, you ask, they ask, you ask,” says Van Doran.

Adversely, just because someone talks a lot on a date, doesn’t necessarily mean they are self-absorbed, she says. “Sometimes when someone is anxious or nervous, they ramble.”

Don’t make it too hard on yourself though. Van Doran says the only thing you need to think about after the first date is if you like this person enough to go on a second date. Why? She says people aren’t really themselves until the third date, so allow them a few dates to open up if you’re undecided.

You are welcome to briefly talk about your past relationships, but Van Doran cautions against unloading all the dirty details in the first dates. “You can state things as facts, calmly, but I wouldn’t talk about the messy details of my breakup,” she says. Share calmly, without drama or oversharing.

“So many people are coming in burnt out, especially millennials,” says Van Doran. “They come in and they’ve been on 300 first dates—their posture is like they’ve been through war, basically.” She recommends to try and unlearn negative experiences that have happened previously. “Go into each date as if it’s the first time,” she says.

Pucker Up: Your Guide to Soft Lips and Fresh Breath Millennials: Do This For a More Successful Dating Life The Valentine’s Day Gift Guide for New Relationships

This story was originally published in February 2018, and has since been updated.