What Comes After Wall Murals? 4 Designers Weigh In

It’s all about how the surface feels. 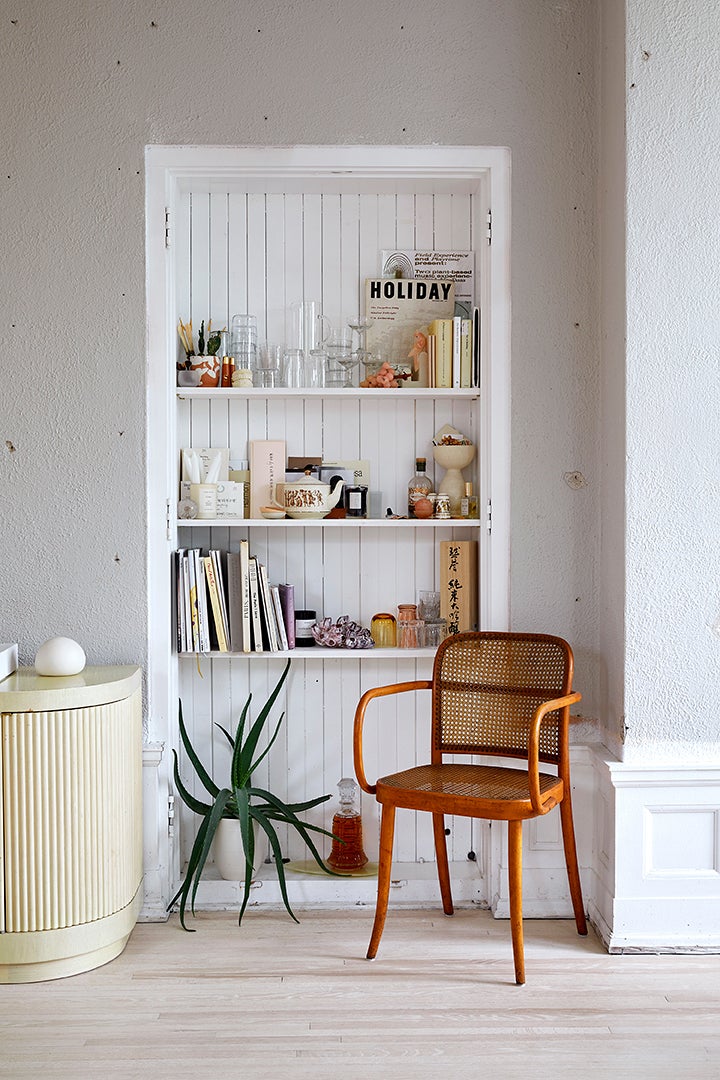 No matter where you go on social media, between three and seven swipes of a thumb will get you to a brightly colored wall mural in someone’s apartment. Sometimes the post features a steaming coffee mug; sometimes shelves are in the middle of a colored circle; and sometimes it’s a big, squiggly graphic. Unlike subway tile or hardwood floors, these things often have an expiration date. To help break the cycle—and get out ahead of the next wall treatment on the horizon—we spoke to five pros about their predictions for what’s to come.

Three dimensions are better than two. Dallas-based designer Doniphan Moore says he has started seeing fluted features in more homes, alongside other sculptural moments: “Molding, wood veneers, straw marquetry, and shagreen panels—each has a very Deco vibe. I’m putting some in my studio!”

Instead of brightening a surface by adding color, rethink how it feels—literally. Timeless lime plastering, tiles, and stone slabs are catching designer Alison Rose’s eye lately. “When a room envelops you, the plan is fully realized,” she explains. “Lining the walls of a bedroom in travertine and then plastering the ceiling shows the materiality in a new light with no boundaries.”

Art Is What You Make It

Anything can be made into art with a DIY spirit, not just paint. Pittsburgh-based designer Betsy Wentz recommends stretching scarves or prints over 2-by-4 beams to create big works that can cover the bulk of an otherwise dull wall. “Frame and hang everything,” she says. “I found a graffiti piece recently at a showroom and stretched it out. It’s quirky, distinctive, and a great conversation starter.”

“We’re on the verge of grown-up curtains again,” says designer Mally Skok. Instead of focusing on a blank spot, pull emphasis to the doorways and windows with a bit of 1800s-style grandeur. “From detailed pelmets to swags not being as reviled as they were in recent decades, people are reimagining their interiors,” she adds. As an example, Skok points to President Biden’s Oval Office refresh—particularly the Clinton-era rich gold drapes.

Why let one wall be the visual queue when you can spread the love to the other three? For her latest client’s project, Chicago designer Andrea Goldman tapped artist Anna Wolfson to create a burlap covering, accented by several lines of fringe running around the perimeter. “The texture you get from the fabric is a truly sophisticated statement,” says Goldman. “And because it’s a subtler touch, we were able to use it wherever. It’s immersive rather than just one focal wall.”