This Blanket Claims to Reduce Anxiety and Improve Sleep 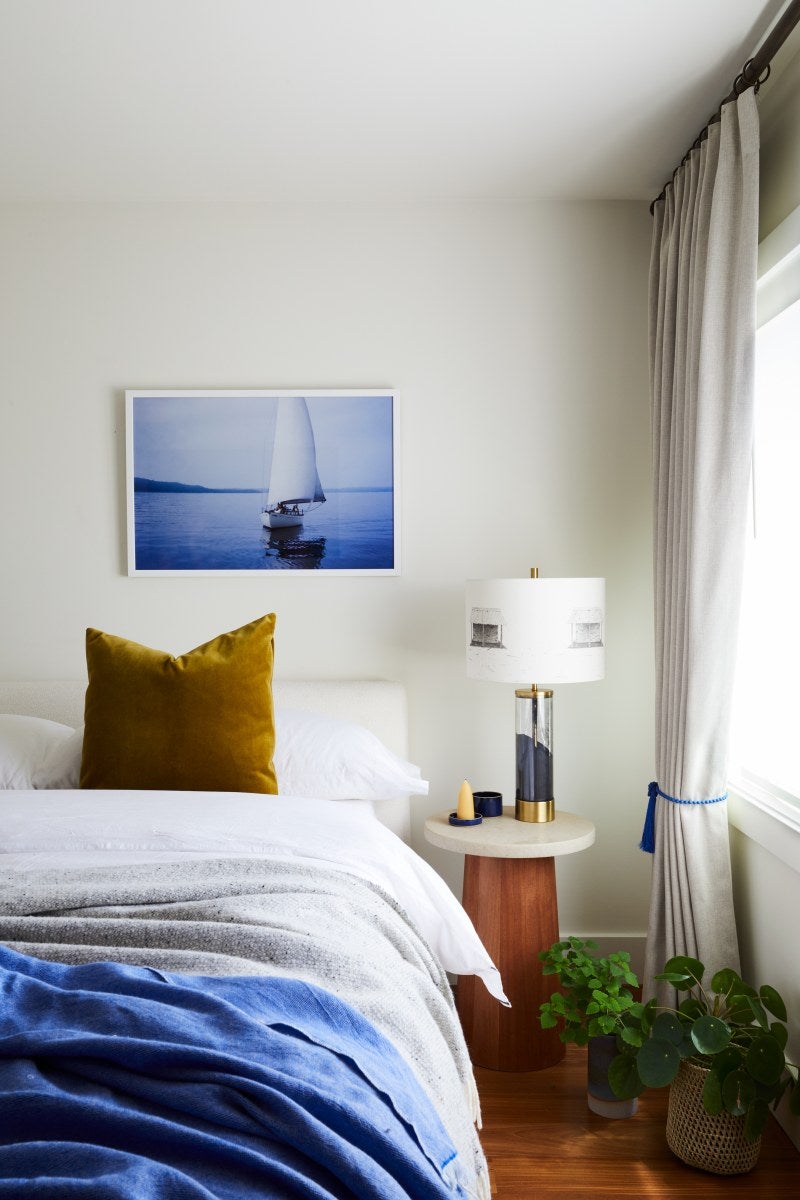 Anxiety and sleep issues are more the norm these days than a restful night’s sleep. So much so that it’s been reported that 70 percent of Americans struggle to fall asleep at least once a week and 40 million suffer from sustained stress and anxiety at night. Sleep seems to be more elusive than ever. Insomnia is not only a common occurrence, but it can have a huge impact on your daily and long-term psychological and physical well-being.

Instead of accepting it as fact or relying on a prescribed medication, the wellness industry has adapted and created a mecca of alternative options, from CBD to calm late-night anxiety to the latest trend: weighted blankets. Also known as gravity blankets, this new product category has seen a whopping 259 percent increase in searches, says Pinterest. The rise in anxiety is very real, and retailers are vying to give you a solution.

How is it possible that a simple, unassuming blanket could solve all your stress woes? Studies have found sleeping under a weighted item improves sleep cycles, lowers stress and anxiety, and helps you feel happier. “Weighted bedding helps ground the body during sleep by simulating deep touch pressure (DTP), a type of therapy that uses firm pressure to reduce stress and anxiety,” says Kathrin Hamm, founder of Bearaby, a new weighted bedding collection. “The deep pressure of weighted bedding makes you feel like you’re being hugged or swaddled, which is a powerful stimulus for the body.”

Science certainly backs up these bold claims too. In a 2015 study, researchers found insomnia participants slept better using a weighted blanket and woke up feeling more refreshed in the morning. In another study, scientists reported users had 63 percent less anxiety after using a weighted blanket, and 78 percent of participants preferred the weighted blanket as a calming mechanism over other pharmaceutical options. In an additional medical study, participants showed a reduction in nighttime cortisol (the stress hormone) when sleeping under weight, and overall, they felt more refreshed when waking up in the morning, reporting a more positive mood and higher energy levels. That same study also showed that weighted sleep helps the body to follow the natural 24-hour circadian rhythm, making it easier to naturally fall asleep at night.

The hype is almost too real to believe. Bearaby’s Hamm thought so, too, until her search for a natural anxiety and sleep was changed with weighted blankets. Previously, the science of weighted bedding was well-established and practiced within medical and psychological circles, and yet it wasn’t offered to the everyday consumer. Within the last years, word has caught on though. Options have slowly popped up from smaller retailers, like Etsy and Kickstarter, and now it’s as readily available on demand, thanks to stores like Amazon and Target—all with the ease of next-day delivery. The prices have dramatically dropped, too, from $300 to $30.

Most blankets range from 15 to 25 pounds in weight, usually achieving that with a layering of yarn or even weights. Thankfully with the rise of interest, there also is a rise in design aesthesis. Many options include a faux velvet or fleece look in muted tones of blue, gray, or white, but new retailers, like Bearaby, are offering a thick, knitted, wide-loop crochet design option, which blends in perfectly and indiscreetly when strung across a duvet. So unusually chic, in fact, that the brand’s first crowdfunding campaign exceeded its initial goal by 700 percent and raised funds from 37 countries in less than a month. The brand also just launched the first-ever weighted comforter, which ensures a comfortable sleeping temperature with patented air pockets and breathable textiles and a unique glass sand filler inside for a less restricted feeling—also, it won’t fall off in the middle of the night, even with frequent tossing and turning.

How do you use a weighted blanket? For newbies, start out with a smaller weight, like 15 pounds. In hectic or stressful times, it can be more beneficial to increase the weight to 20 or 25 pounds for an added boost of relaxation. Beyond just restful sleep, you can use it in place of your everyday blanket while lying on the couch.

Think of it as a blanket with a superpower.