Google Is Helping You Travel the World Without Leaving Your Home

The company is giving users virtual tours of homes around the world via Google Earth. 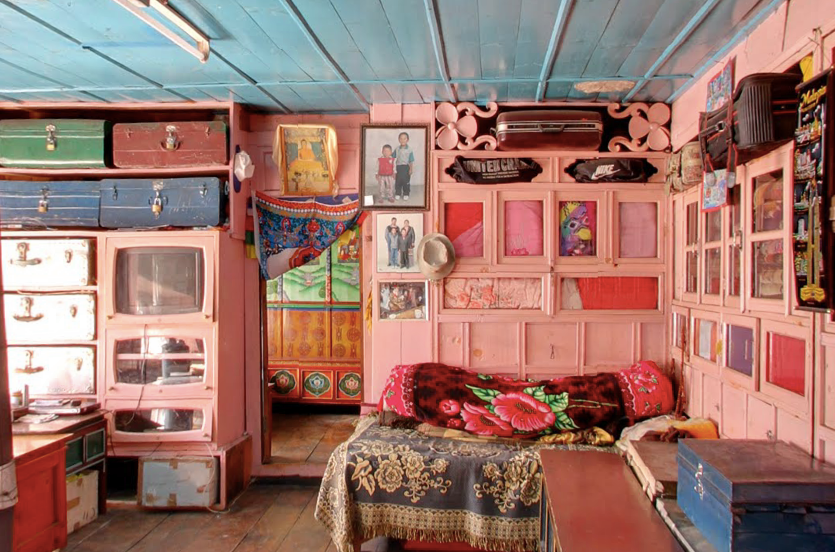 This just might be the most budget-friendly travel solution yet: A new technology created by Google allows users to tour various traditional homes around the world and learn about cultures in the process. No airplane ticket (or TSA-related stress) necessary.

Created using both Google Earth and Street View, the “This Is Home” interactive program—which initially launched back in April 2017—was just expanded to include 22 homes total. Spanning six continents and a slew of entirely different cultures, the program gives users a glimpse into how people define “home” around the world.

“When you opened Google Earth for the very first time, where did you go? For most people, there’s a common destination: home,” writes Raleigh Seamster, Google Earth Outreach’s program manager, in a blog post that describes the tool.

“We worked with partners and communities to digitally preserve homes of different cultures in Street View. Many of these homes belong to indigenous people, such as The Garasia people of India, the Chatino people of Mexico, the Torajan people of Indonesia, and the Maori people of New Zealand,” continues Seamster. “Their homes represent their unique cultural identity and ways of relating to the environment.”

Some of the residences are left empty, letting the unique decor and architecture of the region speak for itself. But others include the homes’ residents, which lends a personal feel to the program as users virtually meet the families that inhabit different parts of the globe.

Peek inside an ornately-decorated Mongolian yurt and learn the symbolism behind specific parts of the home, and discover the interior of a Bedouin tent, where sleeping space is dictated by gender. Each interior look provides a 360-degree view of the space, and includes a written blurb describing what we see.

In the lead image: A shaman from Tjuvecekadan, Taiwan stands outside her home.

Above: the colorful interior of a Sherpa home.

In addition to an inside look at each house, This Is Home also provides an outside view, thereby allowing viewers to learn not only about the signature house style in each geographic area, but also the surrounding region and its traditions. For example, the outside area of a Greenlandic farmhouse reveals a mountainous terrain, while the accompanying excerpt discusses the community’s focus on sheep—including details surrounding the Igaliku Party, a festival that marks the annual end of sheep gathering.

As Seamster points out, the program also depicts the changes each region is undergoing, as a result of economic or environmental pressure.

“The Inuit people of Sanikiluaq have been building igloos for schoolchildren to learn in for decades, but in recent winters, conditions haven’t been cold enough to create the right type of snow,” she writes. “It’s important to document these lifestyles now, because some may be disappearing.”

Want to learn more about some of the world’s cultures? Check out the This Is Home gallery and find out their stories—before they disappear.

Airbnb Teams Up With Vice For 4 Curated Travel Packages This Is Not A Drill: You Can Fly To Europe For $99 Travel Is About To Get More Expensive In 2018