The art company’s latest collaboration has a philanthropic side to it. 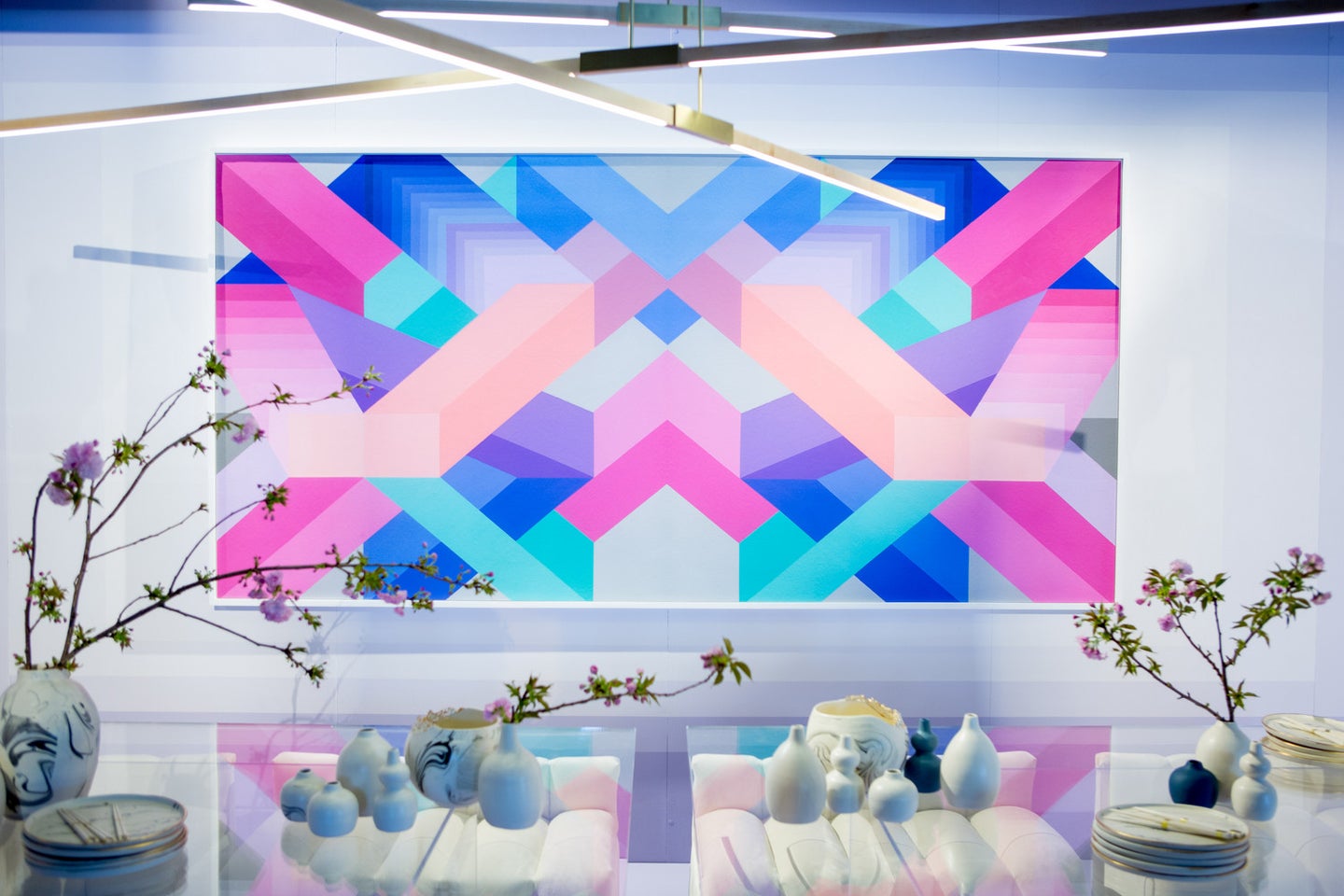 Austin-based company Twyla has made a name for itself through its unique approach to contemporary art, and its latest project is no exception.

Twyla, whose curators work with world-famous artists to produce limited edition exclusive prints, is making its debut at DIFFA’s Dining by Design in New York City and has partnered with Brooklyn artist

for a one of a kind experience. DIFFA is an annual event that mixes art with philanthropy, inviting local and international designers to transform a space for its fundraiser supporting the fight against HIV/AIDS.

This year, Twyla’s collaboration with Granger seeks to make the room itself a work of art. Granger, who trained as an architect and is well-known for translating 3D worlds into two-dimensions, has contributed two murals and large-scale artwork, called Mystify the Mind #3. You can clearly see the 3D influence in the installation, which balances minimalism from the modern geometric design with maximalism incorporated through the vibrantly layered hues. A portion of the proceeds from Mystify the Mind #3 (available for purchase on Twyla’s site) will benefit DIFFA.

Twyla is bringing a unique twist to the installation by having Granger paint a new piece during the fundraiser, a live performance of sorts that’s never been done before at DIFFA. Another first involves Twyla’s trade program, launched at DIFFA, which gives member interior designers, architects, and developers benefits including; a 20% discount on Twyla pieces, dedicated account managers, access to top curators, and complimentary rendering services.

Whether or not you could make it to the actual showroom, we can all take some serious design inspo from this bright, uber-modern space.