Inside Hôtel Ritz Paris and the Wallpaper Designs That Inspired Us

A glimpse inside the newly renovated Parisian mainstay. 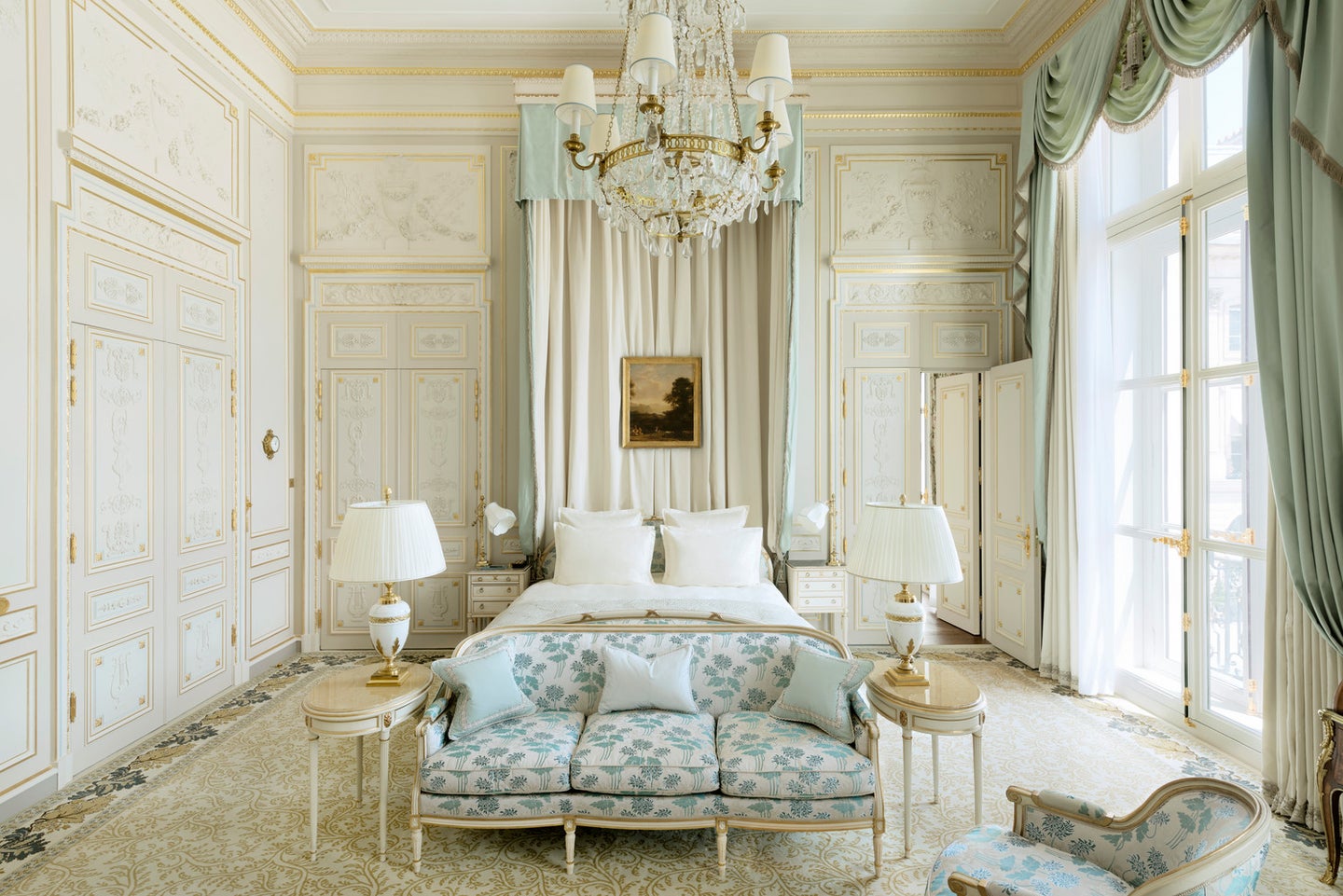 In the 1st arrondissement of Paris, on Number 15 of Place Vendôme, stands a modern palace masked within a classically architectural facade. Reminiscent of the post-Louis XIV era, the ever-so austere qualities of Hôtel Ritz Paris have remained an iconic element of the Parisian landscape. Encompassing a rather significant area of Place Vendôme, the esteemed establishment has remained a timeless landmark in fashion, film, and culture.

In August of 2012, Hôtel Ritz Paris closed its doors for a well-deserved renovation, the primary goal being to usher the hotel into the 21st century – the preservation of its historical qualities remained a priority. Following a four-year long renovation, the Ritz reopened its door, nearly 115 years to the date of its initial start. The majority of its architectural details and iconic decorative elements remained the same, save for a handful of modern updates.

The luxe hotel was established in 1898, centered near the cultural points of interest including the Louvre and The Opera. Throughout the years, it hosted a slew of notable figures in history, from the likes of F. Scott Fitzgerald, Ernest Hemingway, and Coco Chanel, the latter two having earned eponymous odes in respective forms of a bar and hotel suite. It endured the pitfalls of history, standing in as a neutral ground during World War II, serving as a meeting spot for both the Allies and Axis alike, a trading post for wartime secrets, and a hub for the wealthy and opulent. It overcame a steady decline, following the death of the founder’s son Charles Ritz, and eventually regaining its status at the top.

Today, the hotel falls under the acclaimed Leading Hotels of the World (LHW) group, in company of other notable establishments such as NYC’s The Greenwich Hotel and The Hôtel de Paris Monte-Carlo, to name a few.

The renewed palette of the hotel alternates between a mix of subtle pastels and a vibrant spectrum of primary shades set against a refined backdrop of an off-white scheme. Gilded details adorn even the most unexpected of spaces beginning with the stunning entry and spanning along the hardware of the marble-clad bathrooms.

A replica of Marie Antoinette’s chambers in Versailles.

Bring in the inspired decorative elements of Hotel Ritz Paris with these modern revamps of the hotel’s signature wallpapers.

Hôtel Ritz Paris’s amenities go beyond the ordinary, an approach aimed at fulfilling guests’ wishes, with the intent of annulling the need to leave the premise of the hotel. The newly redone Ecole Ritz Escoffier offers a wide range of cooking courses for beginners and pros alike. Thoughtful chefs (translators included!) guide students through the variances of French cuisine, completing each session with a toast to the inevitable success of the class.

The Ritz Paris Boutique, located aside the hotel’s luxe gardens, more or less embodies an indoor shopping gallery with the city’s iconic brands as well as a number of inspired collaborations.