“the max” is open and it’s in chicago

there’s a saved by the bell inspired pop-up diner in chicago! 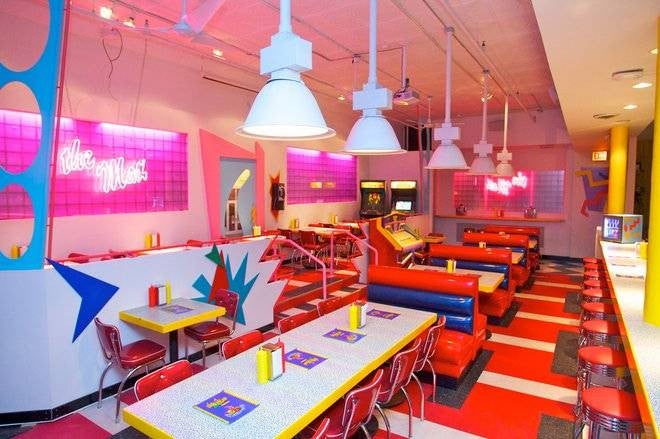 Photography by DAVID MILLER VIA VOGUE.COM

Located in Chi-town’s hip neighborhood of Wicker Park, Saved by the Max is open to the public from June 1st to August 1st; with walk-ins available for brunch and late night diners.

The décor—an exact replica of the Zack and the gang’s beloved after school hangout, The Max—was built entirely from scratch, complete with saw-tooth gridded walls and colorful cut-out shapes.

And if that doesn’t get you so excited (that you just can’t hide it), Saved by the Max will also hold special “Bayside After Dark” events, including Saved by the Bell trivia nights, magic shows from none other than the original Max, and live musical performances from the in-house band, the Zack Attack.

However there are also a few notable additions to the place, such as “Zack’s DJ Booth,” and a private VIP dining room modeled after Mr. Belding’s office. Additionally, the staff will don nostalgic uniforms—aka red shirts and black shorts— à la The Max and answer only to either “Kelly” or “Max,” the show’s most famous servers.