Conspiracy Theory, Starbucks Is Misspelling Your Name ON PURPOSE!

Is the infamous Starbucks name fail a result of genuine misunderstanding, or a vast conspiracy that goes right to the top? Let’s journey through the looking glass. 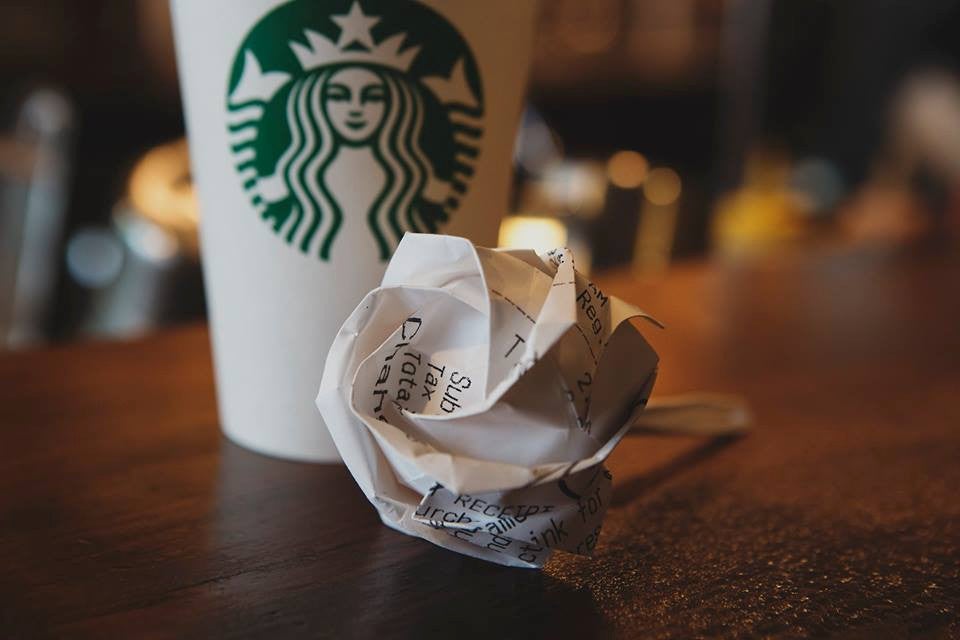 As much as PSLs, diet-busting Frappuccinos, and its Sarah McLaughlin albums at the cash register, Starbucks is known for diligently taking down each and every customer’s name and mangling them in inventive, unexpected ways. “Naomi” becomes “Nomal”, “Ashley” becomes “Hashton”, and Sonia becomes “Lasagne”. These are all things that actually happened.

But perhaps this isn’t just a matter of screaming your name in a crowded, busy store where Mumford and Sons has been turned up to full blast. Perhaps the hard-working baristas aren’t turning “Jennifer” into “Jilvyw” because they’re slammed. Maybe there’s something deeper and more nefarious going on. Prepare to be awakened.

According to a new theory making the rounds on message boards and Facebook feeds, Starbucks workers are misspelling your name on purpose because the corporation is stunting for the grams.

In the video below, Super Deluxe sent their intrepid reporter Molly to several locations and had her name transmogrified into “Molli”, “Mali”, and, you know it, “Mommy.” It’s to be expected. From there, the team takes a hard turn and suggests that the misspellings are all part of a plot to get you, the aggrieved/amused customer, to snap a pic of the botched name and share it on your social media platform of choice.

As you’ll note, Super Deluxe provides no evidence of the conspiracy and, for that matter, may not even be serious about it at all (it’s hard to tell). And, yet, doesn’t it make sense? Doesn’t it feel right? Certainly, believing that a vast international cabal of marketers, baristas, and shadowy corporate overlords are working together to transform “Melissa” into “Moniasa” to take over your Instagram feeds is more fun than accepting that sometimes people just screw things up a little. Let’s have fun.