It (literally!) elevated it. 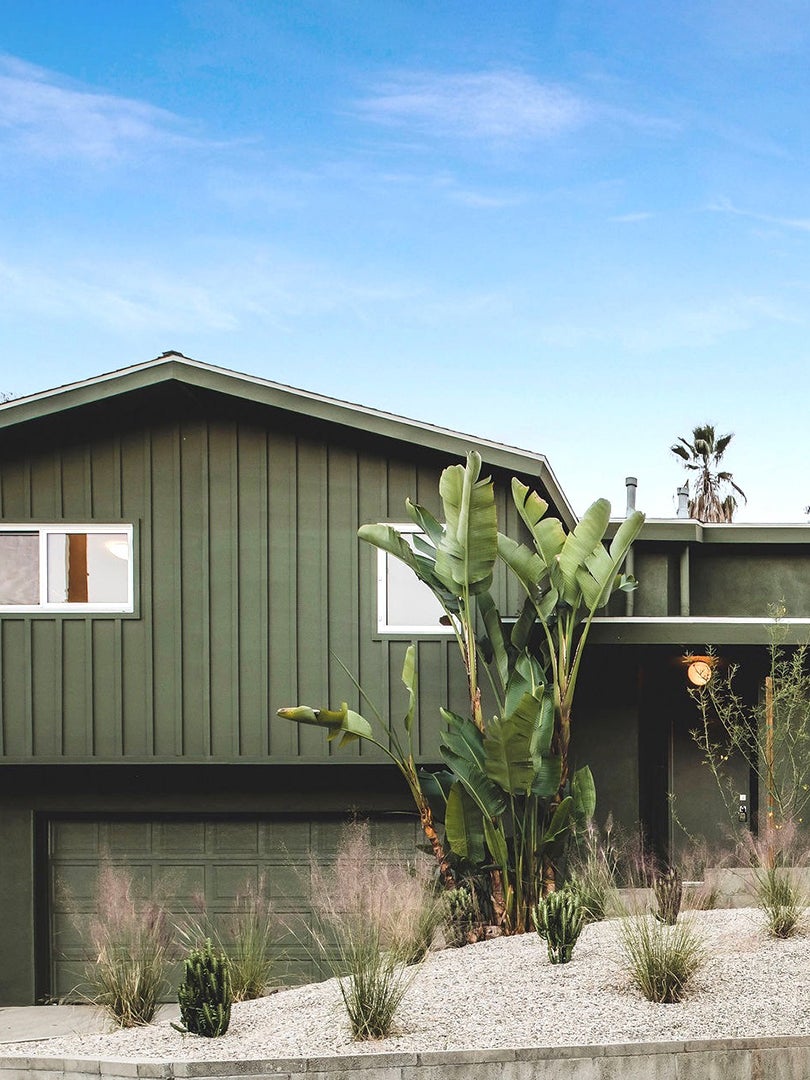 From the outside, the Eagle Rock, Los Angeles home looked like your typical 1960s split-level, tucked away at the end of a small cul-de-sac on a steep hillside yard with a kidney bean–shaped pool. But inside it was “very slapped together,” as Kristin Korven, one part of the duo behind the architecture firm Part Office, puts it. “There wasn’t a lot of meat to work with.” The 2,185-square-foot space had been haphazardly added onto over the decades, amounting to three different stories that shared none of the same finishes (picture a crazy mix of carpeting and vinyl). Korven and cofounder Jeff Kaplon were brought on by the then current homeowner, a couple with two children who had purchased the house sight unseen, to mend the splits.

Step one: Relocate the bedroom and en suite bathroom (it eventually became a powder room) on the main level in order to expand the kitchen, dining, and living areas. “They really wanted the ground floor to act as a hangout and social space,” says Kaplon. But that wasn’t even the biggest puzzle to solve.

The central staircase was the most problematic area of the house. The choppy structure of inconsistent rises, runs, and landings blocked the view from the front living room to the kitchen and backyard zone. Surprisingly, though, “we came to the conclusion that we should just celebrate the fact that it was kind of strange and illogical,” notes Kaplon.

The architects did their best to open it up and peel back some of the fussy half walls, and turned it into a feature moment by cladding parts of it in marine-grade plywood and adding a window in the upper landing to help flood the stairwell with natural light throughout the day. “It gives you the visual connection diagonally from the front, all the way down to the rear yard, but also from the kids’ rooms on the second floor,” says Kaplon. “They could peer downstairs from there.”

On the ground level, they clad a built-in bench in the same material and added doors for shoe storage (the lower set of stairs lead right to the garage, so it’s a convenient spot to store outerwear).

The existing ceiling was vaulted with a structural tree (a.k.a. a central post that supports various beams that redistribute the load of the new volume and layout). It was an easy decision to make after the designers ripped open the old Sheetrock and found that the house’s architecture would allow for more headroom. “Similarly with celebrating the stairs, we wanted to show what was going on up there, so that’s why some of the beams are exposed,” says Kaplon.

Fortunately, using affordable plywood in a lot of areas (including the pitched ceiling) helped even out the cost of the splurge-worthy Italian terrazzo floor tiles from Concrete Collaborative. And in any case, “we didn’t want this house to feel super-high-end,” notes Korven. “The plywood came in as this warm, natural element; a nice paradox with the polished stone.” The pair looked at dozens of sheets and hand-selected each one, opting for really simple joint details over popular exposed edging. “It’s a really common building material, so we wanted to make sure we treated it with a certain level of respect,” says Kaplon.

Window Into a New World

Sliding glass doors now offer instant access to the pool deck outside, while a new long, skinny rectangular window in the kitchen is all about continuing the views. Picking fresh paint for the facade was one of the very last decisions the designers made, so they made it a power move, opting for Behr’s Russian Olive. We’re green with envy, to say the least.