Who said utensils had to go below your countertop? 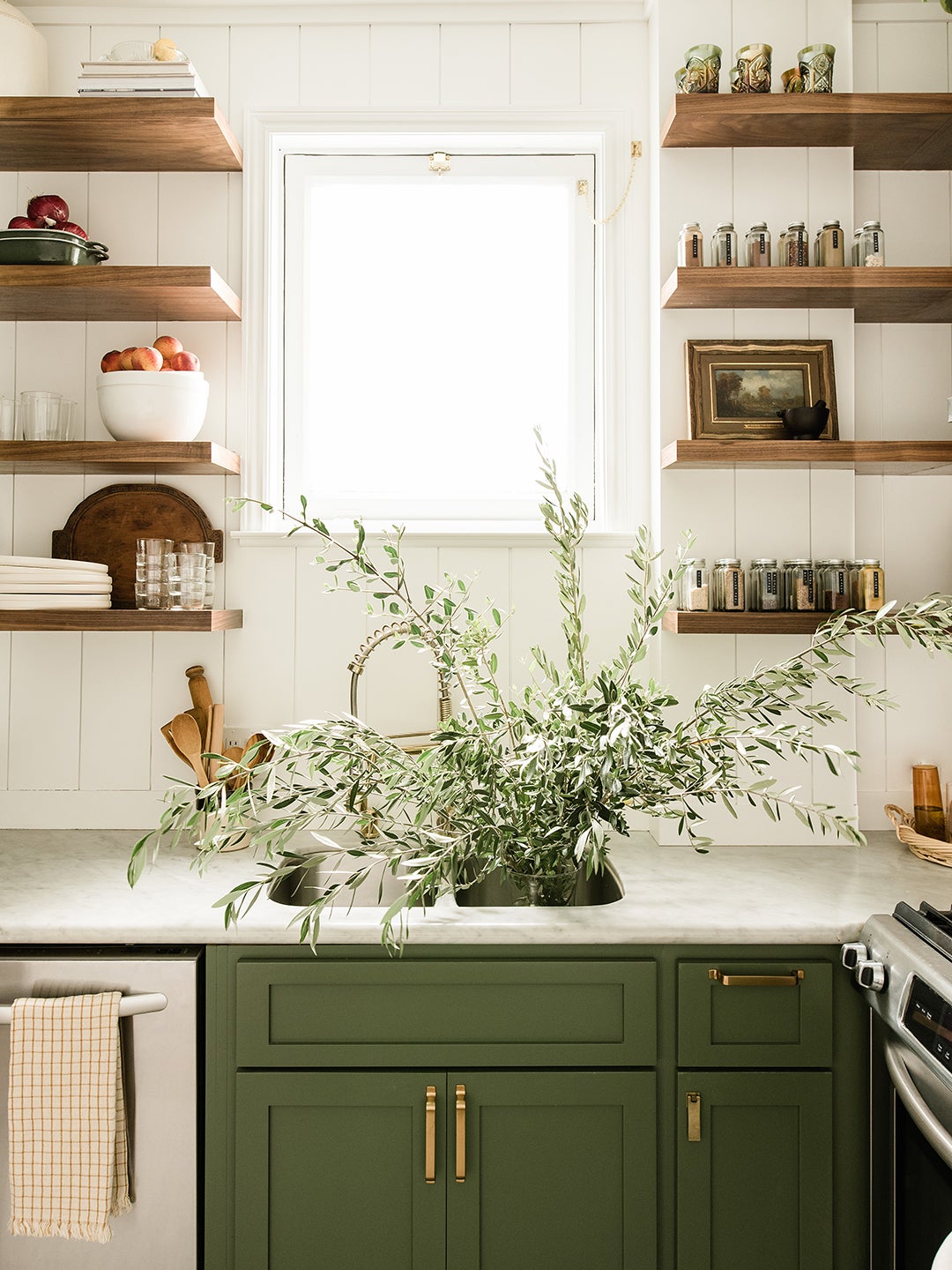 When sisters Samantha Buckley and Anastasia Casey bought a 1917 Victorian flat in downtown San Francisco, the apartment had only one 6-inch-wide drawer in the flipper-grade kitchen. Fast-forward 10 years: Buckley, who now calls the spot her forever home (Casey moved out and onto Austin), decided it was finally time for some more drawers—five more, to be exact.

But the room’s small and quirky footprint didn’t allow for a conventional cabinetry layout. In other words, not all of the utensil nooks would fit below the countertop, so the pair, who collaborated on the renovation, had to think outside of the base. “That’s when we decided to replace an awkward upper corner cabinet, square it off, and add two skinny drawers and a custom pantry,” says Casey. 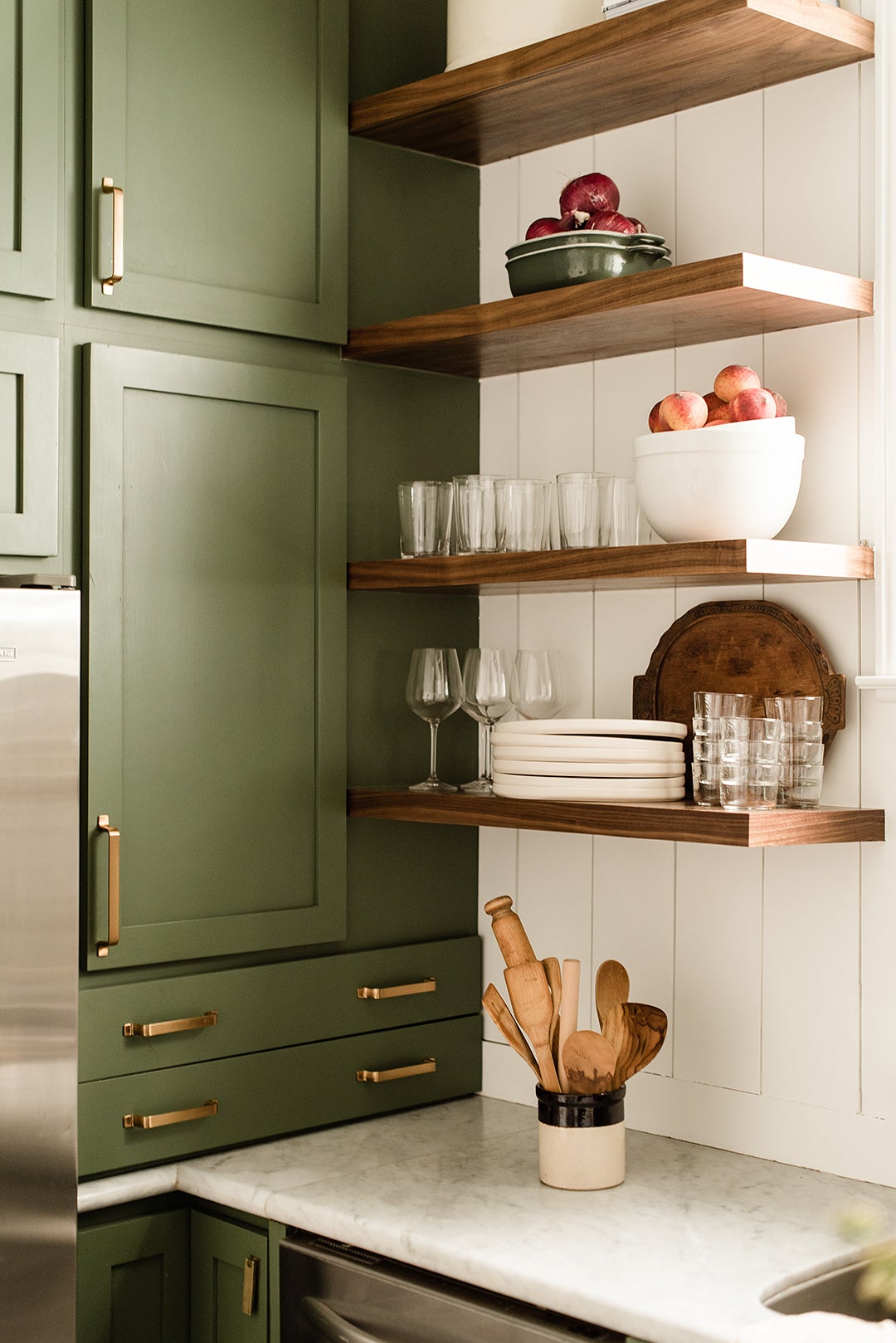 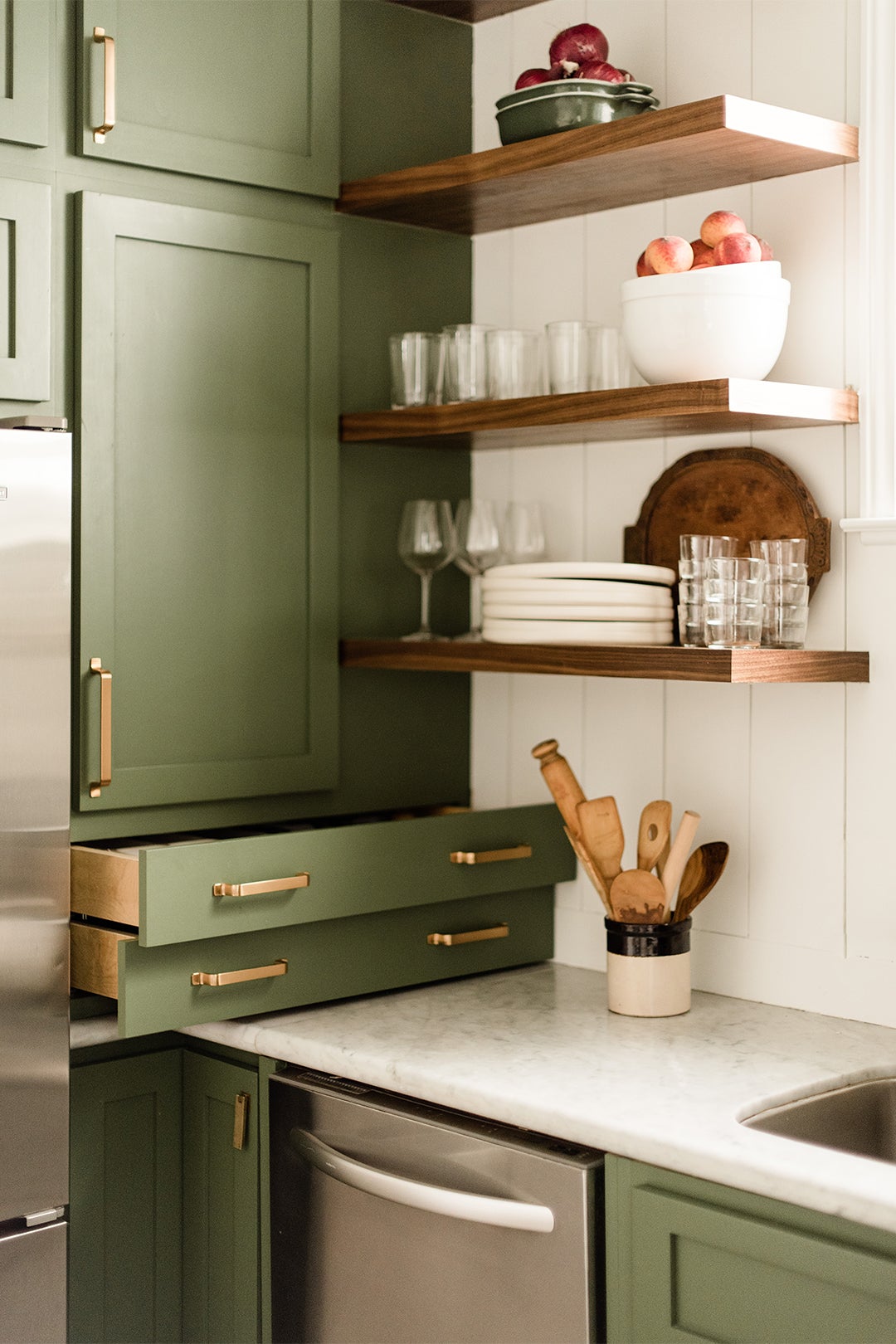 The small but deep drawers that are positioned on top of the countertop in the corner house occasional cutlery, serving napkins, and other entertaining ware. And the placement isn’t the only thing that isn’t typical.

Their millworker, Jasper, was the one who came up with the unique construction. Instead of positioning the pull-out hardware on the sides, which is typical for a drawer, he installed it underneath so it can support the weight of the heavy metal items inside while allowing Buckley to pull them out fully (instead of just three-quarters of the way). The boxes also hover a solid inch and a half above the marble countertop, so etching isn’t a concern.

While all the other cabinet fronts have raised Shaker-style trim, including the new boxes that Casey and Buckley ran up above the door portals for extra storage space, they skipped the detail for these two upper flatware drawers. “It was just too shallow,” says Casey. “But it actually really adds to the bespoke, built-in feel—the difference doesn’t make it look like it’s just a bunch of prefab cabinets.”