What’s the Difference Between a Sustainable Velvet Sofa and a Regular One?

A whole bunch of plastic bottles, for starters. 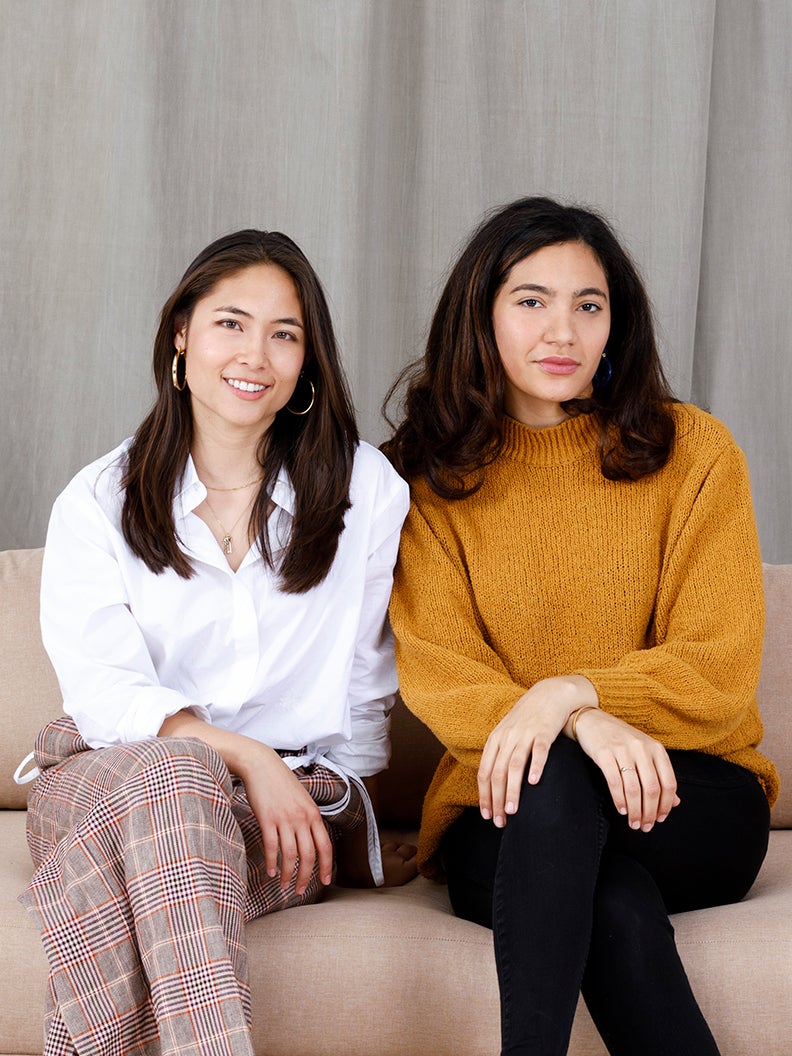 Caitlin Ellen and Phantila Phataraprasit have taken their furniture on a grand tour of Manhattan. While shooting the lookbook for their brand, Sabai, they lugged their sectionals all over the island: from apartment rooftops to Washington Square Park to Chinatown. “I’ve become a U-Haul driving expert,” jokes Ellen.

This hands-on approach is par for the course for the duo. After meeting at Columbia University and bonding over a mutual interest in the environment, they launched Sabai, a sustainable direct-to-consumer company that has one crucial leg up on the competition: its price range. “We don’t have a background in design, but while we were looking to furnish our own homes, there weren’t a lot of options that were in our budget,” says Phataraprasit. “So we decided to make what we wanted.” Her flashbacks of the early days include cold-calling a roster of manufacturers and getting rejected—affordable and eco-friendly furniture does exist, but not at the same time. People were initially hesitant to get on board.

“The goal is to be the Impossible Burger of furniture, in that we’re making eco-conscious living accessible,” explains Ellen. “We want it to be an afterthought: You’re enjoying this sofa, and it just happens to be sustainable.”

One way they’re accomplishing this is by creating pieces that have proven popular. Unlike many environmentally savvy brands, which frequently limit their selection to an organic, neutral aesthetic, they offer the millennial It product of the moment: jewel-toned velvet sofas. It’s easy being green when the offerings are this trendy.

While the plush material is usually made from polyester or cotton, Sabai uses 100 percent recycled water bottles for its take—which inherently makes it stain-resistant, too. The cushion is made from high-resilient, chemical-free foam, the backbone relies on recycled fiber. It’s a complicated production, involving shredding the containers and turning them into fibers—but according to Phataraprasit, it doesn’t actually take any longer to create than non-eco-friendly velvet.

Typically, more complex processes are cited as the reasoning for hiked-up prices. Sabai has kept costs down by offering flat-pack shipping and domestic manufacturing partners. Its velvet is a tad more expensive to create than the competition’s; as a result the company’s sofas weigh in at $1,095. Though in comparison to Article’s, which range from $999 to $1,699, and West Elm’s, which average around $1,000, it’s a negligible bump. By leveling the playing field when it comes to price, style, and accessibility, Sabai is proving that the only real difference when it comes to choosing sustainable furniture is the material itself.

Despite only officially launching in January, the founders are looking ahead. They’re employing the same hands-on approach they used to create their photo shoots to their next steps, taking to their Instagram Stories to poll customers on everything from colorways (turns out, olive green has a stronger fan base than lavender) to new products. Currently that looks like an exposed-frame armchair and an eco-conscious alternative to their cotton fabric—hemp is a strong contender.

“We’ve always tried to take the approach of talking to people as much as possible, because that’s the whole point,” says Phataraprasit. “I think it’s really important for us not to make anyone sacrifice in order to live sustainably,” adds Ellen. “The way you’re going to get more people to engage in a clean lifestyle and purchase according to their values is to make it the easy choice.”