No, it’s not a nickname. 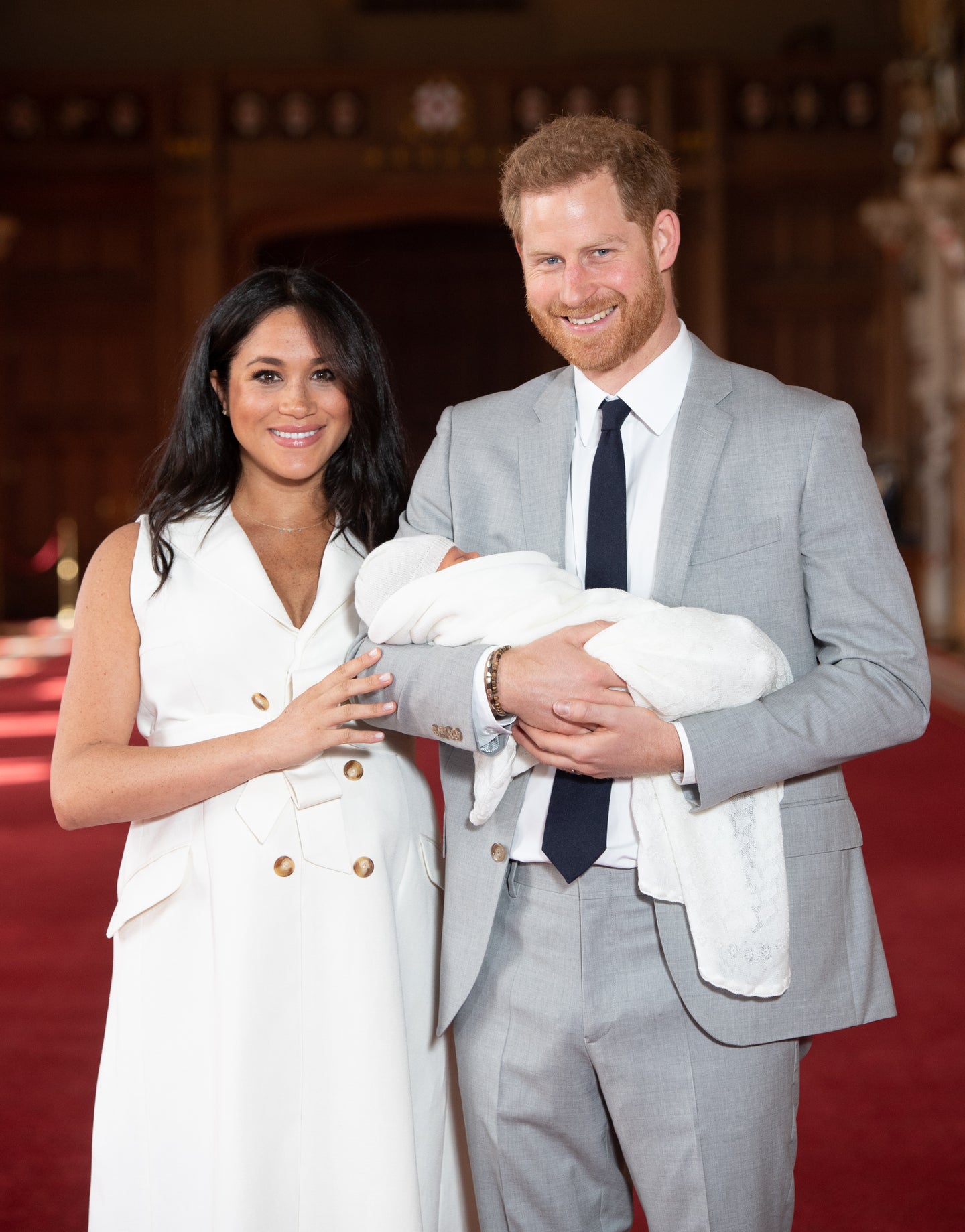 Meghan and Harry have stepped out with Baby Sussex for the first time and revealed what we’ve been long awaiting: His name, officially, is Archie Harrison Mountbatten-Windsor.

Yes, that’s right: The baby’s name strays from the top predictions, all of which nodded to British royal history. And no, Archie is not short for Archibald. Consider this a totally new direction for the family.

While many betters placed their money on names beginning with an A (Arthur, Alexander, and Albert), Archie came in as a dark horse. After all, the Daily Express did suggest that the royal couple planned on picking an “unusual” name for their child that would unite the UK and the US. Who knows? Maybe they’re fans of the classic comic strip or the contemporary teen drama series on the CW, Riverdale.

Admittedly, Archie is a popular name in the UK, as Evening Standard notes, and the name’s original Germanic meaning translates to “brave.” Harrison, the newborn’s middle name, has a delightfully on-the-nose meaning: son of Harry. How apt!

There is one question that remains: Why did Prince George, son of William and Kate, profess to a passerby in January that “Archie” is his nickname? Is there something the 5-year-old knows that we don’t? Are there now not one but two Archies in eventual line for the throne? Honestly, it’s a bit unclear. But one thing’s for sure: Baby Sussex and his name are totally adorable.

Well, it’s official: Meghan Markle has given birth to a healthy baby boy. The Duke and Duchess of Sussex confirmed the birth on their Instagram, and Harry spoke to the press, expressing his admiration for his wife and his joy about becoming a father. Now, there’s one thing that are anxiously anticipating  with bated breath: the announcement of the baby’s name.

In traditional royal fashion, the newborn’s name wasn’t revealed in his birth announcement. Rather, the whole family will make their public debut in two days (mark your calendar) and announce the new royal baby’s name. After all, as Harry noted, they’re still mulling over a few options, but since the baby was a bit overdue, they’ve “had a little bit of time to think about it.” We won’t know for sure until Wednesday, but we have some good guesses what the little one’s name may be.

According to UK betting site Ladbrokes, the top runner with a 5/1 likelihood is Arthur, which is a middle name of both Prince Charles and Prince William (and also the first name of Pippa Middleton’s son). Next is Alexander with 6/1 odds and Albert with 8/1 odds. Rounding out the top five are James and Philip.

Now, these are all quite traditional names for the royal family, but Meghan and Harry have strayed from tradition in the past, so who’s to say they won’t now? Also listed on Ladbrokes are a few more wildcard options, including Bradley, Barack, and Ross—though admittedly, the odds for those names are quite low. No matter what his initials end up being, we think these monogrammable picks could add just the right dose of personalization to his nursery.

This sweet gingham romper is just the thing for the English countryside.

See more Meghan & Harry: The Royal Baby Has Arrived—Here’s Everything We Know So Far Meghan and Harry Stayed in a Dreamy Farmhouse for Their Babymoon—Peek Inside The Vegan Paint Brand Meghan Markle Will Be Using in Her Nursery