In her new book, Francophile Lindsey Tramuta captures the heart of the modern French city. 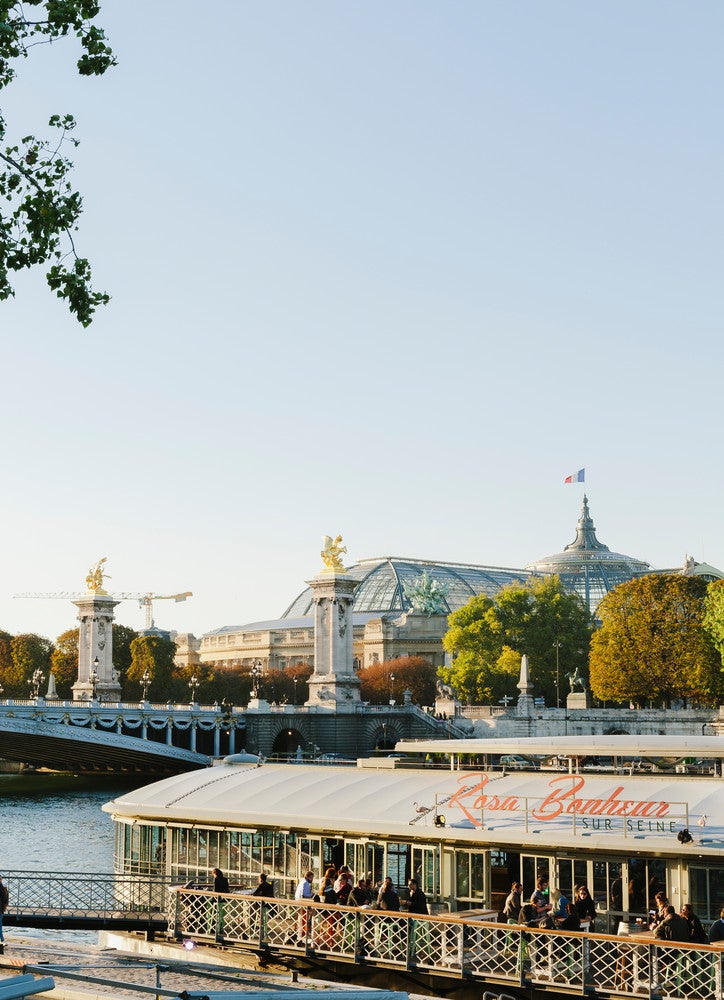 In Lindsey Tramuta’s The New Paris (out now from Abrams), the American writer and France transplant offers a fresh take on Paris. “The New Paris is as much a spirited movement as it is a way of defining the city’s energy today,” says Tramuta. “It’s composed of an emerging creative class, entrepreneurs, crafters, and makers, both French and foreign, that are helping to propel the city forward. They honor the past—techniques, artisanal practices, styles—but make it relevant for a modern city.” The creator of the Lost in Cheeseland blog, Tramuta moved to Paris several years ago with her husband and two cats to write about French culture. “Postcard Paris is only one fragment of the city and a largely fetishized one at that,” she explains. “The real Paris is much more than the sum of its monuments and corner cafés.”

Les Bains was once the hottest nightclub in Paris, bringing in the likes of Naomi Campbell, Andy Warhol, and David Bowie, before it closed in 2010 due to structural hazards. It breathes again as a hotel, restaurant, bar, and bien sur nightclub that is attracting a new generation of partiers.

You wouldn’t guess it from the nondescript exterior—big terrace, all black facade, nary any signage—but Martin is the quintessential neighborhood bistro that draws a crowd of regulars for its stupidly simple (but sensational) snacks and small plates and superb wine list. I usually order one of everything off the chalkboard menu and heed the sommelier’s recommendations.

South Pigalle’s bon vivant spirit is alive and well at Le Pigalle, a boutique hotel with 40 rooms dressed up in Nouvelle Athènes style. By day, the lobby is a popular work and meeting space for locals who come for the atmosphere and one-euro espressos, but by night it’s an in-the-know crowd of epicures who sip glasses of natural wine and nibble on simple, small plates in the wine bar managed by Camille Fourmont of La Buvette.

Maison Château Rouge is an African wax-printed clothing and accessories label with a philanthropic commitment to supporting new businesses in Africa. The collection is inspired by the vibrant colors, prints, and wax fabrics of the neighborhood after which the brand is named.

Parisian designers are the entire focus at Sept Cinq, named for the capital’s postal code. At the owner’s flagship store at the recently refurbished Forum des Halles, they offer a carefully curated collection of lifestyle goods and accessories from designers Bobbies, Meilleur Ami, and Tammy & Benjamin, to Letterpress de Paris stationery. Shop on one side and stick around for tea, scones, and other treats in their tea salon.

Situated a few blocks from the Pompidou Center, Cafe Loustic is one of the early pioneers in the craft coffee movement, brewing primarily from Belgian roasters Caffènation. Sought-after interior designer Dorothée Meilichzon dreamed up the space, which is done up in a bamboo bar, reprinted Hermès wallpaper from the 1950’s, a long, cozy banquette, and red and white floor tiles.

• 5 Things to Buy at One of the Chicest Stores in Paris • 37 Paris Airbnbs that Define Chic  • City Guide: With Love, From Paris